Alaska Airlines announced today it will discontinue its support of the Iditarod Trail Sled Dog Race after more than 40 years.

The move comes after years of pressure from animal rights organization PETA (People for the Ethical Treatment of Animals).

“The victory was achieved only after the airline heard from nearly 100,000 PETA supporters, met with our representatives, and faced protests outside its corporate headquarters,” PETA said in a statement.

The Iditarod is Alaska’s most iconic sporting event. It is an annual long-distance sled dog race that starts in Anchorage and ends in Nome.

Alaska Airlines joins a long list of companies that have cut ties with the Iditarod. Other companies include Jack Daniel’s, Coca-Cola, Costco, State Farm, Wells Fargo, Nestlé, and Pizza Hut. 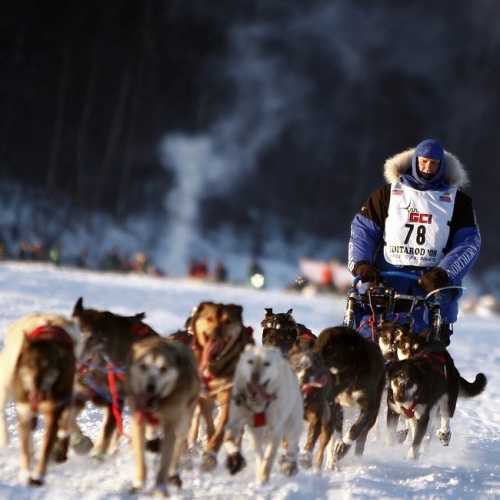 According to Peta, more than 150 dogs have died since the first Iditarod race in 1973.

The Iditarod and Animal Cruelty

During the Iditarod, dogs are forced to run nearly 1,000 miles in subzero temperatures and snowstorms. According to PETA, “more than half of [the dogs] who start [the] race don’t finish because they’re too ill, injured, or exhausted to go on.”

In a statement, PETA revealed more than 150 dogs have died as a result of the race since the first Iditarod in 1973. This figure does not include dogs that died off-season or those purposely killed.

In 2017, the animal rights organization exposed a veteran musher’s claim that hundreds of dogs were bred to race and killed because they were too slow or weak.

“Dogs were tied to a Jeep and forced to run for 50 miles. Injuries—even leg injuries—didn’t matter. They couldn’t stop for anything—not for exhaustion and not to relieve themselves,” the investigator said in a statement.

Tricia Lebkuecher, a PETA campaigner from Tennessee, told Rolling Stone: “We all think animals deserve a basic modicum of respect and dignity, to have their needs met without people abusing and exploiting them.”

She added: “These dogs [are] pushed far beyond their physical limits when they are forced to run this race.”

The Iditarod begins Saturday, March 7 with the ceremonial start in Anchorage. Alaska Airlines says this is the last year it will sponsor the race.