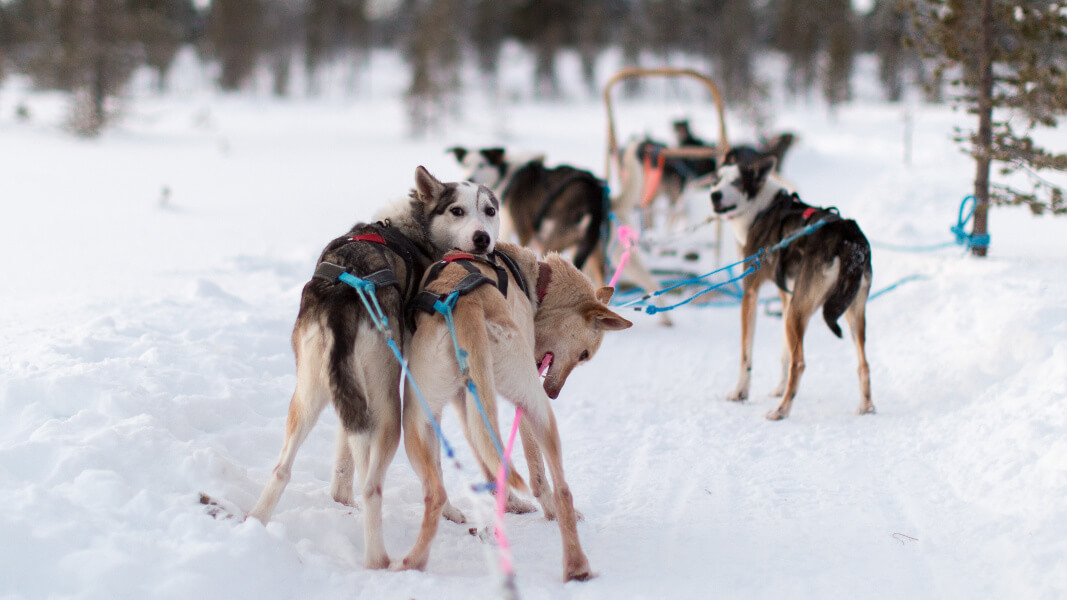 Like many, Mike Cranford, known as “River Mike” among his colleagues, began his job as a dog handler for Iditarod mushers out of a love for man’s best friend. However, when faced with the harsh reality of how the famous sled dog race treats canines, he felt he had no choice but to quit.

In the documentary “Sled Dogs,” the first film to look at what happens to sled dogs after the annual Iditarod Trail Sled Dog Race, Cranford told the story of a pup named Mike who he had promised to take with him before he left the industry for good. “I wanted Mike because they had told me how much they had beat him and how…. ,” he paused, holding back tears. “It’s hard for me to talk about him. He had been totally broken. Mind and spirit, just, totally.” Cranford was able to rescue Mike the dog, who was adopted into a loving home.

After quitting his job as a dog handler, Cranford became a regular participant at Iditarod protests and actively worked to put a stop to dog sledding. Determined to see an end to the cruel treatment of dogs, he reached out to international animal rights organization PETA (People for the Ethical Treatment of Animals) on his deathbed to call for an end to Iditarod and for all dogs to be freed. He passed away in August 2018.

According to PETA, thousands of dogs are bred each year to be used in sled races. Those not chosen for the race often spend the majority of their lives tethered in small kennels, like veal calves, with nothing more than plastic crates to protest them from freezing temperatures. The organization notes that many dogs are shot, bludgeoned, or abandoned. Other dogs have frozen to death or perished after trying to survive by eating rocks.

“[At one] kennel I worked at, the manager would walk through the dog yard with his pistol shooting dogs for fun. He thought it was great sport,” Cranford revealed.

“Culling unwanted dogs is an on-going mushers’ practice, and one racer had numerous pits full of dead dogs, from puppies to oldsters—some skinned for parka ruffs and mittens,” he continued. “On-going cruelty is the law of many dog lots. Dogs are clubbed with baseball bats, and if they don’t pull, [they’re] dragged to death in [the] harness. (Imagine being dragged by your neck-line at 15 miles per hour while suffering a major heart-attack!)”

The harsh race is no better for dogs than the abuse and neglect suffered in kennels. Dogs chosen to run the Iditarod are expected to run more than 1,000 miles over ice and through harsh snowstorms. Race rules require dogs to get only 40 hours of rest over the entire span of the race. During this year’s race, 350 dogs were pulled out due to exhaustion, illness, and injuries including stomach ulcers, cuts and bruises, and strained muscles. The leading cause of death in Iditarod is a condition where dogs choke to death on their own vomit from being forced to run.