Albany-based all-natural soap brand RAD Soap Co has launched a new Jurassic World themed range of vegan products. The brand signed a deal with Universal Studios to make the new range, which is now available from the RAD Soap website and Amazon.

Co-founder Sue Kerber hopes the new partnership with Universal will bring the company international exposure. “It’s been really a great opportunity for us and we [have] learned so much [working with Universal],” she said to the Albany Business Review.

The new products, the Jurassic Mask, Jurassic Mud – Blue, and Jurassic Mud – Indoraptor, are formulated from two hundred-million-year-old minerals, which contain the “most abundant amount of calcium and magnesium known to man,” according to the RAD Soap website. It continues, “[the Jurassic Clay Mask] releases the wonders of the numerous minerals locked within it onto the body to give you a clean, healthy, and fresh look. With a refreshed soothing feel and a calming aroma, Jurassic Clay Mask is not just a facial treatment; it’s an incredible breakthrough in the world of beauty and skin care products.” 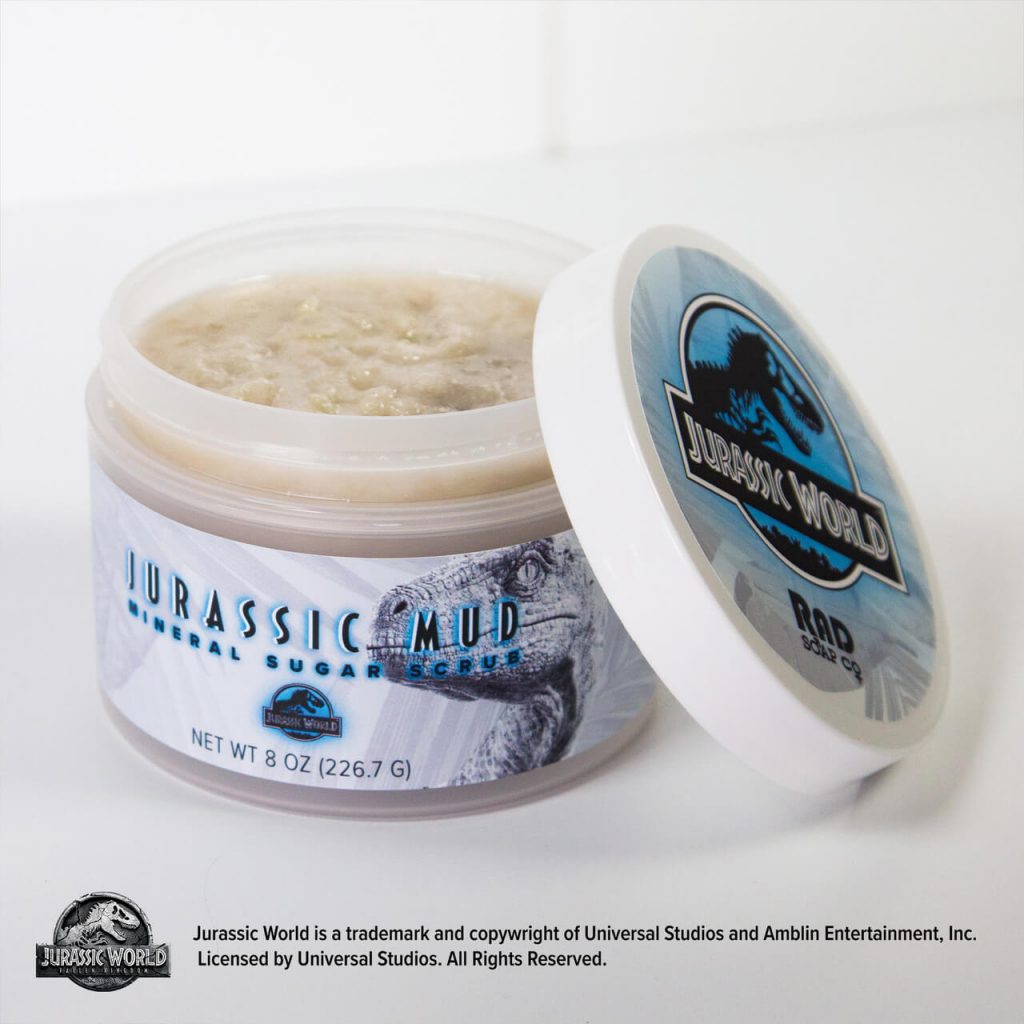 RAD Soap Co is completely vegetarian and ninety-eight percent vegan – some of its deodorants, lip balms, foot therapies, and natural band-aids contain beeswax. However, all of its products are strictly natural and designed for sensitive skin. Kerber and her team operate by the motto “If my family won’t use it, then we won’t sell it.“

The new Jurassic World film “Jurassic World: Fallen Kingdom” also promotes a strong animal welfare message, according to executive producer and co-writer Colin Trevorrow. One of the prominent themes of the film is poaching, an issue that is rife in many countries around the world and affects a number of endangered animals. “We looked at real animal trafficking in the world and what that process is,” Trevorrow explained. “First there’s capture and then there’s going to be an auction of some kind, a sale.”

He continued, “we were following something that felt grounded in the reality that we know. It’s a rule that we have that we don’t want the dinosaurs to do anything that real animals wouldn’t or couldn’t do.”