Aldi — which has more than 1,900 locations across the U.S. — offers a wide range of vegan options.

Recently, the “bleeding” Beyond Burger by Beyond Meat also landed in stores. Made from pea protein, the plant-based burger is popular predominantly with meat-eaters for its beef-like taste, texture, and appearance. 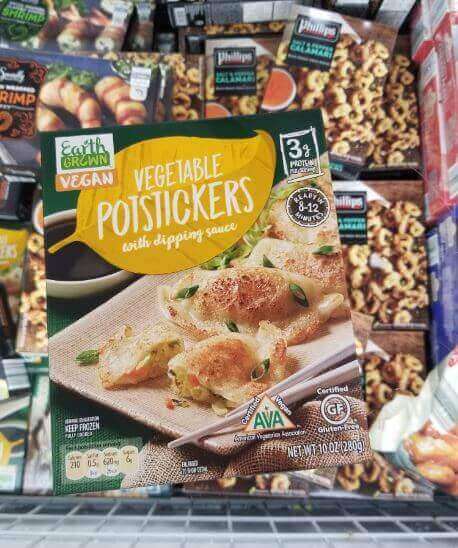 Vegan Vegetable Potstickers are back on the shelves at Aldi

By popular demand, the chain also recently brought back its Vegetable Potstickers with Dipping Sauce. It announced the new addition on Instagram. “They’re back! Hurry in for some of our favorite Earth Grown vegan delights,” AldiUSA wrote.

It hinted that the potstickers are also limited edition, stating that they’re “available while supplies last.”

Customers are pleased about the chain’s expanding vegan range. One Instagram user commented on the post, “Thank you so much for bringing new vegan options! It is so convenient to be able to do all the grocery shopping for my kids (non-vegan) and myself (vegan) in one stop.” Another added, “Aldi is legit my only grocery store after all the vegan options came out.”

Aldi has stores in 20 countries and many of them are now offering more plant-based food options.

Aldi Süd — the second most vegan-friendly supermarket chain in Germany, after Aldi Nord — recently announced the launch of the vegan Wonder Burger. Similar to the Beyond Burger, the protein-packed “bleeding” patty is made with soy protein, coconut oil, and corn starch.