The first product under the new brand is a two-pack of vegan beef quarter pounders. The “succulent” patties are made with soy and pea protein and are flavored with smoked salt, according to the Daily Star. Each burger offers more than 20 grams of protein and has less than 3 grams of saturated fat. The I Am Vegan packaging encourages shoppers to “plate up the plant.”

Julie Ashfield, Managing Director of Buying at Aldi, said that the I Am Vegan launch was inspired by demand. “The launch of I Am Vegan is in response to the growing popularity and appetite for vegan options amongst our customer base,” she said in a statement.

Ashfield added, “We continue to review our range to ensure that it meets the needs of our customers and we look forward to expanding it even further over the coming months.” 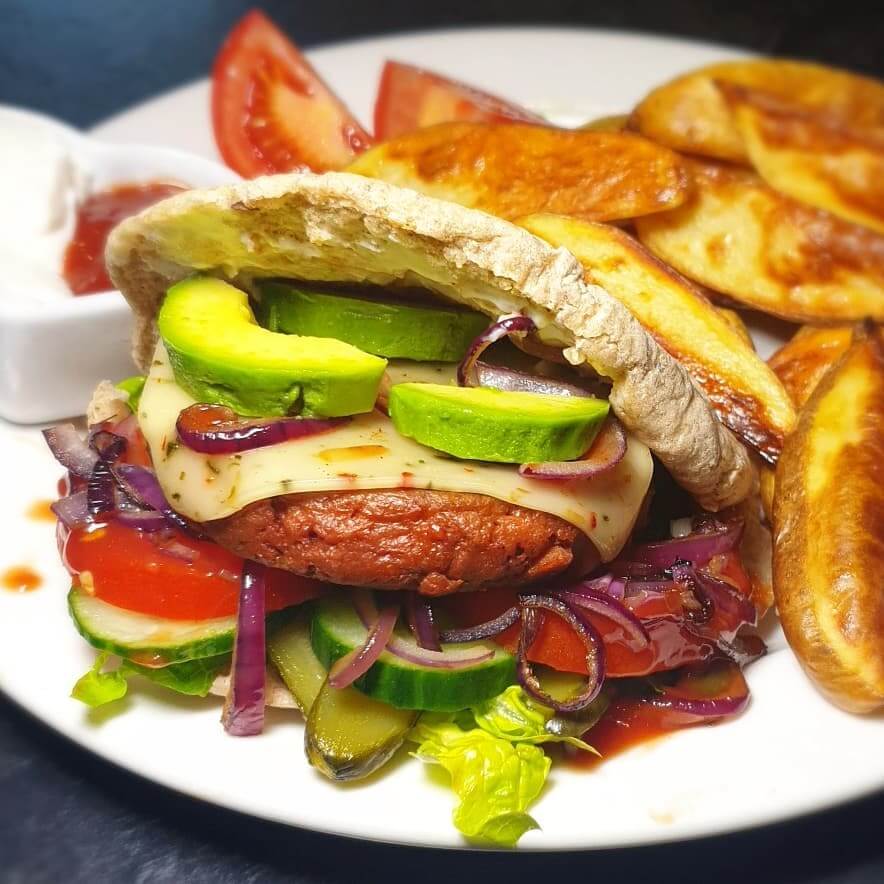 A shopper shared a photo of Aldi’s I Am Vegan patty in a burger with nondairy cheese | image: aaroncaldervegan/Instagram

Aldi’s love for vegan food spans further than its UK locations. Aldi supermarkets in the United States will launch five new veggie patties under its Earth Grown line later this month. The burgers will come in flavors Buffalo Chickenless, BBQ Chickenless, Mushroom Risotto, Lentil Veggie, and Southwest Quinoa Crunch. The latter three are made with whole grains, legumes, and vegetables whilst the meat-free chicken patties are made with soy protein. They’re all low in saturated fat, according to Cooking Light.

Aldi in Australia expects the public’s inclination toward plant-based food to continue this year and it is upping its vegan range in response. The retailer introduced macadamia milk, vegan chocolate milk, nondairy custard, egg-free mayonnaise, and vegan brownie mix, as well as several new plant-based meats.