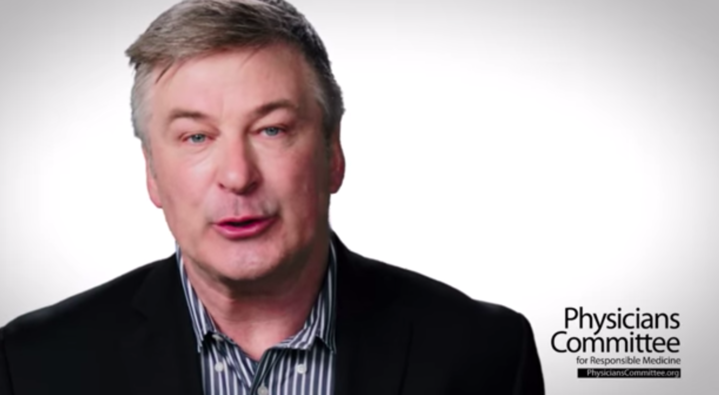 In an op-ed on CNN titled “The Path to a Better Planet Goes Across Your Plate,” Baldwin discusses the recent EAT Lancet report, which evaluated how the world can continue to feed its growing population with a move away from meat, as well as the detrimental environmental impact of animal agriculture.

Baldwin, who has worked with environmentalists and the UN, explains the “frightening” impact of human behaviors on the earth, as well as the consequences of ignoring the warnings from environmental researchers and scientists.

“We are, without much or not nearly enough introspection it seems, destroying the planet’s rainforest at alarming rates. And we are causing global climate change, which, if we do not act, will be our undoing,” he writes.

After three years of hard work, the EAT-Lancet report is now launched! Feeding a population of 10 billion people by 2050 with a healthy & sustainable diet will be impossible without transforming eating habits, improving food production & reducing food waste.?

He reiterates the EAT Lancet report’s conclusion that the best thing people can do to do their bit – for humans and the environment – is to change what’s on their plate.

The report notes that we do not need more land to feed everyone – even the 10 billion expected to reside on the planet by 2050 – but we do need to change the usage of the land we have and transition away from a reliance on animal agriculture. It recommends an overall swap to a predominantly plant-based diet, especially for those living in the west.

“In wealthier countries, we need to shift our diets away from rampant overconsumption, notably of meat, and towards a nutritious mix of plant-based foods that are less resource intensive, require less land and are better for our health,” Baldwin notes. “You and me. A shift to a more plant-rich diet can help save the planet.”

He explains that currently, one-third of the world’s cropland is used for animal agriculture, instead of healthy plant-based foods, like nuts, vegetables, and whole grains. He adds that more than 75 percent of agricultural land around the globe is taken up by the production of meat, dairy, and eggs.

“[It puts] pressure on the world’s remaining forests,” he says, adding that beef production requires 20 times more land than bean production, per gram of protein.

“We can feed the world with the land we have,” he concludes. “While our current food systems are causing great harm to the planet, as well as our health, it does not have to be this way. There is a better path, and it starts with our diets.”