Actor Alec Baldwin is urging SeaWorld to stop its cruel treatment of dolphins. The “Boss Baby” and “30 Rock” star made the request during the marine park’s annual online meeting.

“My question is this,” Baldwin said. “When will SeaWorld stop allowing trainers to use dolphins in harmful circus-style shows that display cruelty, such as riding on their backs and standing on their faces, disguised as entertainment?”

Baldwin refers to a recent report by animal rights group PETA – People for the Ethical Treatment of Animals — which found open wounds and “extensive scarring” on the marine mammals, “but trainers still use them as surfboards anyway, riding on their backs and standing on their faces in demeaning circus-style shows,” Baldwin said. “Allowing trainers to ‘surf’ on dolphins’ backs or pose on their faces puts their health and welfare at risk. Dolphins don’t naturally let humans do these things. This cruel treatment offers absolutely no educational value to the public. It also sends a harmful message to children about the acceptable treatment of animals.”

The move comes after Canada passed legislation earlier this week banning whale and dolphin captivity. The ban prevents marine parks like SeaWorld from using the animals for entertainment purposes. 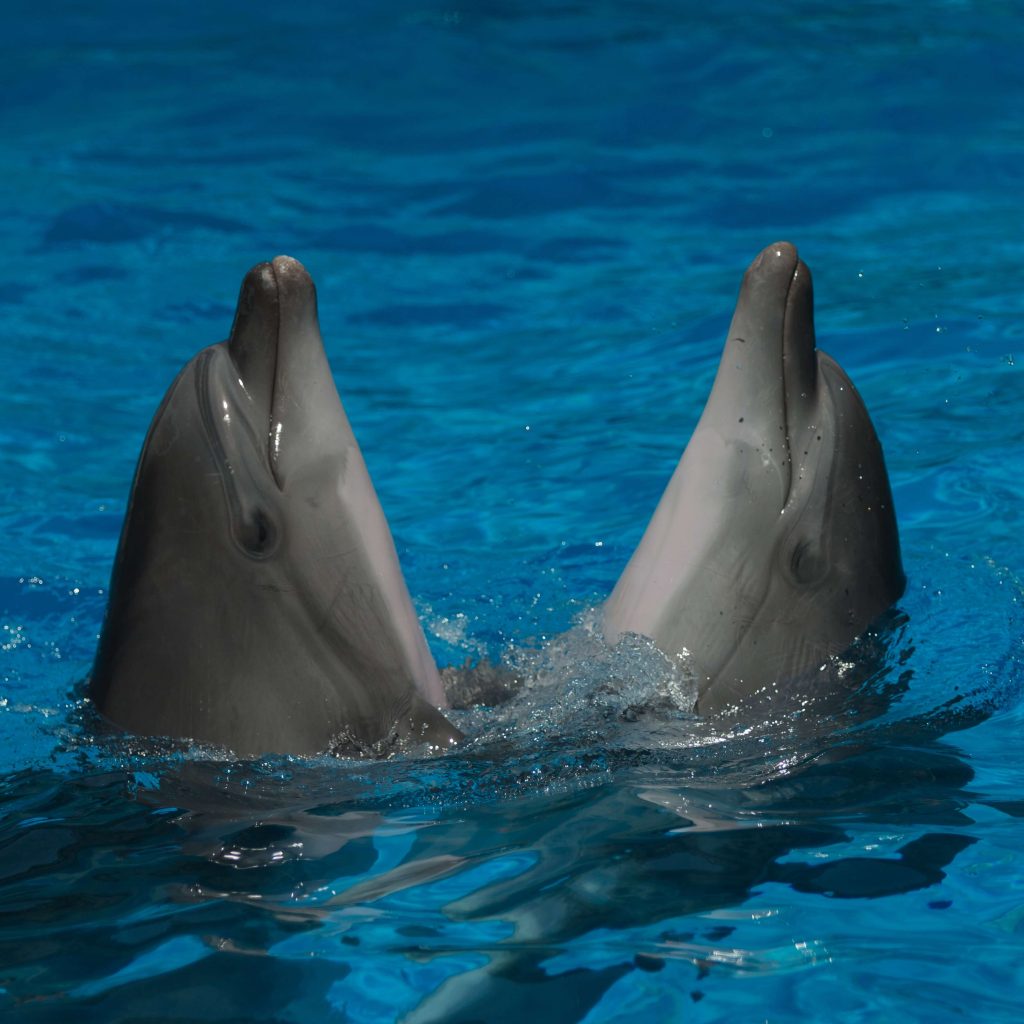 Captive dolphins are trained to do things that aren’t natural

“It’s unacceptable that smart, sensitive dolphins are being used as surfboards and launch pads in demeaning SeaWorld spectacles,” Tracy Reiman, PETA’s Vice President, said in a statement. “PETA and Mr. Baldwin are demanding that SeaWorld trainers take their feet off these animals’ backs and faces.”

SeaWorld has been facing lagging sales and public outcry since the 2013 film “Blackfish” exposed the popular marine park’s mistreatment of its captive killer whales. The film followed the story of Tilikum, a killer whale linked to three trainer deaths spurred on by what experts think was a psychosis brought on by his captivity. But the film also highlighted other issues including separating mother orcas from their babies and the frequent attacks spurred on by the close confinement.

This isn’t the first time Baldwin has spoken up for marine mammals. In 2013, the father of five urged Macy’s to withdraw its SeaWorld float from its Thanksgiving Day Parade. He also recently urged his hometown Massapequa, New York, to prevent another marine mammal park, SeaQuest, from opening a location.