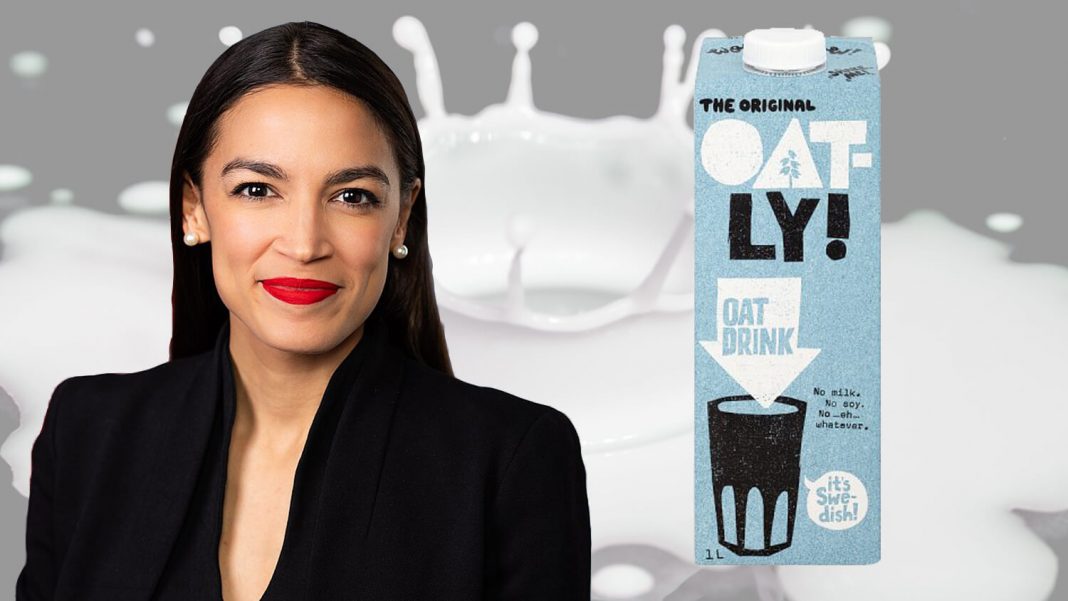 Ocasio-Cortez visited a school assembly in Queens earlier this month, where a student asked what individuals can do to help the planet. She shared the experience on Twitter: “Give your tummy a break! Skip meat/dairy for a meal (easiest is bfast, I do banana & peanut butter).”

Yesterday I visited a school assembly w/ teens in Queens.

One of them asked, “What can WE do to combat climate change?”

2 recs:
– Skip disposable razors+switch to safety razors
– Give your tummy a break! Skip meat/dairy for a meal (easiest is bfast, I do banana & peanut butter) pic.twitter.com/BnAg4x5lGS

The congresswoman previously shared that her favorite milk is vegan, according to a recent story on her Instagram account.

Ocasio-Cortez – the youngest woman ever to be elected to Congress – revealed in her story that she prefers both oat and cashew-based milk to dairy. “I’m very into oat milk right now which, in my opinion, is the best of all the [milk] after cashew milk,” she wrote. “I know [I sound] very bougie right now but almost any non-dairy milk sounds bougie so here we are.”

The 29-year-old politician isn’t alone in choosing vegan milk over dairy. A recent study revealed that purchasing nondairy milk – including oat and cashew, as well as varieties such as soya, coconut, and hemp – is now a frequent occurrence for nearly half of all Americans.

The study noted that health was the main motivation behind these buying habits, but other research has revealed that environmental and animal welfare are also key factors when people decide to eschew dairy products.

Like many young people, Ocasio-Cortez is concerned about the environment. Last November she Tweeted “fight for the planet, fight for our lives. Let’s do this.”

According to QZ, her climate change platform – where she states her hope that the U.S. can transition to carbon-free, 100 percent renewable energy system by 2035 – is the “most progressive of that of any sitting Congressperson in the Democratic party.” She is also a proponent of the Green New Deal, an economic stimulus program aiming to address economic inequality and climate change at the same time.

Until now, she hasn’t spoken out about dietary choices, and recently ate ice cream on the Late Show with Stephen Colbert. Her post about vegan milk follows a plea from blogger Sarina Farb to consider the environmental consequences of meat and dairy production.

In an open letter on her website Born Vegan, Farb wrote to Ocasio-Cortez, “I understand that addressing climate change is a top priority for you, and I am thrilled that you are pushing hard for change at the governmental level with your Green New Deal, yet you are missing one very large piece of the puzzle.”

The blogger noted that whilst the energy sector is a vital factor in addressing carbon dioxide emissions, animal agriculture is the “single biggest overall driver of greenhouse gas emissions.”

“Please, for the sake of our future,” Farb pleaded, “stand with me in support of plant-based living and an end to animal agriculture subsidies which continue to prop up this terrible destructive industry.” 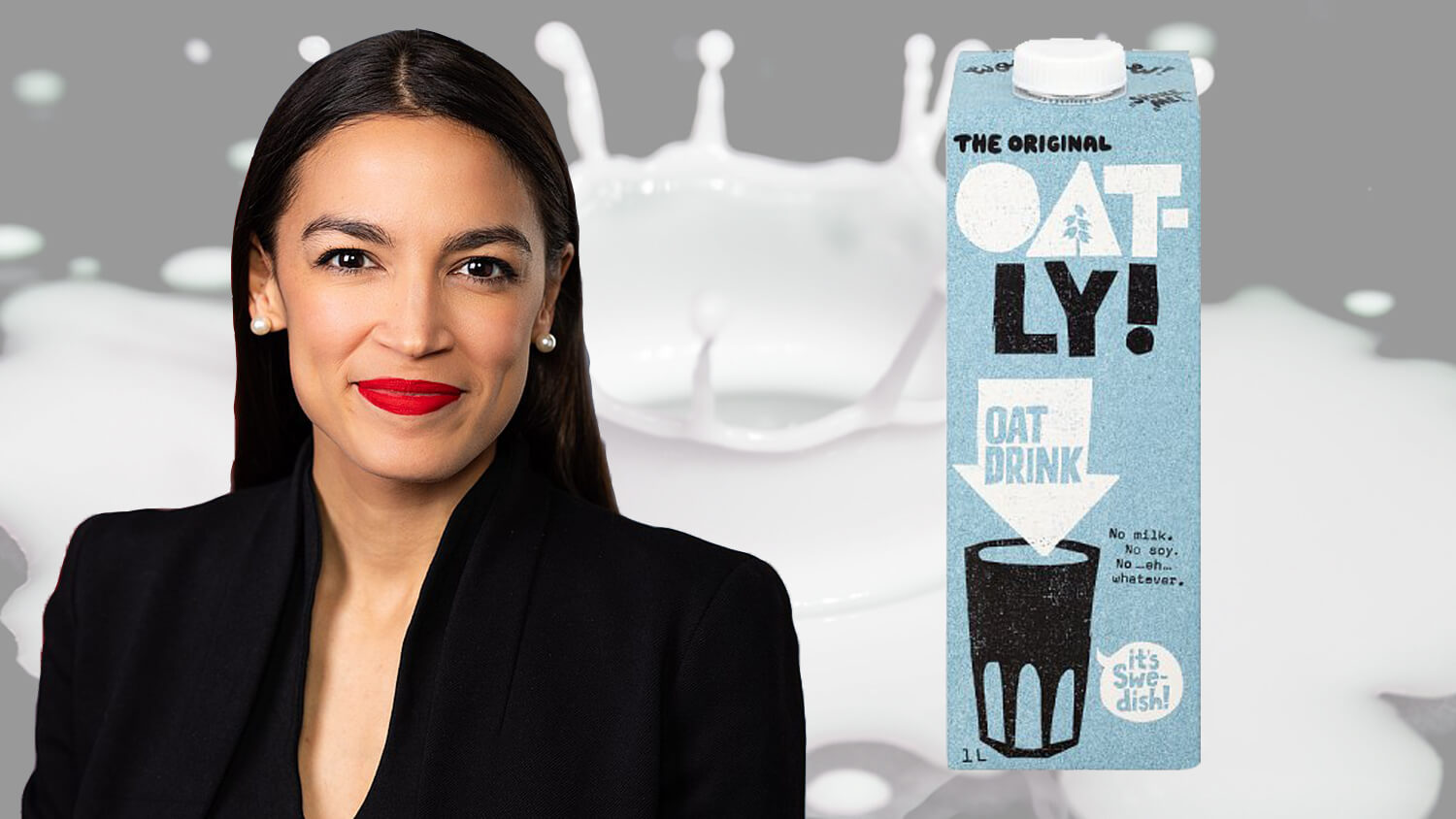