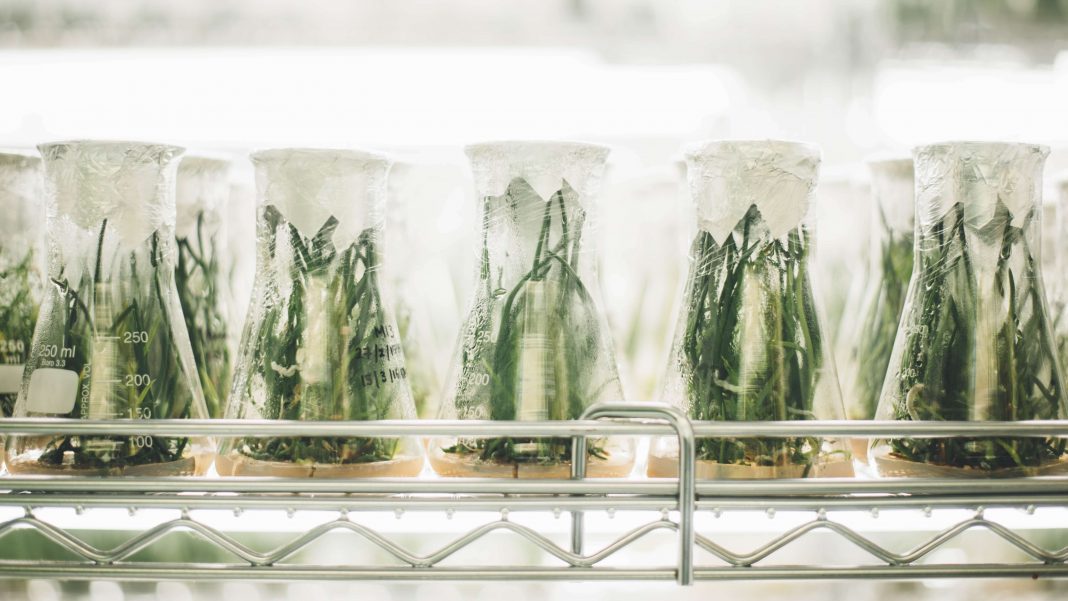 The business is working on its algae “platform” with Chlamydomonas reinhardtii, single-celled freshwater green algae. This species of algae can grow “heterotrophically,” which means it gets its food and energy by consuming organic substances, in fermentation tanks. The proteins that the algae create have “the ability to express multiple proteins found in plants and mammalian cells including bovine and human osteopontin,” the Food Navigator reported.

Wang also told the Food Navigator that Chlamydomonas reinhardtii has a “superior taste” compared to other algae. He added that the algae’s “cell wall” is made of “glycoprotein, so the algae is fully digestible, whereas with chlorella,” another type of algae, “the cell wall is made from a different material which is harder to digest, and it’s harder to customize via breeding.”

Through the past year, alga has become one of “the” vegan plant-proteins to watch. In June, CNN published an article that called algae “the food of the future” because it is protein-rich, doesn’t need fresh water to produce, and releases oxygen into the atmosphere.

iWi Life, another algae-producing company, is producing three algae-based supplements; an omega-3 complex, DHA, and EPA. The company makes its vegan supplements from the nannochloropsis strain of algae. iWi Life boasts that its supplements have a higher bioabsorption rate of omega-3 than krill or fish oil.

Humans aren’t the only species who could potentially enjoy consuming alternative proteins such as algae in the future. According to Dr. Ernie Ward, the chief veterinary officer of Wild Earth, a biotech startup, “cultured proteins, plants, insects, algae,” and “fungi, must be welcome on our menus and in our pet food bowls.” Ward is an advocate for using alternative plant-based proteins, such as algae, to help decrease global meat production.