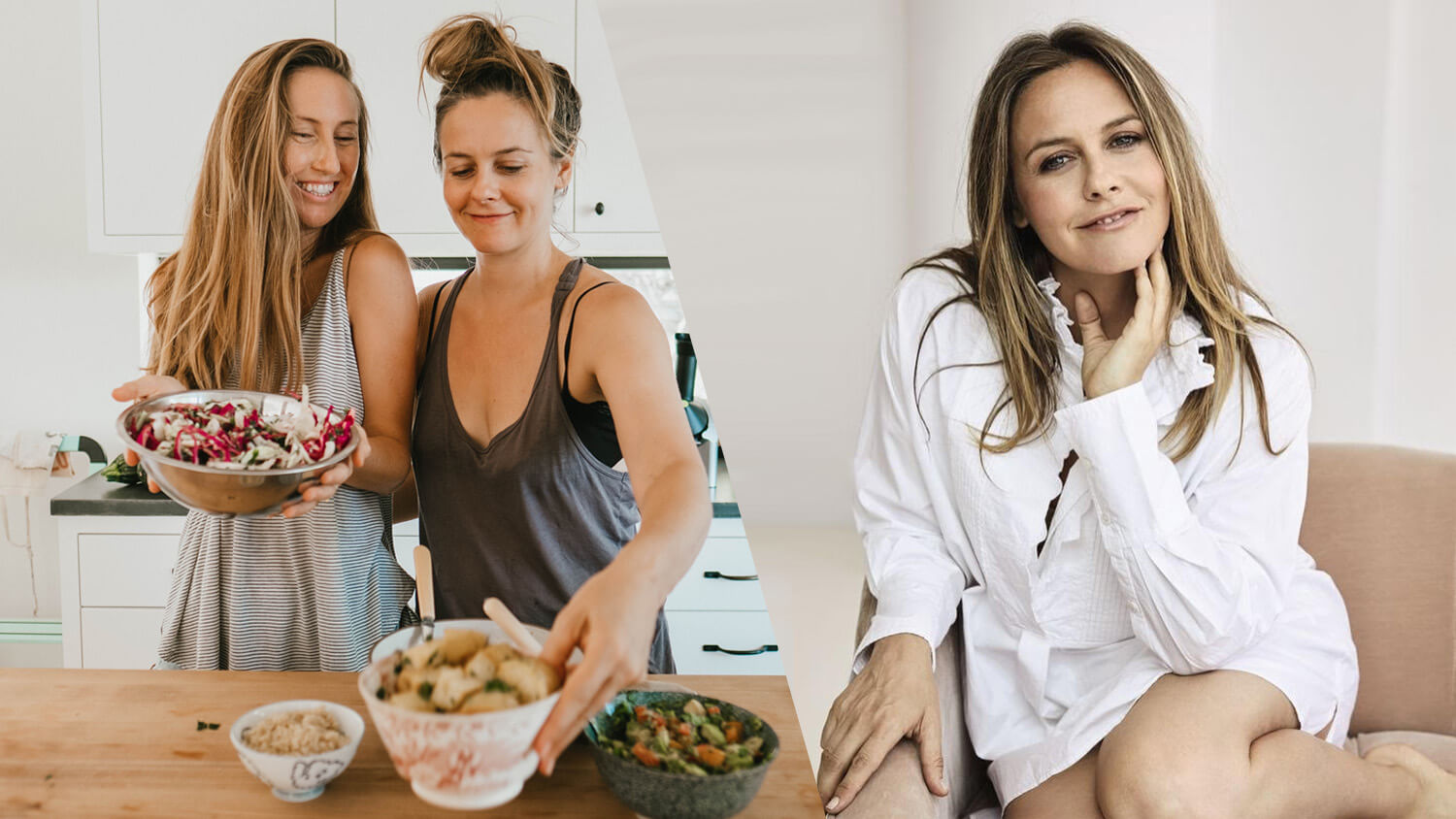 Actor, activist, and vegan Alicia Silverstone recently appeared in a YouTube video with plant-based vlogger Ellen Fisher. The pair has much in common; both follow whole foods. plant-based diets, both are raising vegan children, and both are passionate about vegan cooking.

In the video, titled “DAY IN THE LIFE with Alicia Silverstone,” Fisher travels from her Hawaii home to visit Silverstone in California. When she arrives, Silverstone is preparing a vegan taco lunch for her guests, and they talk about their respective vegan cookbooks. Silverstone’s cookbook “The Kind Diet,” in Fisher’s opinion, was one of the first plant-based recipe books available that appealed to the mass market.

After spending time in Silverstone’s garden, where she grows her own veggies and fruits, the pair cook vegan pizzas for dinner with their sons, using veggies and Miyoko’s vegan cheese. Before that, however, Fisher and Silverstone sit down for a sofa chat about Silverstone’s vitamin line, MyKind Organics.

Founded in partnership with Garden of Life seven years ago, Silverstone was inspired to create the vitamin line when she was pregnant with son, Bear. The “Clueless” star was advised by her midwife to take a prenatal vitamin, however, she couldn’t find anything that suited her vegan values, was non-GMO, and certified organic, so she decided to create her own.

MyKind Organics, available internationally, produces vitamins in a variety of formats, including gummy. To create the gummy texture, in place of animal-derived gelatin, the brand uses pectin, which is a purée made from peaches and apples.

Aside from health, Silverstone is also vegan for the animals and for the environment. In the past, she has spoken up for the protection of Yellowstone’s grizzly bears and pushed for a ban on animal-tested cosmetics in California. Last month, the California Assembly voted unanimously in favor of the ban, and the state is now on its way to being cosmetic cruelty-free.

Much like Silverstone, YouTuber Fisher is also passionate about plant-based living for her family’s health, the animals, and the environment. A vegan for ten years, the lifestyle has helped her overcome a number of obstacles, including a battle with anorexia. “We are vegan not only for our health, but also for the animals and the planet!” She notes on her blog. “It is all-encompassing: promoting LOVE, loving all beings, and seeing the good in all people and animals.”