Actress, author, and founder of mykind Organics, Alicia Silverstone is a long-time vegan and loving mother to Bear, her six-year-old son. 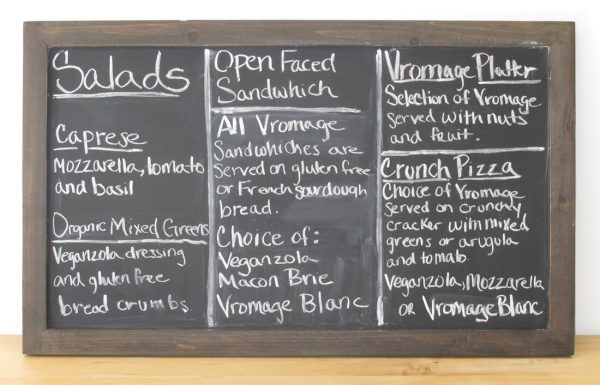 In a 2015 post on Silverstone’s blog, TheKindLife.com, the actress gushed about Vromage, noting that then 3-year-old Bear loved it. Silverstone said, “Bear was freaking out! He had this pizza–basically a cracker bread (almost like matzah) with ricotta and fresh heirloom tomatoes, mozzarella, and arugula… He loved it so much he had two!”

Three years on and the family is still loving Vromage’s vegan cheeses. She shared in the caption that Bear’s new favorite flavor is “veganzola”.

Vromage founder Youssef Fahouri coined the name Vromage as a play on the French word for cheese”fromage”(he changed the “f” to “v” for vegan). Like other vegan cheese producers, Fahouri uses nut-based milks and natural aging process to make his popular vegan cheeses.

“For years, people have sought out a dairy-free alternative to a staple in the human diet: cheese. The finest of which have been cultivated and crafted, fermented and perfected. And now,” wrote Silverstone, “finally, there is a cheese that’s as good for you as it is for the animals. Vromage offers superior-quality artisan cheeses made from nuts and aged to perfection. They are arguably the best substitutes for dairy cheese available.”