Umami Ramen is a new, all-vegan restaurant located in Montreal. The 100 percent plant-based business serves ramen, as well as saké, beer, and kombucha.

The new restaurant is a collaboration between Cédric Charron and Dominic St-Laurent. It also occupies the property that previously housed Le Ballpark — an eclectic bistro of which St-Laurent is a former co-owner.

Umami Ramen is the first vegan ramen restaurant in Montreal, and chef Charron first served more than 300 soups from his own backyard. Charron trialed his soups during the 2017 International Restaurant Day festival and received an overwhelmingly positive response from customers.

Umami Ramen manufactures its noodles from 100 percent organic wheat. This is thanks to a special machine imported from Japan, where Charron spent six months cooking in 2003. The restaurant also produces its own tofu in-house, and uses primarily locally sourced ingredients. 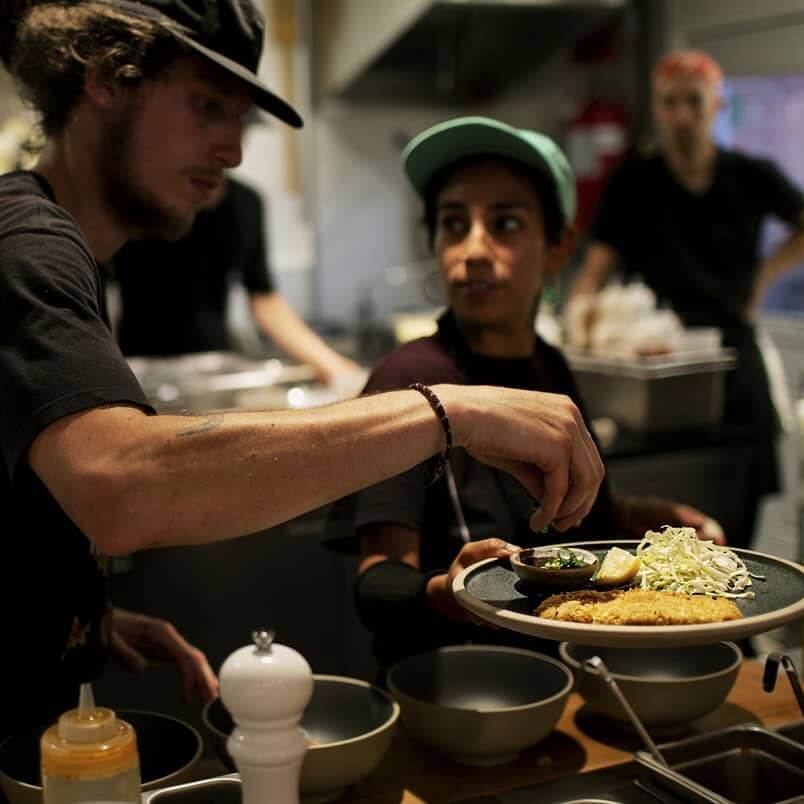 “The heart of Umami Ramen beats to the rhythm of their devotion,” the restaurant says of its staff on Instagram. “Caring and caring are central values of the vegan lifestyle.” ¦ umamiramen

The restaurant serves several different kinds of ramen, small Asian inspired side dishes, and izakaya style small plates. Amongst the signature broths are miso, a spicy miso, and soy-sauce based shoyu miso.

The Umami Ramen website states that both Charron and St Laurent “hope that the restaurant will become a relaxed landmark;” where “it is always good to come for dinner or spend the evening.”

According to a study by Dalhousie University in Halifax and the University of Guelph in Ontario, at least 6.4 million Canadians are consciously trying to limit their meat consumption.

The study also indicated that Canadian women were more open to eating plant-based meat than man, and that younger generations are responsible for driving the rise in plant-based food nationwide.