The fires burning up the world’s largest tropical rainforest have been raging for three weeks and are the fastest ever recorded in the area. Scientists have warned that the emergency could severely impact climate change efforts. Is it possible that our consumption of meat is to blame?

There have been 72,843 fires in Brazil this year and more than half of them took place in the Amazon region, according to the National Institute for Space Research, Brazil’s space research center. This figure marks a more than 80 percent increase compared to the same period last year.

The Amazon — which covers an area of 5.5 million km² — produces 20 percent of the oxygen in our planet’s atmosphere. The rainforest is often referred to as the lungs of the Earth.

The National Institute for Space Research says that areas equating to more than 1½ soccer fields are being destroyed every minute of every day in the rainforest.

Smoke from the massive fire is spreading at a rapid rate. It has reached Sao Paulo — which is more than 1,700 miles away — blanketing the city in smoke and ash and causing the sky to turn black in the middle of the day. Smoke now covers nearly half of the country and has crept into Peru, Bolivia, and Paraguay, according to data from the European Union’s satellite program, Copernicus.

The pollutants released by fires — including particulate matter and toxic gases like carbon monoxide, nitrogen oxides, and non-methane organic compounds — are released into the atmosphere, reaching far further than the country they originated in.

The enormous fire threatens the area where the largest collection of living plant and animal species exists; one in 10 known animal species live in the Amazon rainforest, including roughly 2.5 million insect species, tens of thousands of plants, and approximately 2,000 birds and mammals. Many of these species are endangered.

If the rainforest disappears, the world would “drastically change,” according to CNET. Everything from farms to drinking water would be affected. 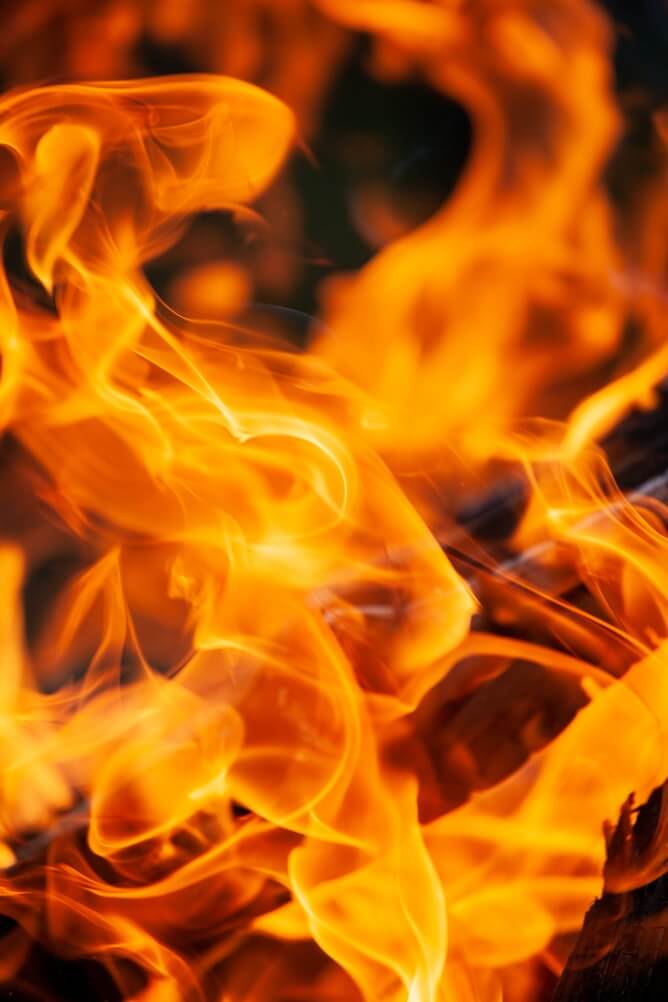 The Amazon rainforest has been burning for three weeks.

What Caused the Amazon Rainforest Fires?

The disaster has now reached mainstream media, spurring celebrities to come forward and raise awareness. Environmentalist actor Leonardo DiCaprio, vegan actor Ruby Rose, and cruelty-free cosmetics entrepreneur Kat Von D have taken to social media to demand change. Even reality star Kim Kardashian came forward, sharing an image of the burning rainforest on her Instagram Story, captioning it, “Does anyone know what we can do to help?”

It’s a question many are asking, and one Von D answered in her post. “… The truth is we don’t have to be billionaire’s to ‘save’ the Amazon rainforest,” she wrote on her Instagram Story. “These fires are purposely started so that farmers have more room for cattle ranching in order to keep up with the demands of beef consumption.”

She’s referring to the huge amount of meat production that begins in the Amazon rainforest. Raising cattle for beef is the largest driver of deforestation in every Amazon country. It accounts for 80 percent of deforestation.

Ane Alencar — the scientific director of Brazilian NGO IPAM (Institute of Environmental Research in Amazonia) — made similar comments. “These are not wildfires, but rather fires set by people seeking to create cattle ranches, intentionally ignited during the dry season each year. They cut the trees, leave the wood to dry and later put fire to it, so that the ashes can fertilize the soil,” Alencar explained.

Following worldwide attention on the fires, Brazil’s president Jair Bolsonaro banned the use of fire to clear trees for 60 days on August 29. The conservative leader — nicknamed the “Trump of the Tropics” — has also previously said that the Amazon should be open for development and has defunded agencies that track illegal activities.

As well as creating fire hazards, deforestation has a severe impact on climate change. Trees store greenhouses gases like carbon dioxide and cutting them down not only halts their production of oxygen, but releases these greenhouse gases into the atmosphere. Deforestation is responsible for 10 percent of global emissions.

Campaign group Moving Animals has launched a campaign in response to the Amazon fire, urging universities to ban beef. Moving Animals co-founder Paul Healey commented, “Beef is one of the most destructive foods for our planet – and claims the lives of millions of cows every year. Just this month the UN declared that we must move away from consuming beef and instead adopt more plant-based diets if we are to fight climate catastrophe.”

It’s not the first time the United Nations has highlighted the meat industry’s impact on the planet. In September, the United Nations Environment Programme (UNEP) said, “Our use of animals as a food-production technology has brought us to the verge of catastrophe,” also naming meat “the world’s most urgent problem.”

“The greenhouse gas footprint of animal agriculture rivals that that of every car, truck, bus, ship, airplane, and rocket ship combined,” UNEP said. “There is no pathway to achieve the Paris climate objectives without a massive decrease in the scale of animal agriculture.”

The Climate Change Advisory Council of Ireland recently released a report advising that a shift from beef-rearing to forestry would help mitigate climate change and be more lucrative in the long run.

“It is important to stress that the replacement of beef farming with forestry is a win-win-win action. It increases farm income, reduces emissions and significantly increases carbon sequestration,” the Irish Times reports.

Leather is also being highlighted as a driving cause. According to PETA (People for the Ethical Treatment of Animals), leather production “shares responsibility” for the environmental hazards of cattle farming. “More than 90% of the Amazon rainforest that’s been cleared since 1970 is used for either grazing or growing food for cattle,” the group noted in a press release. “The United Nations states that animal agriculture is responsible for nearly a fifth of human-induced greenhouse-gas emissions.” 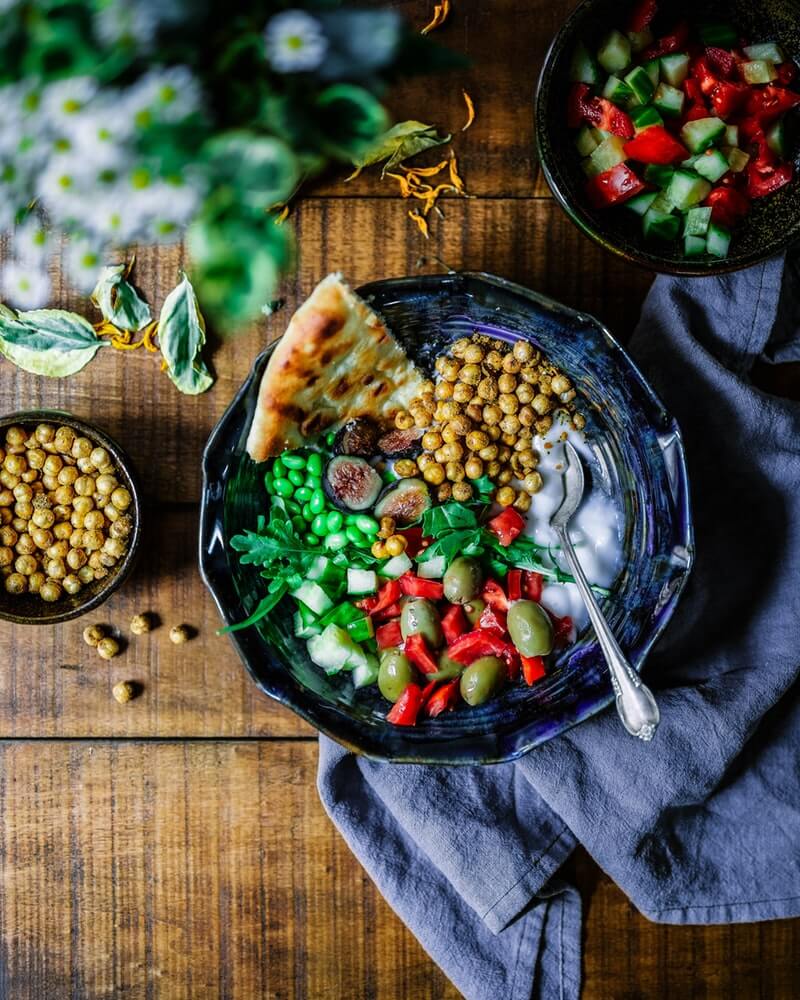 Plant-based foods have a smaller impact on the planet.

‘The Single Biggest Way to Reduce Your Impact’

The meat industry isn’t the only culprit. Palm oil production is also a driver of deforestation in the Amazon. Between 2005 and 2011, around 7,000 hectares of rainforest in the Peruvian Amazon were converted into oil palm plantations.

The link between palm oil, animal agriculture, and environmental destruction can be difficult to discuss. People in Brazil rely on these industries for their livelihood, and this fact can’t be ignored. However, considering the increasing urgency of the issue — and the devastating potential of climate change — most agree that we need to work toward sustainable solutions.

Research published by The American Journal of Clinical Nutrition outlined that a meat-eater’s diet uses up 17 times more land than a vegetarian’s.

According to the most comprehensive analysis of farming’s impact on the planet ever completed, 80 percent of the planet’s total farmland is used to rear livestock. The study was published in the journal Science. It pointed to beef production, which requires 36 times more land — and generates six times more greenhouse gas emissions — than producing the same amount of peas.

The researchers concluded that if everyone on Earth went vegan, global farmland use would drop by 75 percent. The study’s lead researcher Joseph Poore commented that adopting a vegan diet is “the single biggest way to reduce your impact on planet Earth, not just greenhouse gases, but global acidification, eutrophication, land use, and water use.”

“It is far bigger than cutting down on your flights or buying an electric car,” he added. “Agriculture is a sector that spans all the multitude of environmental problems. Really it is animal products that are responsible for so much of this.”