According to the journalist, presenter, and activist, vegan food isn’t a trend, but an evolution. The vegan movement may seem a little new and scary to some, but 16 years ago, so did Facebook. And now look at us, our most natural resting position is sat, head down, thumb scrolling through social media on a phone.

But this isn’t about throwing shade at your social media addiction. It’s about how the food evolution is about to mimic the tech one—for the better.

“We are barreling towards the tipping point,” Velez-Mitchell tells LIVEKINDLY. “[The internet] went from something foreign and intimidating to something most of us feel we can’t live without. And, it happened fast. Americans, and people the world over, are starting to lose their irrational fear of plant-based milk and veggie burgers.”

Many are doing more than losing fear. They’re bowling in head first, and their demand is causing the vegan food industry to grow like it never has before. In the U.S., the market is now worth $5 billion. 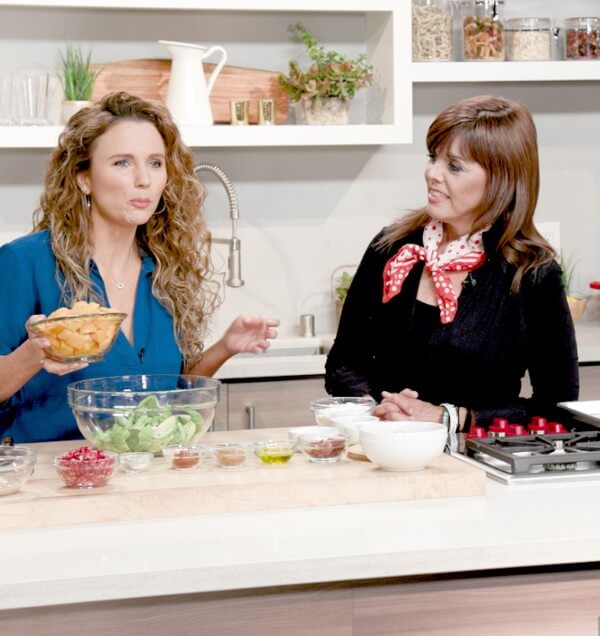 The world of vegan food has become exciting. And Velez-Mitchell’s new Amazon Prime show is all about celebrating that fact.

She’s no stranger to the format. The show evolved out of Velez-Mitchell’s own Facebook Live series, #LunchBreakLIVE.

“Now, thanks to our collaboration with Emmy-award winning executive producer Eammon McCrysyal, we’ve upped our game and put on a full-fledged in-studio show, using some of the great chefs we discovered along the way, along with some of the nation’s most well-known vegans.”

According to the presenter, so many people want to appear in the next series of “New Day, New Chef,” they had to launch a contest via Instagram. “We’ve gotten hundreds of requests,” she says. 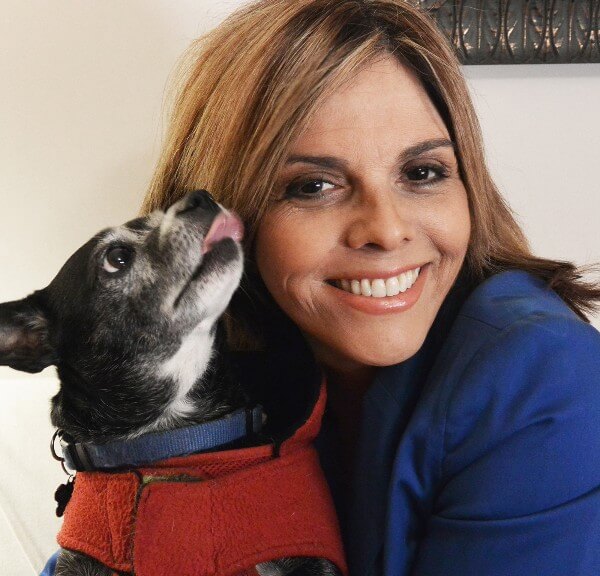 Veganism is about compassion for Jane Velez-Mitchell.

The world may be embracing veganism now, but back when Velez-Mitchell first switched to the lifestyle, 23 years ago, ditching animal products completely was still quite a foreign concept to many. The reluctance of others didn’t stop her though. She’s remained dedicated to her cause, fighting to end animal abuse across industries.

“Terrible things are happening to animals the world over,” she says. “In laboratories, circuses, racetracks, aquariums, fur farms, and hunting lodges, etc.”

For Velez-Mitchell, veganism “is about compassion.” Not just for the animals, but for the planet too. She has even directed a climate crisis documentary, called “Countdown to Year Zero.” Released last year, the film is all about the impact of animal agriculture on our environment.

“We are burning down the Amazon, rounding up our wild horses, polluting our waters and generally trashing the natural world, all because of this false notion that people need to eat animals and their by-products,” she says.

“New Day, New Chef” is about having fun with vegan food, in the hope that others will see the appeal in the lifestyle, and the consequences—for the animals and the planet—will be huge.

“People can see the sheer vigor of our guests and say, hey, I want that energy and exuberance,” she explains. “It’s about attracting people to this wonderful way of living kindly.” 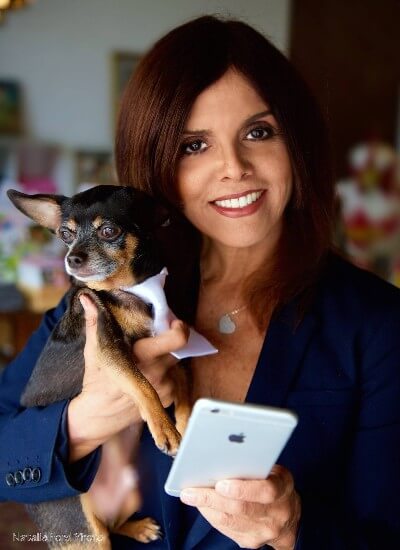 Jane Velez-Mitchell says use your phone to change the world.

Change the Future of Food With Your Phone

But why are younger people more open to eating vegan food? This brings us right back to the evolution of tech.

“The younger demographic is not as conditioned by mainstream media and advertising,” she says. “They are getting their information on social media which is awash with new imagery, telling a completely different story of what constitutes healthy and delicious.”

In fact, the internet could change the future of food altogether, if we use it to our advantage. “Everyone with a cell phone has a network,” says Velez-Mitchell. “We can produce content and distribute it to our network of friends, relatives, and colleagues. Then, turn it into a show! Let’s all double down. Let’s hit that tipping point already.”