Plant-based company Willicroft has opened the first vegan cheese store in the Netherlands. The shop is located in south-west Amsterdam and currently sells all five Willicroft-produced cashew-based cheeses.

Willicroft has been producing plant-based cheese since founder Brad Vanstone began experimenting in 2017. By using a combination of cashews and tofu, the company creates protein-packed, healthy, artisan cheese.

Vanstone grew up on a dairy farm in Devon, UK but began eating a predominantly plant-based diet for environmental reasons. The entrepreneur says that the combination of his family history and desire to modernize dairy are at the core of Willicroft.

“Much like my grandparents,” says Vanstone on the Willicroft website, “we’re also addressing the greatest issues facing humanity today – the warming of our planet.”

“We’re reimagining how we consume cheese,” he continues. “The mission is different, but the keys to success the same – dedication, partnerships, and real love and passion for what we’re doing.”

Willicroft currently produces two cashew-based cheese sauces for cooking, a tofu-based cream cheese, and cashew parmesan. The company even sells a cheese fondue – an extremely popular dish in the Netherlands. Vegan gorgonzola, ricotta, and goats cheese are all in development.

Willicroft also stocks products from other local vegan cheesemakers and several organic and vegan-friendly wines. The company also plans to open a small in-store cafe and, possibly, expand to sell products in the UK and the U.S. 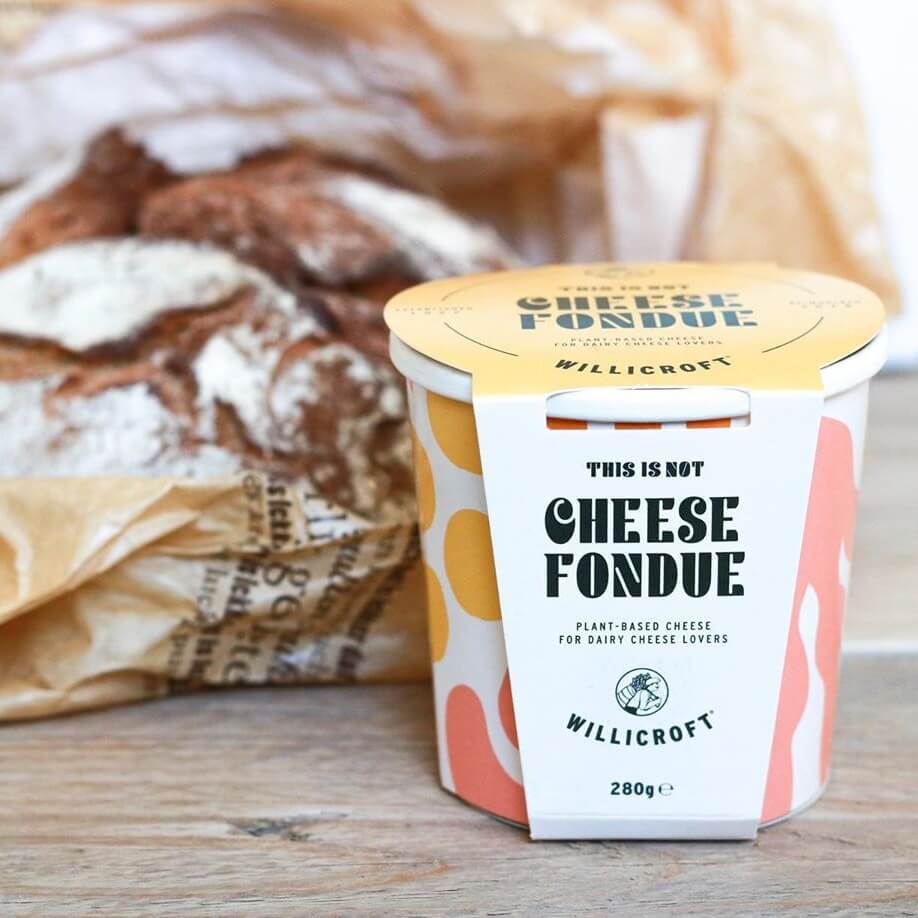 Cheese fondue is popular in the Netherlands.

Some plant-based cheese producers — such as Fauxmagerie — have received negative attention from dairy-farming lobby groups. This is primarily focused on the ongoing debate over labeling. Willicroft’s cheese products, however, are labeled “this is not” — followed by the name of whichever cheese product is being emulated.

Vanstone says that most people in Amsterdam are interested in his products.

“Consumers are more conscious of what they eat than they’ve ever been,” says Vanstone. “Distinguishing between a plant-based product and its dairy equivalent is easy for us.”

Consumers are purchasing less dairy in general. Much like Vanstone, many people are reducing their consumption based on the environmental consequences of the industry.