Updated August 12, 2019 | Amy’s Drive-Thru — a popular vegan-friendly roadside destination in the suburbs of Northern California — has opened a location in Terminal 1 of the San Francisco International airport.

The company initially announced the new spot on Instagram in October last year. It said, “we have some big news! Amy’s Drive Thru is coming to @flysfo’s Terminal 1 in July 2019. Get ready for next-level airport food for omnivores, vegans, vegetarians and gluten-free eaters alike. Think breakfast sandwiches, veggie burgers, burritos, milkshakes and more.”

According to a more recent Instagram post, the restaurant is now open next to Gate B6. The chain is also opening another location in Corte Madera, in an old Denny’s. A fourth location is set to open in Walnut Creek this year. 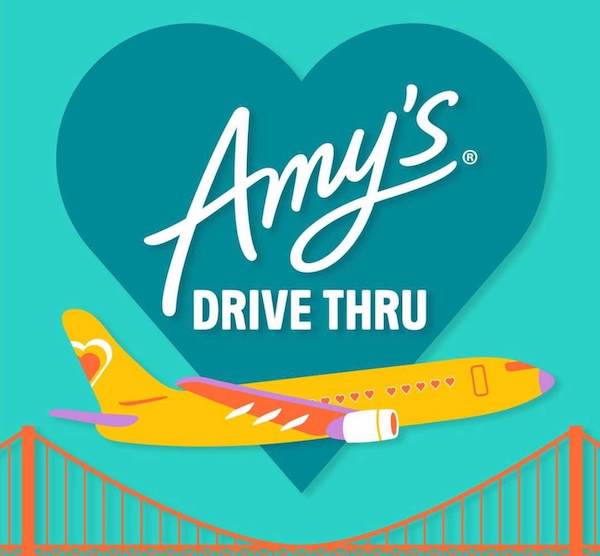 This casual fast-food joint is a concept of the well-known health and vegetarian food brand, Amy’s Kitchen. While the drive-thru menu leans toward fast-food staples, the company assures that the kitchen uses the same quality ingredients, and all items are vegetarian if not vegan. All dishes have a vegan option, and many are gluten-free, so the menu is accessible to all.

The company’s mission is to “return to the roots of American fast-food, serving lovingly handcrafted food to nourish hard-working citizens, busy families, and road-weary travelers.” Now, the clientele can also include jet-lagged travelers.

As with many airport concepts, the selection may be somewhat condensed, but the original Amy’s Drive Thru lists extensive options. The menu includes classic burgers with double patties, secret sauce, and all the fixings; organic salads; pizzas (with vegan cheese); burritos; mac ’n’ cheese; classic chocolate, vanilla, and strawberry milkshakes; and organic chili cheese fries. The eatery also serves breakfasts for the early-risers.

Airports are gradually becoming more vegan-friendly. Real Food Daily, a local favorite in Los Angeles, became the first completely vegan restaurant in an airport when it opened its LAX location in 2013.

At JFK, 90 percent of the eateries in Terminal 4 now offer vegan and vegetarian options. And around the world, chain restaurants are adding plant-based options to their menus, which are then introduced to their airport locations.