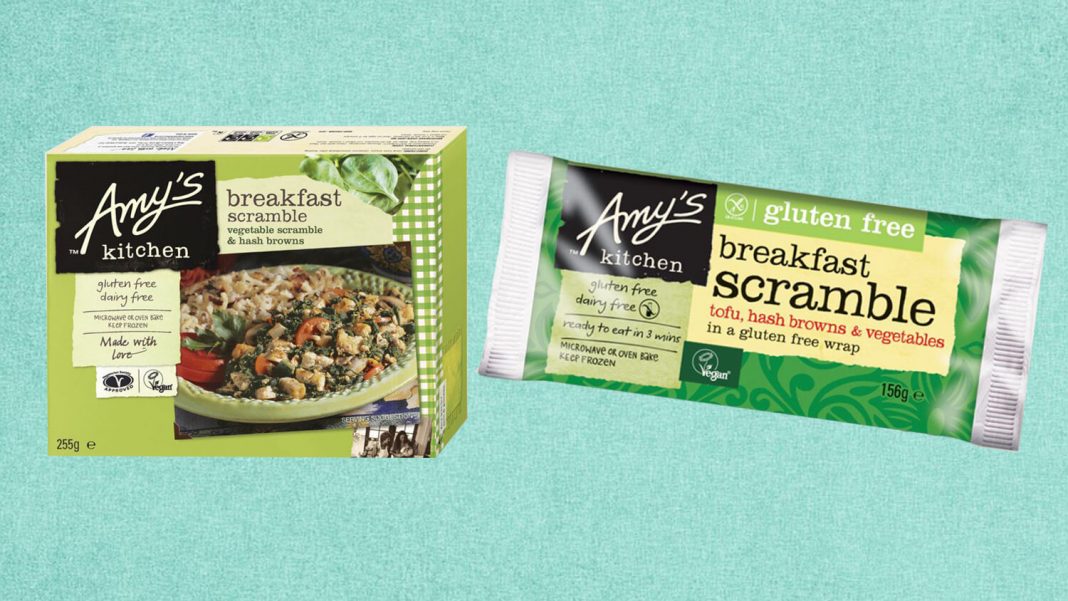 The two vegan products include a breakfast scramble wrap featuring savoury organic tofu, hash browns, and a mixture of veggies that’s ideal brekkie on-the-go. The second option is a breakfast scramble bowl, perfect for breakfast at home. Both meals are organic, gluten-free, Kosher, free from tree nuts, and completely plant-based.

According to Amy’s Kitchen, the vegan breakfast ready meals launched in Waitrose in early October. Veganuary, a UK-based campaign that aims to encourage individuals to reduce their consumption of animal products, reported that the two products are also available in the online supermarket Ocado.

We’ve just launched our Breakfast Scramble in the UK! Think veggies, tofu and hash browns ☁ You can find it in @Waitrose from today at only £2.50. In a hurry? Our Breakfast wraps have also just launched in Waitrose. Great breakfast choices, for all ?

The demand for vegan ready meals is climbing in the UK and Amy’s Kitchen, along with the nation’s top supermarkets, are looking to capitalise on the growing consumer interest.

Tesco, in particular, has concentrated on expanding its offering of vegan ready meals this year, high on the success of its own-brand, Wicked Kitchen, which launched last January. The exclusive range, developed by American vegan chef and former senior global chef at Whole Foods Derek Sarno, more than doubled sales expectations by selling 2.5 million meals within 20 weeks. By the 33-week mark, that number climbed to 4 million. Realising Wicked Kitchen’s popularity, Tesco added 26 new options to the range this autumn.