Serene Yuan, a spokesperson for the firm, told Cosmetics Design Asia that Reallagen has gone through several rigorous tests in China and abroad. The results showed that the vegan collagen’s anti-aging properties outperform animal-derived collagen by 200 percent.

“In cosmetics, people are looking for animal-free ingredients. Our collagen follows that trend. It’s safe for vegans and can be used for halal products. We believe it is the future,” Yuan explained. “With other collagen, you won’t know the source beyond that it’s from fish probably. But we can assure you of safety because of our consistent quality.” 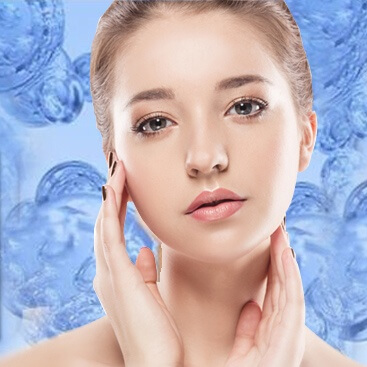 She added, “the compatibility is very good, it can go through any formulation I can assure you.” Reallagen is also suitable for mass production, according to Yuan.

Jland Biotech’s products include a Reallagen powder, liquid, and Reallagen Collagen Balls, which contain 35 percent Reallagen. According to Cosmetics Design Asia, these balls can be bought and combined with ingredients like hyaluronic acid.

Reallagen came to market roughly two years ago and since then has been in high demand.

“In the last two years, the business has developed very quickly,” said Yuan. “We already have distributors all over the world just from one year of active promotion. We also established a sales office in Europe and have contacts with big companies.” Venturing into the Japanese market is also on the cards for the company. Yuan explained, “Japan is the most advanced and we have people who are quite interested.”

Jland Biotech isn’t the only company to produce a vegan collagen. In May last year, vegan biotechnology company Geltor was awarded the CEW “Beauty Innovation of the Year” award for its vegan collagen product, N-Collage. The award is one of the highest honors in the beauty and cosmetics industry; Geltor was reportedly selected out of six semi-finalists for its contribution to innovating and revolutionizing the cosmetics market.