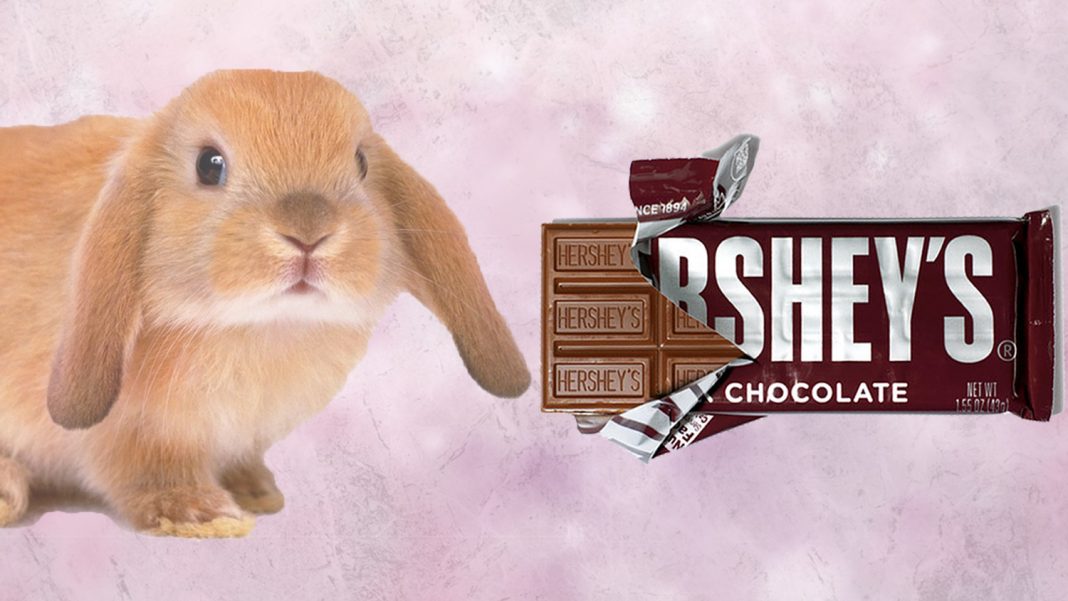 The Hershey Company, one of the largest chocolate manufacturers in the world, has committed to ending animal testing.

The decision follows conversations with international animal rights group PETA (People for the Ethical Treatment of Animals). The organization pointed out that Hershey’s co-authored a 2014 study on mice despite signing PETA’s Statement of Assurance against animal experiments in 2007.

The experiment, which is conducted in order to establish health claims for marketing chocolate products, involves killing mice, dissecting their brains, and perfusing the slices with protein aggregates affected by Alzheimer’s disease or cocoa extracts, then measuring the electrical responses.

Good things come to those who go to the store and get them. Get the gang together over some chocolate milk. #WelcomeHappy

Hershey vice president of corporate communications and corporate social responsibility Leigh Horner wrote in an email to PETA, “[T]his study was an anomaly and has not happened since.”

Following the re-commitment, the website now states, “The Hershey Company does not conduct, fund or contribute to animal testing.”

All of Hershey’s iconic candies – including the Hershey Bar, Kisses, and Reese’s Peanut Butter Cups – contain dairy, but the company does have one vegan option. Hershey’s Chocolate Syrup is dairy-free.

According to the Food Empowerment Project, a non-profit food justice organization, the company sources its chocolate from areas of the world where child labor and slavery are still common on cocoa farms.

“The maker of Hershey’s vegan chocolate syrup is being truly sweet by sparing animals bitter lives of misery and deprivation in deadly laboratory experiments,” said PETA Vice President, Shalin Gala, in a statement. “This Valentine’s Day, PETA is calling on all other candy companies to give animals a lifesaving gift by cutting all support for animal tests.”