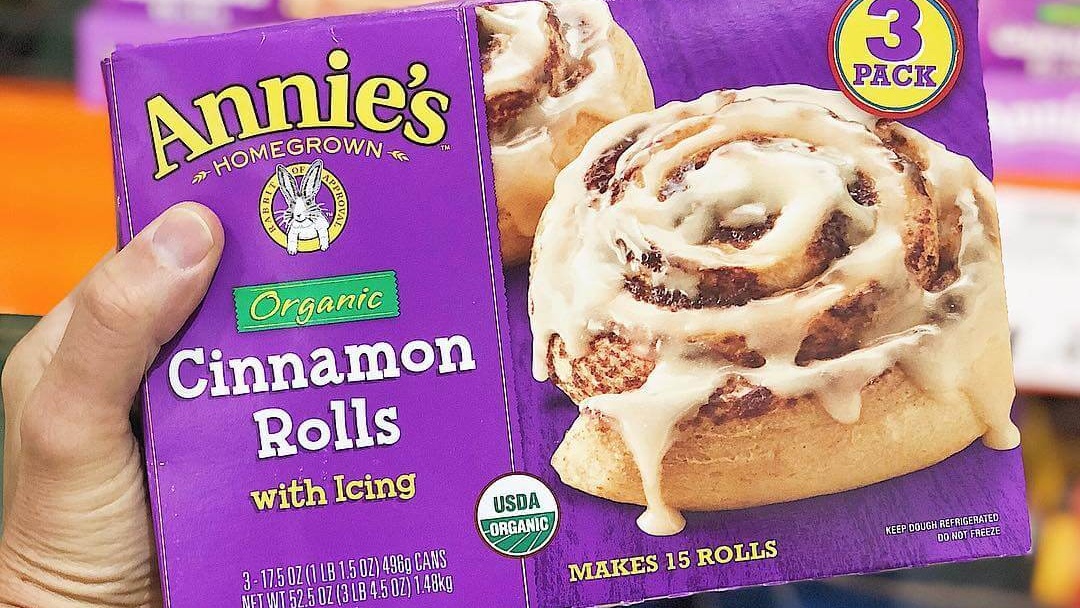 The brand’s website states that its cinnamon roll dough is made from “high-quality ingredients and none of the bad stuff like artificial flavors, preservatives, hydrogenated oils or high-fructose corn syrup”. Its ready-to-bake rolls even come with a side of dairy-free ‘old-fashioned’ icing for swirling on top.

Annie’s is in good company with its new product as vegan cinnamon rolls have already proven to be a hit with North American consumers. Gourmet vegan cinnamon roll chain Cinnaholic has been expanding rapidly across the U.S and Canada over the last year and aims to open 136 locations throughout 2018.

“To say we’re ‘on a roll’ is an understatement.” said co-founder, Florian Radke.

Animal-free baked goods (and baking) has never been as popular as it is today. Whole Foods Market launched its a vegan chocolate dessert range, ‘vegan cake’ searches increased 350% for a major UK supermarket, and Starbucks introduced a plant-based cake in South Korea recently.

Last November, several professional pastry chefs predicted that vegan ‘sweets’ would be a top trend for 2018. Kelsey Burack, executive pastry chef at DBGB in Washington DC claimed that she was “looking forward to adding more celiac-friendly and dairy-free desserts to her menu by using coconut and soy milk substitutes.”

Annie’s organic cinnamon roll doughs come in packs of three and according to one happy customer, can be found in the refrigerators at Costco stores (an up-and-coming vegan haven). The dough makes approximately 15 rolls and are USDA approved.

Don’t have a Costco membership? Fear not, you can still get your hands on plenty of sticky fall-flavored treats at your local Trader Joe’s or from the comfort of your own kitchen.