MorningStar Farms — a division of global food giant the Kellogg Company — could be the next vegan and vegetarian meat brand to IPO, according to the Motley Fool.

A recent article by the multimedia financial services company looked at the momentum of the plant-based meat industry, including Beyond Meat’s recent IPO. The Motley Fool — which provides financial advice for investors — teased that MorningStar Farms could be next.

The Motley Fool advised, “… watch Kellogg stock in the future. Thanks to British politics, reinvestment, and a changing product range, the company could show healthy earnings over the next few years.” It added, “A potential IPO for its MorningStar Farms brand could drum up even more excitement.”

If the prediction is realized, MorningStar Farms would follow in the footsteps of Beyond Meat, which became the first vegan meat brand to go public in May. It was the best initial public offering of 2019, according to CNBC, which said that Beyond Meat’s IPO “left every other debut in the dust.”

A month later, shares of the plant-based meat brand had gone up by 550 percent.

Oatly’s chief executive Toni Petersson spoke about the company’s future in May. “We’re planning for more factories and we’re looking at the UK because it’s such a big market for us,” Petersson said. The company has no plans to sell out to a multinational food and beverage company, but might go public in the future. “We’re not part of any structure, I think that’s obviously the preferred way,” he said. “We could potentially even IPO if it gets that big.” 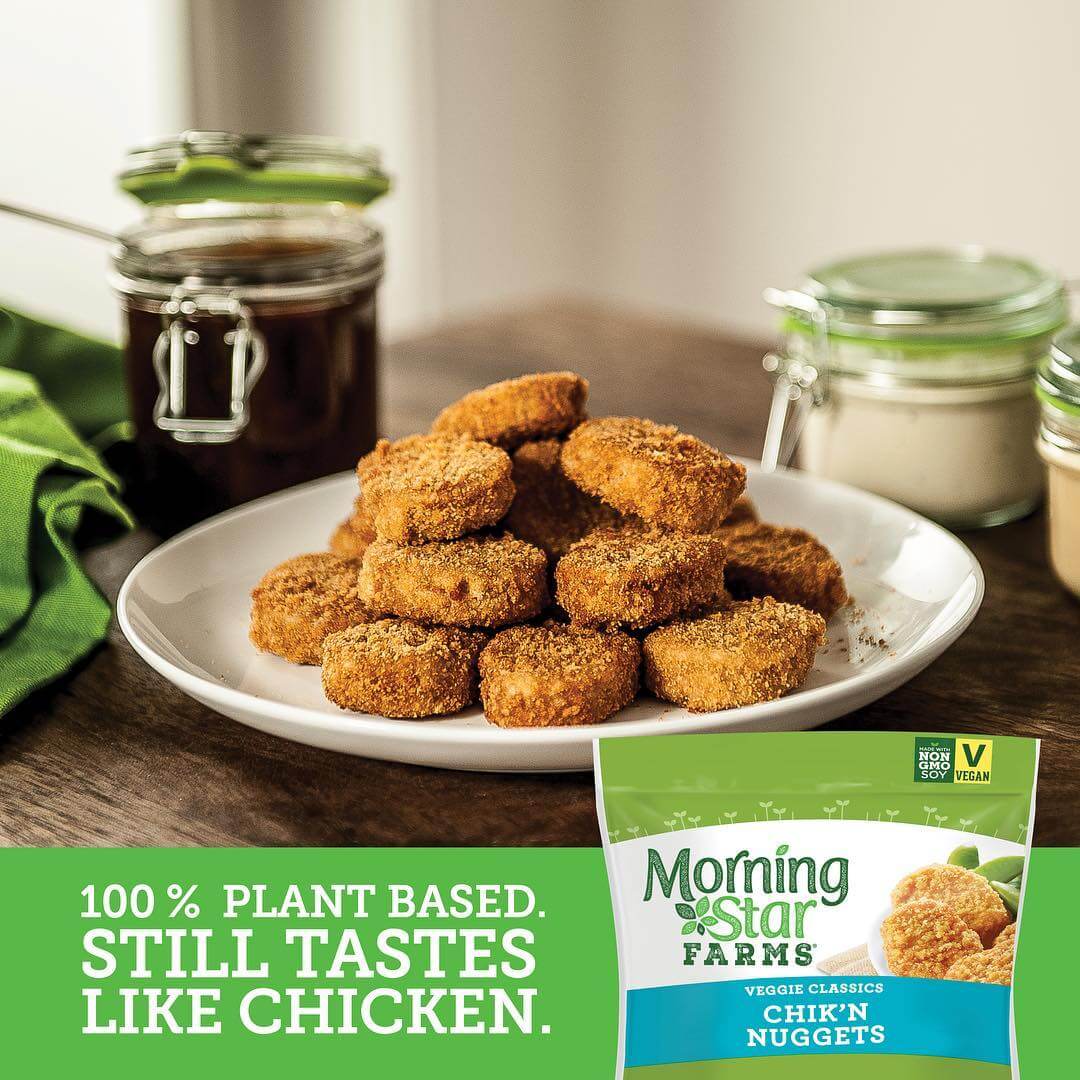 Vegan food sales don’t seem to be slowing down. New data released by The Good Food Institute (GFI) and the Plant Based Foods Association (PBFA) found that vegan meat and dairy is outpacing animal-based foods. U.S. retail sales of vegan food increased 11 percent in the past year; the plant-based market is now valued at $4.5 billion. The total U.S. retail food market grew by just 2 percent during the same period.

MorningStar Farms is eager to keep up. The brand announced in March that it would update all of its recipes to be vegan. It offers various meat-free meats like sausages, burgers, and nuggets — but many of them currently include eggs. The company has been busy relaunching its products as vegan; most recently, MorningStar Farms made its veggie corn dogs completely plant-based.

By 2021, all 49 of MorningStar Farms’ retail products and the 26 items it sells into foodservice channels will be vegan.