Los Angeles is known for its abundance of vegan restaurants and food events, but on May 12, the movement is heading down south to San Diego for the first Vegan Street Fair San Diego Nights. This plant-based party was initiated by Jessica Schoech of the Vegan Street Fair and curated by Instagram darling, Vegan Fat Kid, to feature a night full of live music, games, and of course, plenty of vegan eats and drinks. A few LA and Orange County vegan vendors will be traveling to the festival, but Anthem Vegan will represent the local San Diego scene as both the venue and a vendor. Originally established in 2013 by a local bartender who loved to share his food, Anthem now has a full-scale restaurant ready to take on this wild party. Get ready for vegan chicken and waffle tacos.

Patrick Murray, Anthem’s owner, explained that his business came to life over a few different events, but long story short, “Anthem began after a long hiatus from the bartending world. I took a break and built a vintage motorcycle and during those five to six months, I did some soul searching and came up with Anthem.” 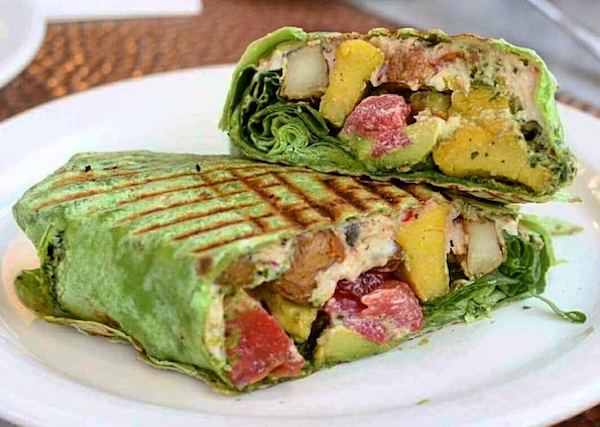 Murray began by inviting 30 people over to his home for a Speakeasy Vegan Brunch at his home. “It was a blast,” he recounted, “We served 30 plates over two hours out of my house. The communal yard was set up with benches and tables and when you got there, you sat where there was room, meaning that might not be with who you came with. It kinda forced people to branch out and hang/talk/dine with strangers. These events thought me that people would eat and even pay for my food.”

Later on, when he was managing a live music venue, he created Vegan Happy Hour. Every Wednesday from 4 – 8, “whatever [he] brought in a crockpot” was free to all, accompanied by live bands, DJ’s, and drinks.

Encouraged by the popularity of his culinary creations at these social events, Murray took Anthem to the farmers market, selling substantial vegan meat and cheese sandwiches, wraps, and even breakfast items like F*@kin Yum Biscuits and Gravy and Big @$$ Huge Breakfast Hash. Many of the farmer’s markets favorites are available in the brick-and-mortar, and he still participates in these pop-ups on occasion. “The pop-ups are great. There’s something really special about street food and we aim to continue that,” Murray explained. 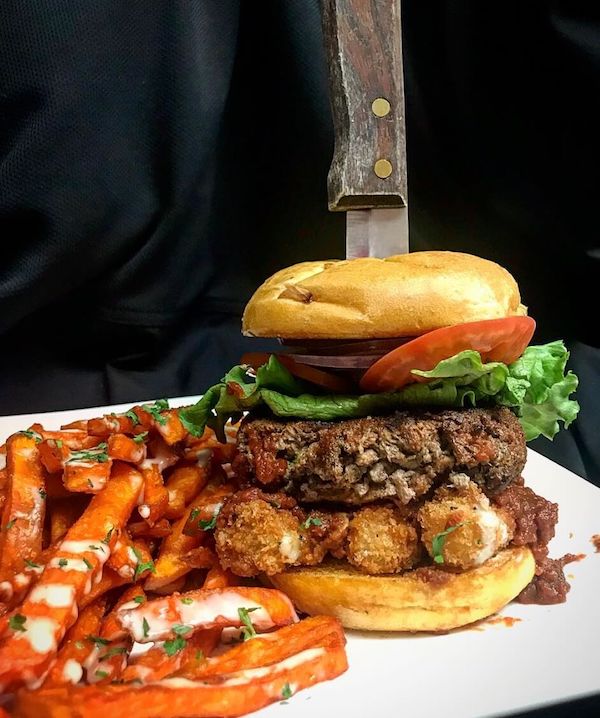 The restaurant officially opened earlier this year, joining the blossoming vegan scene in San Diego including Kindred, Donna Jean, Plant Power Fast Food, and Cafe Gratitude. Murray noted that while there was not much going on five years ago when he first started, vegan options have recently hit their stride, “All of a sudden it just opened wide up. You started seeing the word [vegan] more, and new businesses were starting to pop up with more exciting choices. It’s really come a long way on these past few years. There is amazing food all over this city and we’re all still one big happy family.”

On to the food. The business is known for its steak sandwiches, such as the Karne Asada and French Dip Sandwiches, but the menu is expansive, and everyone has a favorite, according to Murray. “Our brunch menu is the best. Chikn Waffle tacos can’t be beat. And our Biscuits n Gravy have been around since a time when no one else in the county offered it.” Looking at the menu online, one just keeps scrolling through the options – wraps, salads, appetizers, burgers, scrambles – and a hearty assortment of smothered fries make ordering quite the decision making ordeal.

Equally important to the food is the atmosphere. Murray’s goal is to deliver vegan options that are familiar and comforting, and that includes the venue’s vibe. He explained, “We are a casual, comfortable, musical place that serves really good comfort food. We want the place to be nice, but not extra fancy pants. We take pride in our plating but don’t want you to have to take out a 2nd mortgage to enjoy it. We’re all really down to earth and love to eat and I think that comes through daily. We want our customers to be comfortable here.”

When asked about his food philosophy, Murray said, “Food is thy medicine and it’s also a big messy chocolatey brownie. It fuels us and excites us and inspires us all and it can be extraordinary when you dedicate your life to it. Our communities embrace this idea wholeheartedly and we hear that every day.”

You can sink your teeth into an Anthem chicken and waffle taco during Vegan Street Fair San Diego Nights on May 12, or any other day of the week, at Anthem Vegan’s Restaurant in North Park, San Diego. Tickets for the event are available here.