Chef, author, and television personality Anthony Bourdain got candid about his feelings on the vegan Impossible Burger.

In a recent interview with Eater,  Bourdain discussed the upcoming season 11 premiere of his five-time Emmy award-winning food and travel show “Parts Unknown.” During each episode of the show, Bourdain explores lesser-known cultures and cuisines around the world, often exploring street food, home cooking, fine dining, and stories that get to the hearts of the regions.

At the very end of the interview, the host asked: “A lot of people are talking about the Impossible Burger, this lab-grown meat substitute that’s being served in trendy restaurants as well as White Castle. Have you tried this?” 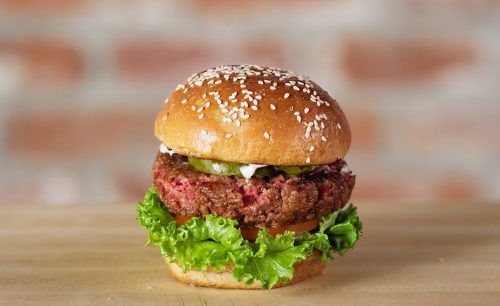 Bourdain, who in an interview with Playboy Magazine referred to vegans as “self-indulgent,” responded: “I haven’t,” but acknowledged there is a good potential that could come from the plant-based burger’s success. “Look, there are a lot of hungry people in the world. I guess if [it] is a means of providing must-needed protein to people who need protein to live, I guess I’m all for it.”

He continued, explaining that as a chef of 30 years, it is logical that he is “going to be resistant to the notion that there’s any replacement for the texture and musculature and funk of real meat,” adding “I hate the idea that people are selling this at a premium at hip restaurants. You know, it doesn’t fill me with joy. It makes me fearful of a Soylent Green future.”

The vegan Impossible Burger has been accepted by vegan and non-vegan chefs alike. It first debuted at David Chang’s high-end eatery Momofuku Nishi and has since been added to the menu of other fine dining establishments, like Crossroads Kitchen and Saxon + Parole. No longer exclusive to the elite dining world, the Impossible Burger can now be found at over 1,300 locations, including chain restaurants like FatBurger, Umami Burger, Hopdoddy, The Counter, and fast-food restaurant White Castle. Earlier this month, the Impossible Burger made its first international debut in Hong Kong, embraced by award-winning chefs May Chow and Uwe Opocensky, who added their own versions of it to the menu of their meat-heavy restaurants.

And Bourdain’s hesitance with the vegan burger may soon pass as fellow chef and longtime critic of vegan food Gordon Ramsay recently announced he would be giving the “vegan thing” a try.