This week, 850 new words and their definitions were added to the Merriam-Webster dictionary – including the term ‘aquafaba’, also known as chickpea juice or brine, the popular vegan egg replacer.

According to the associate editor of Merriam-Webster, Emily Brewster, the process of adding new words to the dictionary is a difficult one. In a statement, she said: “In order for a word to be added to the dictionary, it must have widespread, sustained, and meaningful use. These words…have become established members of the English language, and are terms people are likely to encounter.”

Merriam-Webster defines the term ‘aquafaba‘ as “the liquid that results when beans are cooked in water.” The increasingly popular ingredient is renowned for containing similar proteins to egg whites, hence behaving much like the animal product does. 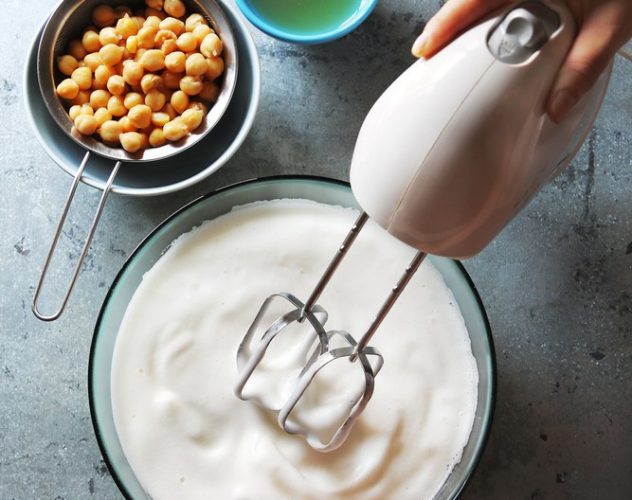 An exert from the dictionary’s website said: “The words we use are constantly changing in big ways and small, and we’re here to record those changes. Each word has taken its own path in its own time to become part of our language—to be used frequently enough by some in order to be placed in a reference for all.”

“If you’re likely to encounter a word in the wild, whether in the news, a restaurant menu, a tech update, or a Twitter meme, that word belongs in the dictionary.”

Peter Sokolowski, an editor at Merriam-Webster added: “[t]he one constant of a vibrant language is change”. Unfortunately, these official dictionary updates do not appear in spellcheck yet, so while they are defined as legitimate words, people will still have to add them to a custom dictionary to avoid that infamous red underline.

‘Kombucha’ is also this extensive list of new words, as the beverage is famous for boasting a variety of health benefits and probiotics. The Merriam-Webster dictionary definition states ‘kombucha‘ is “a somewhat effervescent beverage prepared by fermenting kombucha with black or green tea and sugar”.

This move may be yet another sign of the changing times; earlier this year ‘Veganuary’ was recognised as a word by the Oxford Dictionary.