Arby’s and Wendy’s are showing interest in adding vegan Impossible Burgers to the menu.

Both restaurant chains have reportedly shown interest in adding the Impossible Foods’ plant-based protein to the menu, The Information reported earlier this month.

A ‘Tipping Point’ for Meat-Free Food

Arby’s is particularly known for its meat-heavy menu summarized by its slogan, “Arby’s. We have the meats.” The restaurant currently offers limited vegan options, including apple slices, salad with no cheese, and fries and crispy onions. Love to Know notes that the latter two are cooked in the same fryer as meat. 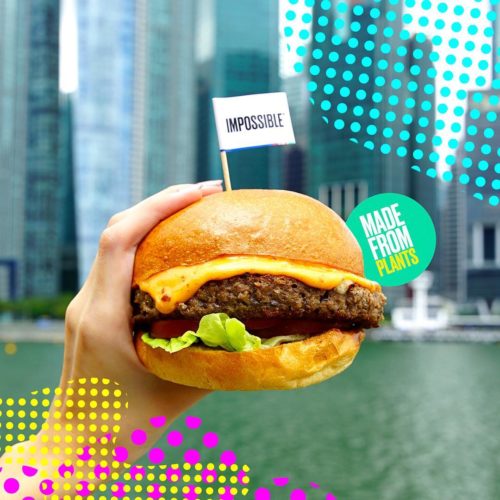 Impossible Burgers may launch at Wendy’s and Arby’s

Wendy’s vegan options are slightly more substantial, offering fries, plain baked potato, salads with no meat or cheese, and a “veggie sandwich” — a burger, without the burger patty or mayo. The fast-food chain test-marketed a vegan black bean burger in 2015, but discontinued it, according to The Spruce.

“It feels like we’re at that tipping point,” Ed Gleich, Little Caesars chief marketing officer told Business Insider. “We feel we are an innovative company and we want to be … the first brand out as it tips.”

Other restaurant chains that reportedly showed interest in adding Impossible Foods’ vegan meat include Subway, Papa John’s, and Dunkin’. Earlier this month, Dunkin’ CEO David Hoffmann revealed that the brand was “in talks” to partner with a major plant-based meat brand.

“He suggested the protein could take the form of sausage crumbles atop Dunkin’s new millennial-friendly egg bowls,” Yahoo Finance reported.

Impossible Foods is currently looking to add a third shift to its Oakland, California-based production facility in order to keep up with high demand. The brand had a successful test run via the vegan-friendly Impossible Whopper at Burger King last April and plans to add it to the menu of its more than 7,000 U.S. locations. Canada is “likely to follow” and it may launch in the UK as well.

Impossible Foods may also go public in the near future, following in the footsteps of its competitor, Beyond Meat, which has the most successful IPO launch in nearly two decades.

“We believe in self-reliance. Being ready to go public is a priority for the company because we need to be operating at the highest level of rigor. But we are not in a rush, nor are we announcing an IPO filing,” chief financial officer David Lee told Reuters.