Octopuses are considered to be one of the smartest creatures in the ocean—and people love them. Despite this, around the world, the demand for delicacies made with octopus is on the rise. Some scientists are now searching for a way to farm octopuses through aquaculture.

China accounts for more than one-third of the global octopus catch and Japan, Korea, and northern Mediterranian countries are the top importers, according to the recent essay “The Case Against Octopus Farming,” from New York University researchers.

The global catch is currently 420,000 metric tons a year, but demand is rising in China, the U.S., and Australia. Octopus is considered a luxury food. But, the growing gourmet market has pressed some to explore intensive farming—aquaculture—in order to meet the anticipated demand.

Carlos Rosas Vázquez—a biologist at the National Autonomous University of Mexico—is working towards figuring out how to breed octopuses commercially. Previous researchers have struggled with success.

Breeding octopuses as commodities raises ethical dilemmas for some.

“People have this weird love affair with octopuses,” biologist Rich Ross at the California Academy of Science in San Francisco told National Geographic. “I know those who would never eat them but have no qualms about eating pigs, and there’s abundant evidence that pigs are highly intelligent.”

In addition to ethical issues, would intensive octopus farming be sustainable? 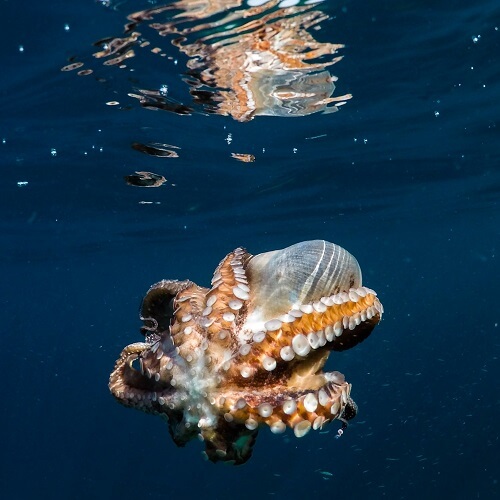 There are ethical and environmental issues with farming octopuses.

What Is Octopus Farming?

The majority of octopus farms are small, artisanal, typically family-run businesses that still use traditional techniques.

In the essay “The Case Against Octopus Farming,” co-author and professor Jennifer Jacquet argues that the ethical and environmental impact of meat, eggs, and dairy should “lead us to ask whether we want to repeat mistakes already made with terrestrial animals with aquatic animals, especially octopus.”

As with the factory farming of cows, chickens, pigs, and other land animals, aquaculture is known to have a negative impact on the planet. Jacquet’s essay explains that aquaculture releases nitrogen and phosphorus into the ocean.

Other forms of pollution include fertilizers, algaecides, herbicides, and disinfectants. Aquaculture also includes the “excessive use of antibiotics,” disease transmission between escaped and wild fish, and habitat loss.

Beyond pollutants like nitrogen and phosphorous, Jacquet says that aquaculture poses another sustainability problem: animal feed. 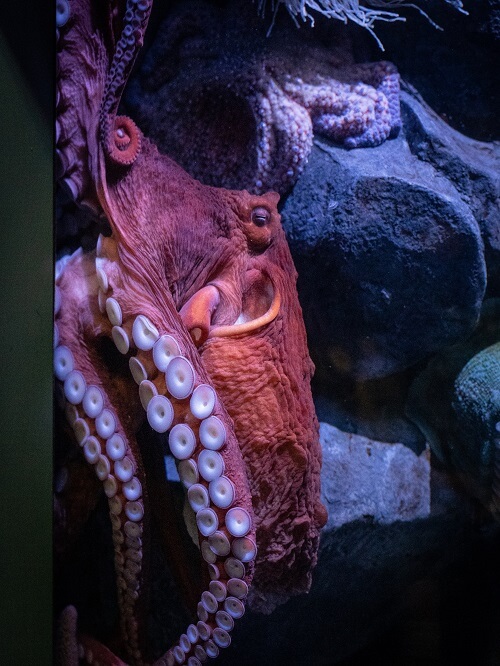 Are octopuses the smartest animals in the ocean?

Factory-farmed land animals are typically fed corn and soybeans. While both are also known to have a negative impact on the planet, the majority of aquaculture-raised animals are carnivorous. One-third of the global catch becomes fishmeal for animal feed, around half of which goes to the aquaculture industry.

Studies have shown how the global fishing industry is destroying marine populations. According to the Food and Agriculture Organization of the UN, nearly 90 percent of global fish stocks are fully, overexploited, or depleted.

Overfishing has a ripple effect, making it harder for prey fish such as sharks to find food. This leads to declining populations of smaller fish.

Bycatch—when animals other than the target fish are caught—is another issue. According to ocean conservation nonprofit Oceana, bycatch may make up 40 percent—63 billion pounds a year—of the world’s catch.

Increased reliance on aquaculture, Jacquet explains, adds, adds additional strain on the oceans. The global annual catch of octopuses is around 350,000 metric tons.

How Smart Are Octopuses?

The essay presents switching focus to invertebrates and other invertebrae, “such as freshwater carps, bivalves, and aquatic plants that require little to no feed.”

It adds that there are fewer welfare concerns because “many invertebrates are considered to be less cognitively and behaviorally complex.”

Bivalves like scallops and mussels, to the extent of our knowledge, are not sentient. This has raised the question of whether or not vegans can eat bivalves. Vice reports that some stand against it (bivalves are animals and vegans avoid animal products), others may avoid all animal products apart from bivalves.

By comparison, octopuses are known to be highly intelligent. An AFP News Agency video from ten years ago shows the crafty invertebrae carrying coconut shells to use as armor.

“It suggests the octopus is carrying these tools around because it has some understanding they may be useful in the future,” Piero Amodio, a graduate student studying animal intelligence at the University of Cambridge in Britain, told the New York Times.

Perhaps a symptom of speciesism, we know that elephants and apes are capable of complex thought and problem-solving skills. It wasn’t until recent years that scientists have realized that cephalopods—which includes squid, octopuses, and cuttlefish—are much smarter than we previously thought.

“Octopuses are highly evolved and specialized. They have the largest, most complex brain of any invertebrate animals on Earth,” said Roger Hanlon, a senior scientist at the Marine Biological Laboratory in Woods Hole, Massachusetts.

In April 2016, a captive octopus at the National Aquarium of New Zealand named Inky made a daring escape. According to Live Science, he squeezed through the top of his tank, slithered across the floor, and crawled through a drainpipe that happened to lead to the ocean.

Octopus escapes aren’t usual. They also have other stealthy quirks that let them avoid predators, such as camouflage.

Octopus intelligence may, in part, be due to evolution. The nautilus, a shelled cephalopod, has a much smaller brain. But shellless octopuses have no protection against predators other than crafty survival skills.

“We can’t take for granted that there’s just one way to intelligence. There could be different paths,” said Amodio. 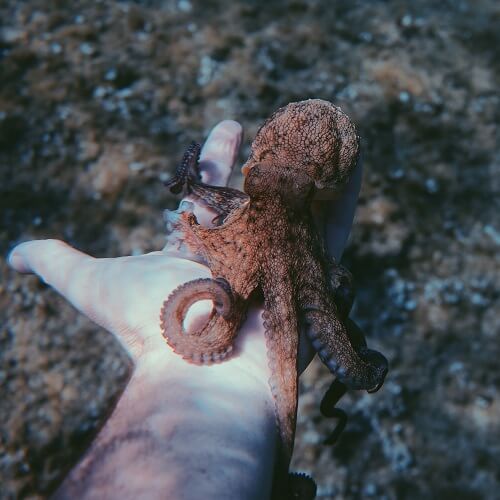 Should intelligence play a role in the morality of using animals for food?

Regardless of intelligence, is farming any animal for food ethical? A cow’s intellectual ability versus a grown adult is often cited as to why it’s okay to breed, confine, kill, and consume one, but not the other.

According to Animal Ethics, a nonprofit that promotes discussion of animal issues, there have been few studies related to animal sentience—how much animals think, feel, and perceive. Animal cognition—their intellectual capacity—has received more attention.

Animal Ethics notes that many nonhuman animals have the ability to deal with complex and abstract concepts. These animals include mammals and birds. Creatures with the ability to conceptualize may be able to form beliefs—but we don’t know that for sure yet.

The focus on the moral value of animals based on their intelligence is speciesist, according to the organization. Determining whether or not another being deserves our concern, it says, should be a matter of consciousness.

That isn’t to say that showing how smart animals can be—like a pig solving a toddlers’ puzzle—has no value.

At times, this can disrupt someone’s preconceived notions that farm animals aren’t clever like our pets and lead to more complex questions about sentience and who has a right to exist unharmed.

While octopuses are smart, when it comes to using other living beings, Animal Ethics adds that emphasizing “cognition over consciousness may give the impression that what matters morally is not consciousness as such, but the possession of certain cognitive abilities.”

“As a consequence, a wide range of common views that reinforce anthropogenic speciesist prejudice would be reaffirmed,” it continues. “Such as that only the possession of human-like states of consciousness is morally relevant.”