Are vegans healthier than meat eaters? It’s a question often pondered by vegans, vegetarians, omnivores, health professionals, and everyone in between — with good reason. The majority of us were raised to believe that meat, dairy, fish, and eggs are necessary for good health. But a growing body of medical studies shows that the health benefits of a plant-based diet may outweigh traditional diets. Here’s a breakdown of what “healthy” means and whether or not vegans really can be healthy without animal products.

What Does ‘Healthy’ Mean?

Athletes are likely to have a lower resting heart rate

Healthy means a lot of things to a lot of people. For some, it’s about mental health, and for others its about eating well and getting enough exercise. But what does “healthy” mean?

It turns out, “healthy” can mean lots of things. For example in terms of cardiovascular or heart health, doctors usually look for a resting heart rate of between 60-100 beats per minute (bpm).

However, the heart of an athlete or someone who does a lot of cardiovascular exercises is likely to beat a lot slower — sometimes as low as 30bpm. This is because the heart is stronger and can pump a greater volume of oxygen-rich blood to muscles, in turn requiring fewer beats.

An increasing body of evidence shows that animal products like red and processed meat and eggs can increase one’s risk of heart disease. A study by the Cleveland Clinic found that red meat may increase the risk of cardiovascular disease by as much as 1,000 percent. While white meat was once considered a healthier alternative, recent evidence shows that it’s just as bad for cholesterol as red meat.

Blood pressure is often linked closely with cardiac health. Having high or low blood pressure can signal that the heart is not functioning properly, either by having to work too hard to pump blood through the body or by not pumping hard enough.

Both hypertension (high blood pressure) and hypotension (low blood pressure) can cause health issues, though they vary in severity. Most recently, medical studies have shown that animal products such as grilled meat and fish can increase one’s risk of high blood pressure, which is closely associated with a higher risk for stroke and heart attack. One study from the Journal of Nutrition showed that vegans have a lower risk of hypertension. Findings presented to the American Society for Nutrition last June found that a plant-based diet can normalize blood pressure within two weeks.

For those who consider health to be related to exercise, Body Mass Index (BMI) won’t be an unfamiliar term. What many also now recognize is that BMI, used for years to measure whether someone was “healthy,” is an unreliable method.

As a study led by UCLA in the U.S. found, people who are classed as overweight or obese on the BMI scale can be completely healthy. Researchers compared BMI with other more sophisticated health markers such as “blood pressure and glucose, cholesterol, and triglyceride levels.“

The study discovered that close to half of Americans considered overweight when using BMI measurements are actually healthy. Conversely, 30 percent of people considered in a “normal” or healthy range in BMI were, in fact, unhealthy based on other readings. According to a study published in the journal PLOS Online last December, a plant-based diet is linked to a lower BMI. 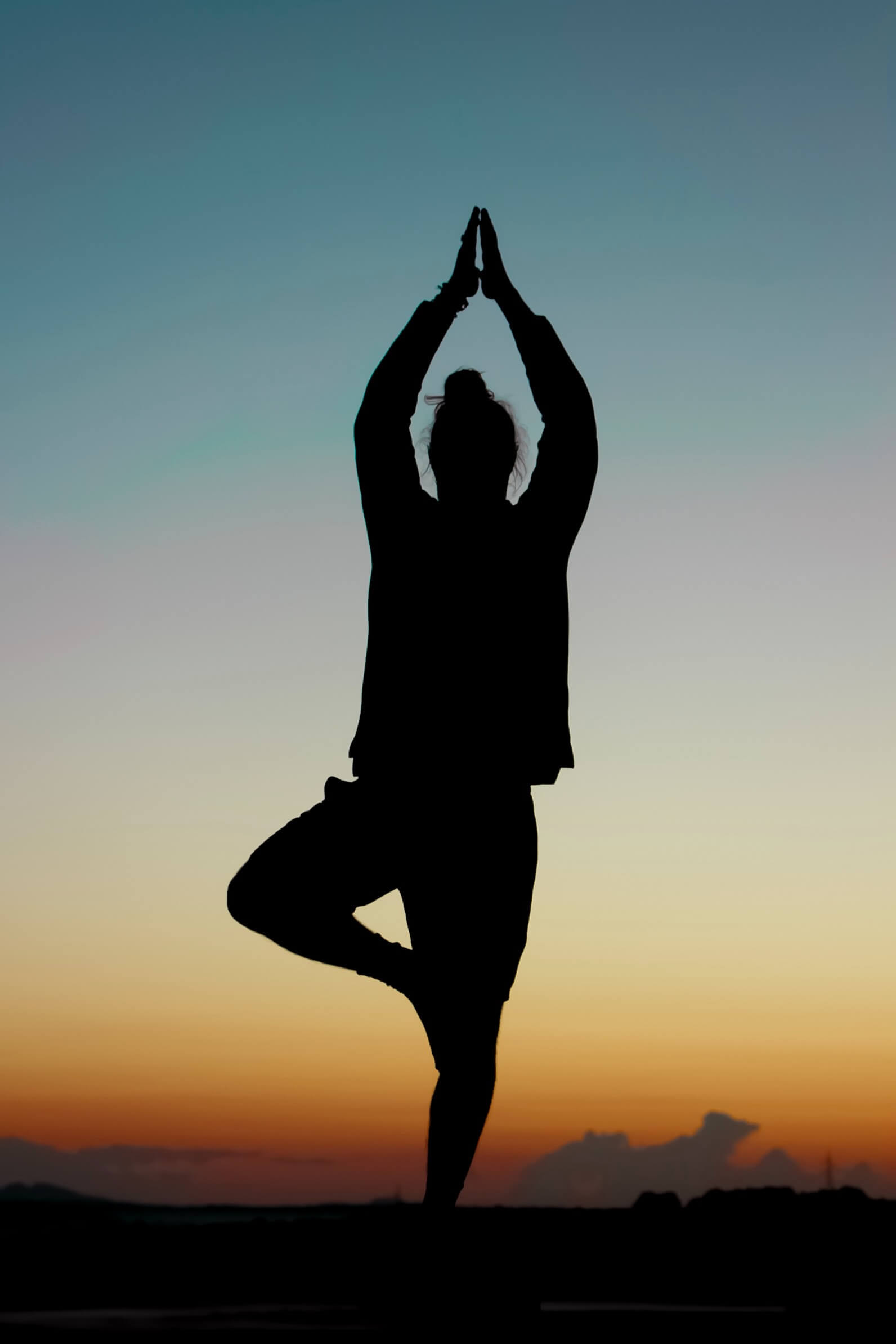 Not all vegans are skinny and do yoga

Similarly to the general population, body diversity within the vegan community is a hot topic.

Often, people assume that vegans are all tall, thin and glowing.  Others might assume that without the protein from meat or dairy, all vegans are weak and sickly. Although many vegans credit their plant-based diet for clear skin and lustrous hair, not all those who are vegan are skinny. And for many, health is not the primary reason for following a vegan lifestyle.

Vegan blogger Rebecca Nahid put it best in a piece for the Vegan Society. She said, “I don’t stand scanning ingredients in supermarkets and sacrificing animal products for the sake of my body image. I do it so that fewer animals die for my palate.“

A study conducted by Cancer Research UK in 2006 found that on average all 22,000 participants gained weight over a five-year period. However, vegans and vegetarians saw the lowest average weight gain at just 0.5kg over five years.

There are several athletes now smashing through the stereotype that vegans are weak or unable to participate in high-level sportsmanship due to malnutrition. Footballers such as Manchester United defender Chris Smalling and Arsenal right back Héctor Bellerín have both spoken to a plant-based diet keeping them at the top of their game.

“The fact that I felt so good [after going vegan] meant it wasn’t hard to justify,” Smalling told Men’s Health last April. “My recovery times improved. I’m used to playing twice a week, and the second day after a game, I’d normally be very sore. But when I was becoming vegan, I was bouncing back faster. The masseuse noticed that my muscles were recovering better, too.”

Aside from scientific studies and famous athletes, everyday people are also highlighting the broad range of vegans in the world. Gemma Davis runs the Instagram account The Compassionate Road and has organized a social media campaign to do just that.

The #plantbased campaign features on the page involved photographing ten vegan social media influencers. The ten people range from bodybuilders to business owners, showing the diverse range of people who are vegan and the reasons for going vegan.

The Health Benefits of a Plant-Based Diet

Most people are familiar with the idea of making sure to “get your five a day” — a recommendation that was adjusted by the UK government to ten portions of fruit and vegetables in 2017. Experts measure one portion as 80g, or a small handful, though this differs depending on the food.

There is now mounting evidence to suggest that if more people did manage to consume even a third of the minimum recommended amount, the health benefits are valuable. PCRM (Physicians Committee for Responsible Medicine), a nonprofit organization made up of more than 12,000 doctor members, regularly advocates and presents new evidence speaking to the health benefits of veganism.

Imperial College London conducted a review of several studies on fruit and vegetable consumption. Originally published in the International Journal of Epidemiology, the review showed that consuming 200g (about three portions) of fruit and vegetables could reduce health risks such as heart disease, cancer, and premature death — conclusions that have been backed up by other studies.

The risk of cardiovascular disease dropped by 13 percent, cancer by 4 percent, and premature death by 15 percent. When consuming 800g, or ten portions this dropped by 28, 13 and 31 percent respectively.

Celebrities such as filmmaker Kevin Smith have been very public about the health benefits of going vegan. The “Clerks” creator adopted a plant-based diet following a major heart attack in early 2018. Since then, Smith has dropped weight, but also celebrates being more active in general. He also now has a legendary love for vegan fast food.

Is Vegan Junk Food Better for You? 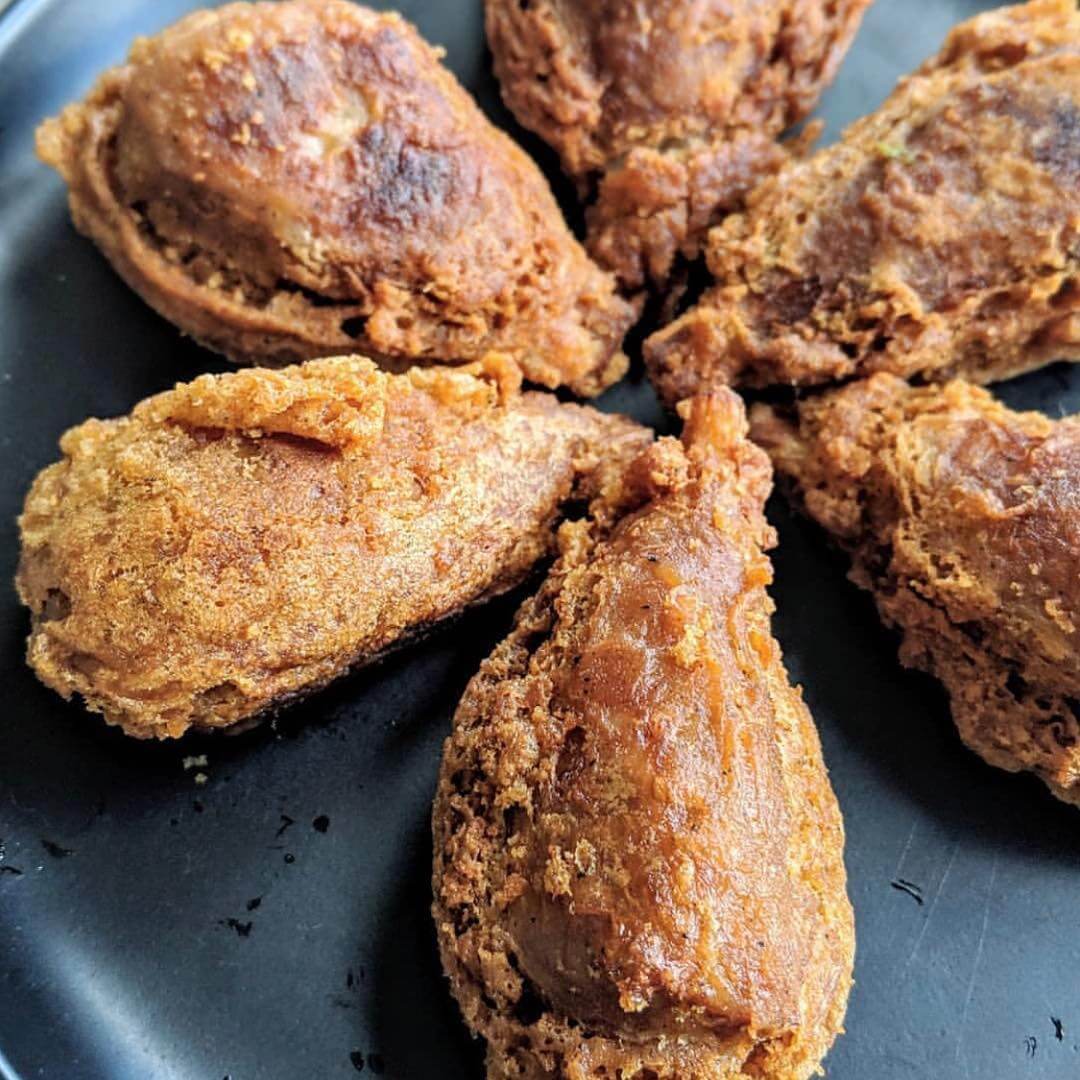 Vegan junk food can be just as bad for you

Of course, as with a diet including animal products, it’s easy to find junk food to satisfy a whole range of cravings. Many products that are readily available on grocery store shelves are already “accidentally” vegan, meaning there is sometimes no need to give up old favorites.

Highly processed products such as Oreos, crisps, and many brands of sweets often use synthetic ingredients rather than animal products in order to prolong their shelf life. It is also more than possible to be vegan and live on PB&J’s and chips.

The rise in veganism has led to a whole range of original “vegan junk food” products becoming available.

Some fast food chains have adopted plant-based alternatives, such as the Impossible Whopper and the Beyond Burger. Since Beyond Meat’s big success on the stock market, more fast food chains — including Domino’s, Papa John’s, Wendy’s, and Dunkin’ — are considering adding plant-based options to the menu.

Independent restaurants such as vegan fried chicken shop Temple of Seitan, in London, have opened and thrived, in part due to the lack of competition from big brands such as McDonald’s and KFC. Veggie Grill — a vegan fast-casual chain and favorite of Kevin Smith — is set to have 50 locations by 2020. But, are these options just as bad as their meaty counterparts?

Companies such as Beyond Meat and Impossible Foods advertise  that their products have no cholesterol. High cholesterol has been shown to lead to cardiovascular disease, specifically fatty deposits that can lead to heart attack or stroke.

However, as Food & Wine points out “plant-based burgers—at least the ones that most faithfully replicate meat—are going to fall into the same ‘indulgent’ category as their animal-derived counterpart: they’re probably not going to be a five-times-a-week meal, at least not right now.“

Although it has always been assumed, research has finally proven the link between processed food and weight gain. A study published by the National Institute of Health (NIH) proved “weight gain is a direct result of the mix of nutrients found in [processed products]: from fat, sugar, and salt, to proteins, sodium, fibers, carbs, and calories.“

This could be due to the fact that when following the ultra-high processed diets consumed 508 calories more on average per day than the unprocessed diet. Participants also ate faster when consuming processed foods, which meant they were more likely to overeat before their bodies felt full. Recent research published in the British Medical Journal linked eating processed, fried food like chicken, fish, and even plant-based options like fries and tortilla chips to an early death.

The whole food plant-based diet is the diet referred to when most researchers discuss the health benefits of veganism. It often focuses on consuming diverse sources of fiber, such as whole grains and legumes (peas, lentils and beans).

Such types of fiber help to keep you feeling full for longer, but have also been associated with a lowered risk of dying from colorectal, or bowel cancer.

A study published in JAMA Oncology showed that for every 5 grams of fiber added to a participant’s diet, the risk of that individual dying from colorectal cancer reduced by a massive 25 percent over an eight-year period.

As with most other areas of medical science, there is always debate surrounding the question “are vegans healthy?” Although many of us were raised to believe that animal products are necessary to maintain good health, an increasing body of medical evidence points to the health benefits that veganism can offer.