On July 19th, OKC Animal Welfare posted photographs of sheltered animals wearing tinfoil hats with the message “Come storm our shelter…We have great animals ready to protect you from the Area 51 aliens. Adoption isn’t that far out of this world!”

The initial Facebook post has over 8.6 thousand interactions and this publicity has helped raise more than $2,800 for the shelter, as well as almost emptying the shelter at a busy time of year.

OKC Animal shelter promotes health, safety and welfare for both people and animals. On the official website it states that “OKC Animal Welfare serves more than 24,000 animals each year. We never turn away any homeless, abandoned, injured or sick animals. We’re OKC’s only organization with this unique responsibility.”

Out of This World 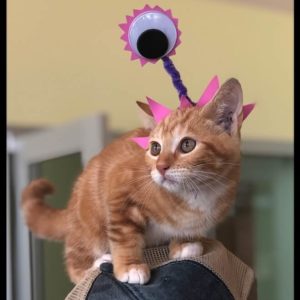 The Animal Care and Adoption Shelter in Longview, Texas, also managed to use conversation surrounding Area 51 to promote shelter animals, offering temporarily lowered adoption fees. Through a Facebook post on July 20th the shelter said “Do you want to storm Area 51 and find aliens? You can do that right here at the Longview Animal Care and Adoption Center (LACAC 51).”

“We won’t resist, you can take them all,” continued the lighthearted post. “Our aliens can go home with you for the best price in the galaxy. Adoption fee includes spay / neuter, microchip, and age appropriate vaccinations.”

The shelter has continued uploading entertaining themed photos to attract more support for animal adoptees, most recently celebrating Shark Week with a series of photographs and videos involving animals and staff dressed up.

Both Longview Animal Care and OKC Animal Welfare have used the publicity to raise awareness of the importance of shelters in general, and despite being almost at capacity beforehand many of the animals from both rescue centres have since found homes.