How do you get meat loving Argentinian politicians to try plant based foods? Reverse psychology, claims chef to the presidential office, Dante Liporace.

Last year, Liporace was instructed by none other than the nation’s president, Mauricio Macri, to cook up exclusively vegan meals for his staff on Mondays. The request was made in an attempt to make his office healthier.

The idea, Liporace told The Independent, was to force people into changing their diet for one day. He said, ‘It was decided to make the Monday menu totally vegan. That way, people didn’t have the chance to say, ‘I won’t go for the vegan option today.’ 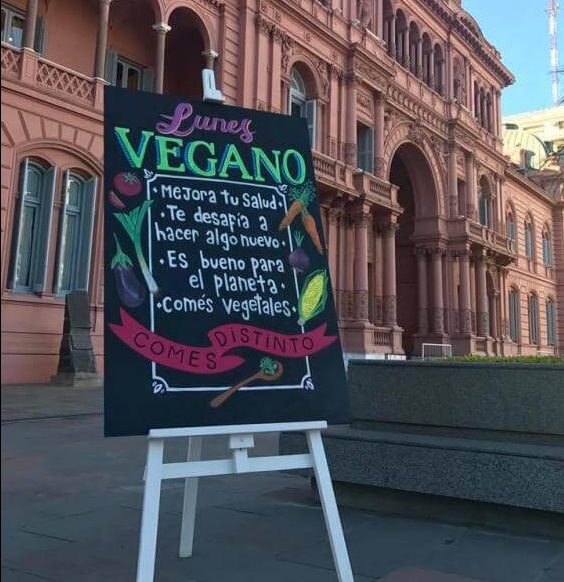 Liporace attempted to persuade his colleagues to be open-minded to the new menu by writing on a chalkboard in the office canteen, ‘it will improve your health, it challenges you to do something different, it’s good for the planet.’

However, sadly, despite Liporace’s best efforts, the exclusively vegan selection was shunned by employees and the new initiative lasted just 3 weeks.

But the chef did not give up, he continued to provide plant based meals alongside the normal meaty options every week. To his surprise, despite their previous anti-veganism attitude, out of the 600 employees who usually lunched at the canteen, when given the choice 250 were opting for the plant based dishes.

Due to his determination, the meat-free Monday initiative is due to be reinforced at the presidential canteen this year. Second time lucky, the odds are looking much better this time around.