Vegan musician Ariana Grande just dropped the second single from her upcoming album “thank u, next.” To celebrate, the popstar threw a party with her friends, some plant-based snacks, and her adopted pig – because, why not?

Grande kept fans in the loop by sharing videos of the release party on her Instagram Story. The videos show Grande singing to the small pig, who has her own Instagram with nearly 600,000 followers. Named Piggy Smallz, the animal recently starred in the music video for Grande’s song “breathin.”

It’s illegal to keep pigs in New York, a fact that one fan pointed out to Grande on social media. Grande responded, “SHE’S AN EMOTIONAL SUPPORT PIG I NEED HER.” It’s unclear whether the entertainer was being serious, however, according to the American Mini Pig Association, therapy pigs are a thing. “They can ease anxiety and panic attacks and improve the symptoms of depression and Post Traumatic Stress Disorder in some individuals,” the organization stated.

The chips, which are entirely plant-based and contain “no chemicals, no cruelty,” are made from slices of mushroom with seasoning and are said to taste like bacon. The product is projected to be one of the hottest snacks of 2019. 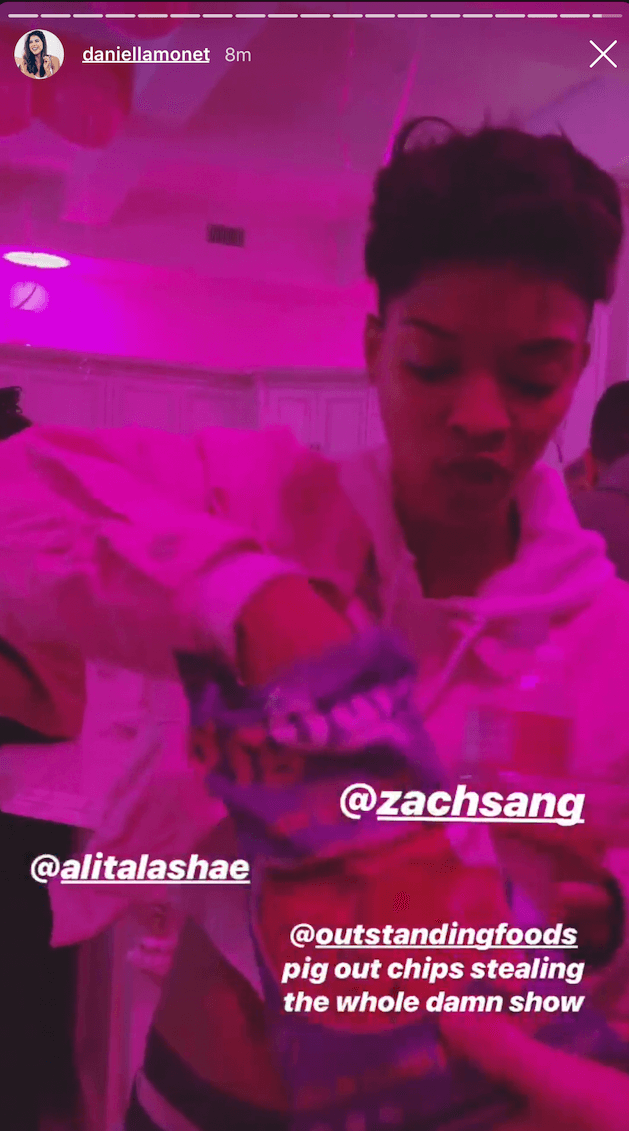 Piggy Smallz isn’t the only pet of Grande who loves the camera. One of Grande’s ten rescue dogs, Toulouse, appeared in the music video for the just-released track “7 Rings.” The cameo wasn’t intentional, Grande said on Twitter that her pup “wasn’t originally supposed to be in this video but he literally wouldn’t leave me / set / the shot.”

Grande adopted a plant-based diet in 2013 and has long been a vocal advocate for animal rights. Judging by her ten rescue dogs, she is likely a supporter of the “adopt, don’t shop” movement that encourages people to rescue pets from shelters instead of buying them from breeders or pet stores.