The former bodybuilder and filmstar makes the claim in “The Game Changers” documentary, which is set to be screened in a global theatrical event in September.

“The Game Changers” posted an exclusive clip of Schwarzenegger on its Instagram account. Talking about his bodybuilding days, he says, “I ate a lot of meat — I ate my 10, 15 eggs a day. I had my 250 grams of protein in a day because I weighed 250 pounds.”

“As I got older and I started reading up on it, I recognized the fact that you really don’t have to get your protein from meat — or from animals,” he continues. “So we started going more in the direction of a vegetarian kind of diet. Now we’re doing it the right way, with spices, and all of a sudden, I love it much more than the meat.”

The switch has been beneficial for the actor’s health. He adds, “the cholesterol went down to around 109, it was the lowest that it ever was in my entire life, at almost 69.”

💥@schwarzenegger used to be a BIG meat-eater, but in this exclusive NEW clip from @entertainmenttonight Arnold discusses why he is becoming a BIG plant-eater. 🌱 . . 🌎 Be a part of our Sep 16th ONE NIGHT ONLY global event – featuring a special after show — "hosted" by master storyteller James Cameron — which includes deleted scenes, extended interviews and surprise appearances! Seating is limited and tickets are selling out quickly! Hit the link in our bio and gets yours NOW! 👆 . . US + CANADA + UK + IRELAND + GERMANY + THE NETHERLANDS + UKRAINE + AUSTRALIA + NEW ZEALAND – tix on sale now. . . TICKETS ON SALE SOON IN: Austria, Switzerland, Belgium, Luxembourg, Sweden, Norway, Denmark, Finland & more – sign up for our mailing list so you don't miss ticket announcements for your country! Link in bio! . . #gamechangersmovie #thegamechangers #teamgamechangers #plantbased #plantbasedathletes #plantbasedathlete #plantbaseddiet #arnold #schwarzenegger

‘The World’s Most Dangerous Myth’

It stars a number of plant-based athletes, including Formula One champion Lewis Hamilton, lifter Kendrick Farris, tennis star Novak Djokovic, and Olympic cyclist Dotsie Bausch. The documentary predominantly follows James Wilks, an elite special forces trainer, who is “on a quest for the truth behind the world’s most dangerous myth: that meat is necessary for protein, strength, and optimal health.”

According to Schwarzenegger, this myth has come about because of marketing. “There’s no one that can relate better to that than I do because I have lived in that world,” he says in an earlier trailer for the film. “They show these commercials — burgers, George Foreman Grill, big sandwiches and all that stuff.”

“This is great, great marketing by the meat industry,” he continues. “Selling the idea that real men eat meat. But you’ve got to understand: that’s marketing. That’s not based on reality.” 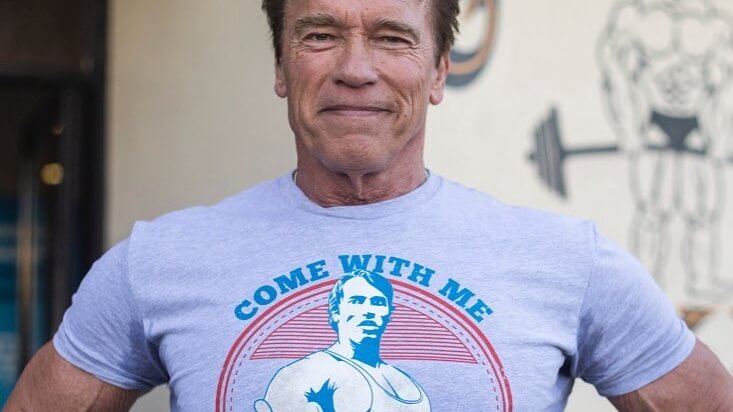