A Pennsylvania art show will no longer use monkeys for the sake of entertainment. Mount Gretna Outdoor Art Show, which has featured a monkey act for the past 20 years, will no longer hire the exploitative act on welfare grounds, international animal rights group PETA (People for the Ethical Treatment of Animals) reports.

Django, the capuchin monkey used for the act, is the companion of Jerry Brown the Monkey Man, a traveling showman who primarily visits carnivals and festivals in the northeast of the US.

Brown’s talents include juggling, fire-eating, and playing music. He also walks around fair grounds and attends children’s birthday parties with Django dressed up in a rainbow outfit and tethered to Brown’s body by a leash. A 2015 Baltimore Sun article describes Django as “past middle-aged in monkey years” but she might spend four to five hours perched on Brown’s shoulders. He purchased Django in 1992, according to the Dundalk Eagle. 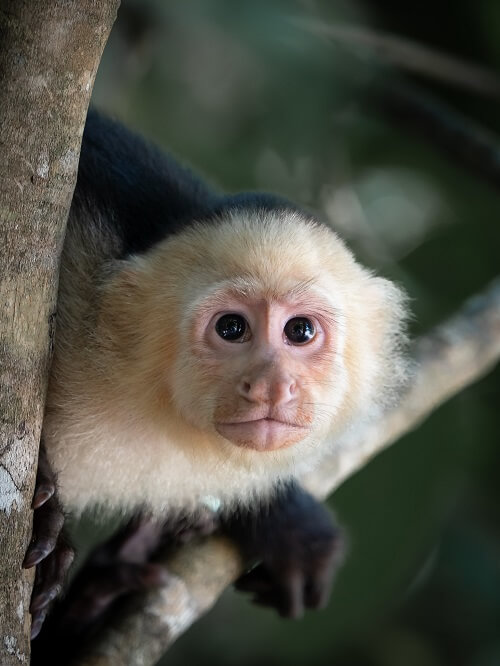 No matter how much human socialization monkeys have, they are still wild animals that may become aggressive or try to bite when forced into stressful situations. Django can’t bite when she wants to leave a situation because she has no canines — “They were likely pulled out, a cruel and traumatic procedure that’s been prohibited by a U.S. Department of Agriculture policy since 2006,” notes PETA.

A 2015 YouTube video shot at the Akron Arts Festival shows Django grabbing a visitor’s hand — when Brown pulls her back, Django becomes visibly upset and bites his hand. PETA says an individual recently filmed Django behaving aggressively toward children at a fair.

“We know so much more about animals now than we did 20 years ago, including that monkeys invariably suffer when subjected to a barrage of strange noises and busy activity and to grabbing hands,” PETA primatologist Julia Gallucci said in a statement.

Last Valentine’s Day, PETA convinced senior-living company Mount Joy to cancel an act featuring Django. An event was also canceled in Chestertown, Maryland, during the holiday season. Brown is still available for bookings, but his exploitation of Django can be stopped by not hiring him, the organization notes.

“The Mount Gretna Outdoor Art Show made the compassionate and forward-thinking decision to stop hosting this cruel act, and PETA urges everyone to skip any event that treats living beings as props,” says PETA.