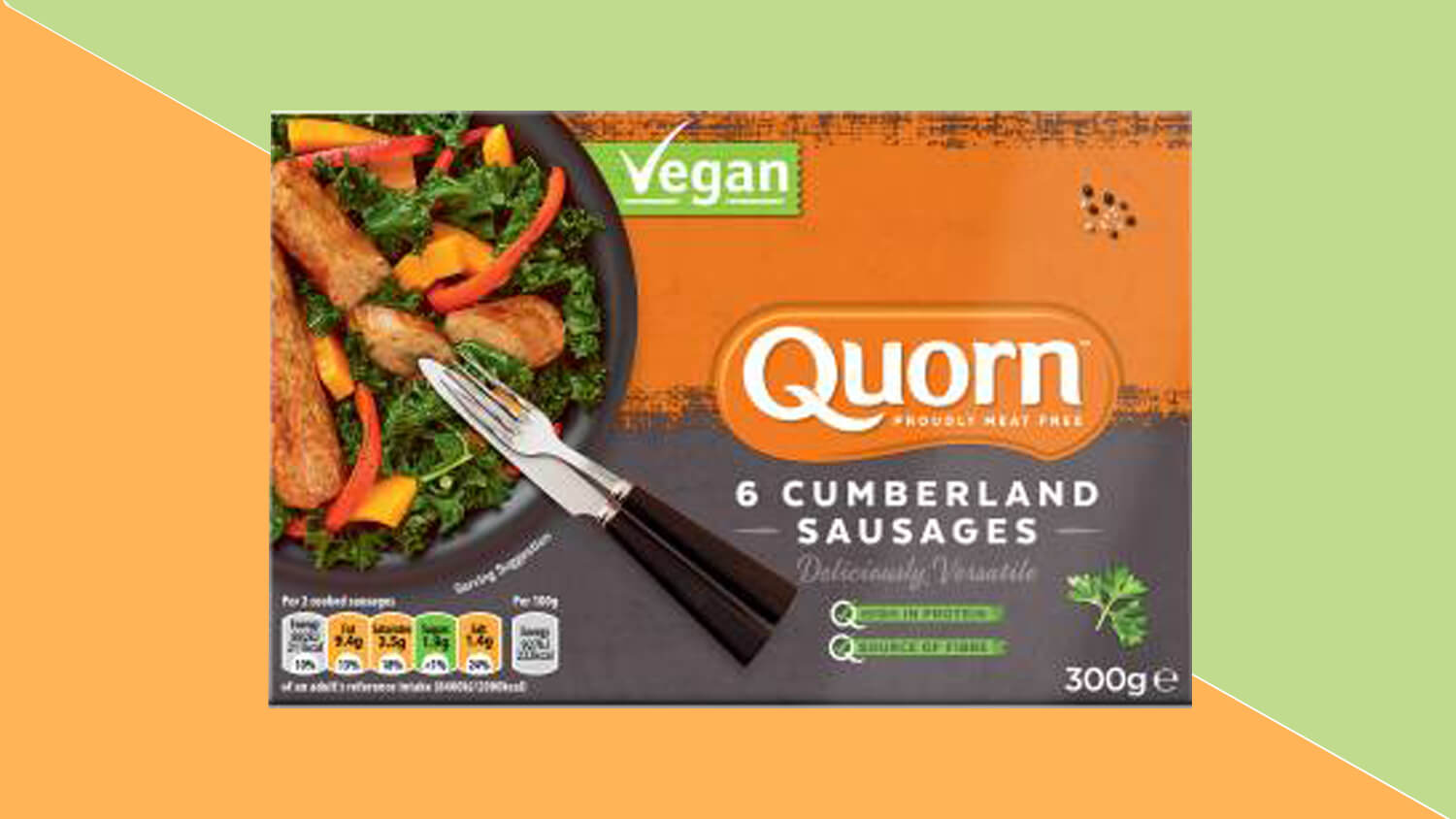 Quorn took to Twitter to make the announcement earlier this week. “We’re super proud to announce that our Quorn Vegan Cumberland Sausages have been awarded Frozen Food product of the year at the #AsdaInnovation awards,” wrote the company. “Thanks so much to everyone who voted for us!”

According to the official website, the Asda Innovation Award is an annual accolade the supermarket gives to what its consumers believe to be the freshest new product of the year. Individuals can vote on a variety of grocery categories including fresh food and bakery, chilled, frozen food, drinks, pet, health and beauty, and household. The Quorn Vegan Cumberland Sausages were nominated in the “overall” category for best frozen food and it is the sole winner for the entire frozen category.

“High in protein and a great source of fibre. These great-tasting vegan sausages are perfect in a warm summer salad or served in a weekend brunch sandwich,” reads the official product description. The meatless sausages are made from plant-based wheat protein and seasoned with parsley, sage, white pepper, and salt.

Add a touch of the Mediterranean to your week with this scrumptious Quorn Vegan Cumberland Sausage and Roasted Vegetable Roast recipe. Simply brown off our succulent Vegan Cumberland Sausages in a frying pan before roasting them with chopped butternut squash, red onion wedges, courgette and red peppers. Delicious! #Vegan #MealInspo #VeganEats #Healthy

moving towards a plant-based future

Founded in 1985, vegetarian brand Quorn is an established player in the burgeoning, but fast-growing plant-based meat market. Many of its products include eggs as a binding ingredient, but it seems that the brad is pivoting is focus to vegan protein in order to capture consumer demand. Last July, the company announced that it has invested £7 million into a new global innovation centre in order to develop new vegan products.

Will Grimwalde, a data analyst at leading research firm GlobalData provided insight into the decision: “Quorn’s decision to continue to orientate their new products towards the vegan market is further proof that veganism is seen as a meat-free diet to back in the long term, over traditional vegetarianism.”

While consumers may gravitate towards vegetarian food due to the health benefits, vegan food capitlizes on what Grimwalde described as “secondary dieting concerns.” Free from dairy, eggs, and other animal-derived ingredients, Quorn’s vegan products are more sustainable than their vegetarian precursors.