If you tend to get a bit peckish when you’re grocery shopping, soon you may be able to snack on Greggs’ vegan sausage rolls on your way around the aisles. The popular bakery chain is trialing new counters in a handful of Asda stores.

Asda supermarkets in Wigan, Boldon, Corby, Eastlands, and Huyton will be the first to trial the new counters. The locations will stock Greggs’ full menu, including the new vegan steak bake and its best-selling vegan sausage roll.

“We are constantly looking for new ways to increase customer choice,” said Preyash Thakrar, the chief strategy officer at Asda, in a statement. “By partnering with brands that fit with our core values of great quality and great value—like Greggs—we’re excited to be able to give our customers access to something new in store that we know they will love.” 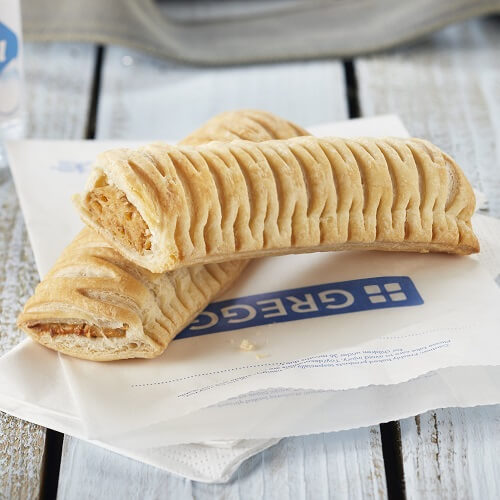 The vegan sausage roll was one of the most popular launches of 2019.

More Vegan Choices In the Works

Asda is responding to changing consumer demand. In January, the supermarket giant revealed it would close all of its meat and fish counters. Instead, it will trial “Food For Now” counters, which will offer ready-to-eat options.

Elizabeth Ruddiman, senior manager of Food For Now, said in a statement, “the success of our counters trials last year shows there is a demand for an offer which is better aligned with our customers’ lifestyles.”

If Greggs’ counters are successful, Asda shoppers may be able to get their hands on even more vegan products from the chain. Earlier this year, CEO Roger Whiteside revealed that vegan chicken was in the works.

Last year, he said that vegan versions of all of Greggs’ best-selling products are in development. “Many customers are demanding more non-meat products and we want to offer more choices,” he told the Evening Standard.

He then told LBC, “we are plugging away at seeing if we can come up with a vegan version of all our top-selling lines. Obviously, people want a vegan option. If we can succeed in doing that and produce something that tastes just as good as the meat version, then that will sell very successfully. That’s what’s been shown with the vegan sausage roll.”