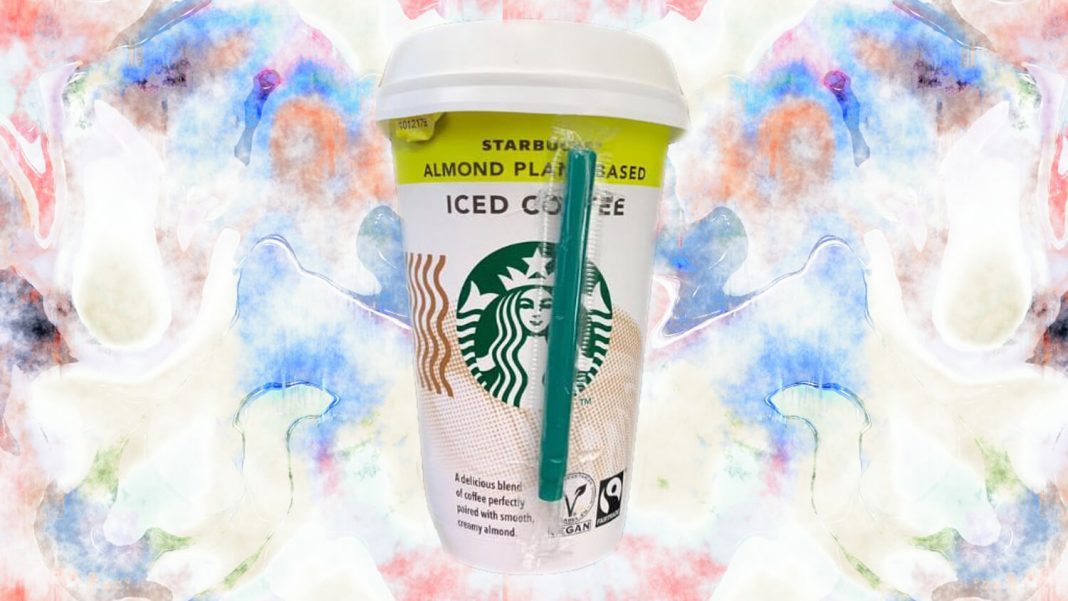 Asda supermarket stores in the UK are now offering Starbucks iced almond coffee, according to an Instagram post from the Accidentally Vegan UK page.

The product is listed on the Asda website as an exclusive to the supermarket chain.

Coffee giant Starbucks has been steadily increasing its vegan options after Rosalind Brewer, Starbucks’ COO, told shareholders last spring that the chain had plans to expand its plant-based offerings. Brewer said it’s the biggest request it receives from its customers.

“We have a line that we’d love to share with our customers later this year, so it is in our plans,” she said. “We know our customers ask us that repeatedly, and we’ll be responding.”

Last summer the chain launched several vegan drink options in its stores including a vegan option to its iconic PSL.

In June in the U.S. it announced plans to release vegan cold-brews featuring plant-based protein.

It’s not just beverages that Starbucks is giving a vegan makeover to. It’s also released vegan breakfast and lunch options and a number of its packaged snacks are vegan including the Leonardo DiCaprio-backed chickpea snack brand, Hippeas.

Asda, along with the UK’s other leading supermarkets including Tesco, Sainsbury’s, Morrisons, and Waitrose, has been steadily adding more vegan options to shelves, frozen and dairy sets.

In October, the supermarket added a vegan hemp milk range called Good Hemp. And in September, the chain added vegan pizza options to its fresh counters.

The addition of more vegan options has been credited for the chain’s recent spike in sales, the supermarket said in August. It’s a trend vegan brands are seeing across the globe. Tesco’s vegan ready meals under the house brand Wicked Kitchen doubled initial projections. In the U.S., vegan meat producer Beyond Meat saw its vegan burgers outsell traditional beef burgers over a five-week period in Southern California supermarket chain Ralph’s. The vegan liquid egg made by Bay Area brand JUST outsold liquid chicken eggs after its recent supermarket placement as well.