The second largest supermarket chain in the UK describes its new quarter pounders as “wonderfully succulent,” according to the packaging. The patties, which contain red onion and pepper seasoning, are a source of fibre and are high in protein. They contain no cholesterol. 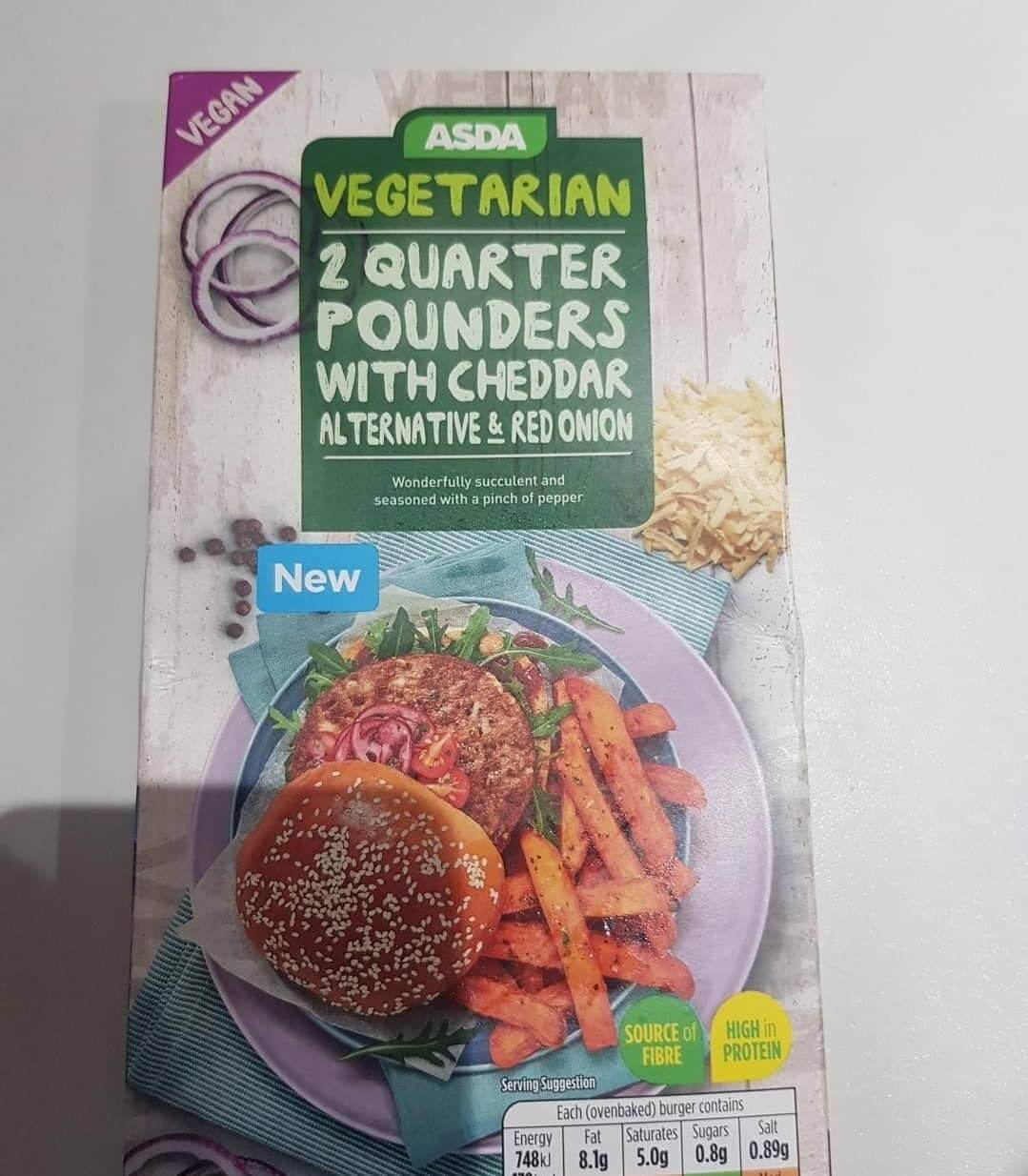 The new quarter pounders are Asda’s latest foray into plant-based food but not the first. The supermarket chain has been steadily increasing its vegan options to cater to demand.

Earlier this year, Asda introduced a vegan cheese and onion focaccia. The bread is gluten-free and is topped with dairy-free red Leicester and caramelized red onions.

The major supermarket chain recently became one of the first to stock cans of banana blossom, an ingredient derived from the banana tree which is increasingly becoming a popular ingredient in vegan fish.

Asda recently introduced a dedicated vegan section in its stores. The clearly labelled vegan fridges are found beside the vegetarian ones, rather than combining the two under the vegetarian name. The move aligns with the growing popularity of veganism in the UK. Recent research from consumer brand services business Ceuta Group found that the number of people researching vegan products online has increased by 469 percent.

Waitrose was the first major supermarket chain to install a dedicated vegan section. The company made the move after it released 50 new plant-based products. Vegan and vegetarian buyer for Waitrose Chloe Graves said the change was inspired by demand. “Our current selection of [vegan] products has been selling really well week after week. With requests for more choice coming from our customers and partners, we could clearly see there was an appetite to have more vegetarian and vegan options in our shops,” she explained.