The soy-based chicken pieces, which come in a crispy southern-fried coating, are being sold frozen under Asda’s own-brand line. They are low in saturated fat and are a source of protein, according to the product’s packaging.

The Popularity of Vegan Chicken

More people are ditching animal products for the good of the planet, their health, and animal welfare. The public’s lean toward plant-based food motivated one of the world’s largest fast-food chains, KFC, to introduce a vegan chicken burger in June. The meat-free burger, called the Imposter Burger, sold out after just four days, selling 500 percent more than the average new product.

The Imposter Burger includes egg-free mayonnaise and a Quorn chicken fillet coated in KFC’s signature blend of herbs and spices. “We knew there were plenty of people who would want to get a taste of the Imposter, but we didn’t anticipate this phenomenal response,” Victoria Robertson, the senior innovation leader at KFC, said to Metro in June. “We can’t wait to get the Imposter back out in restaurants so vegans can get their finger lickin’ fix.” 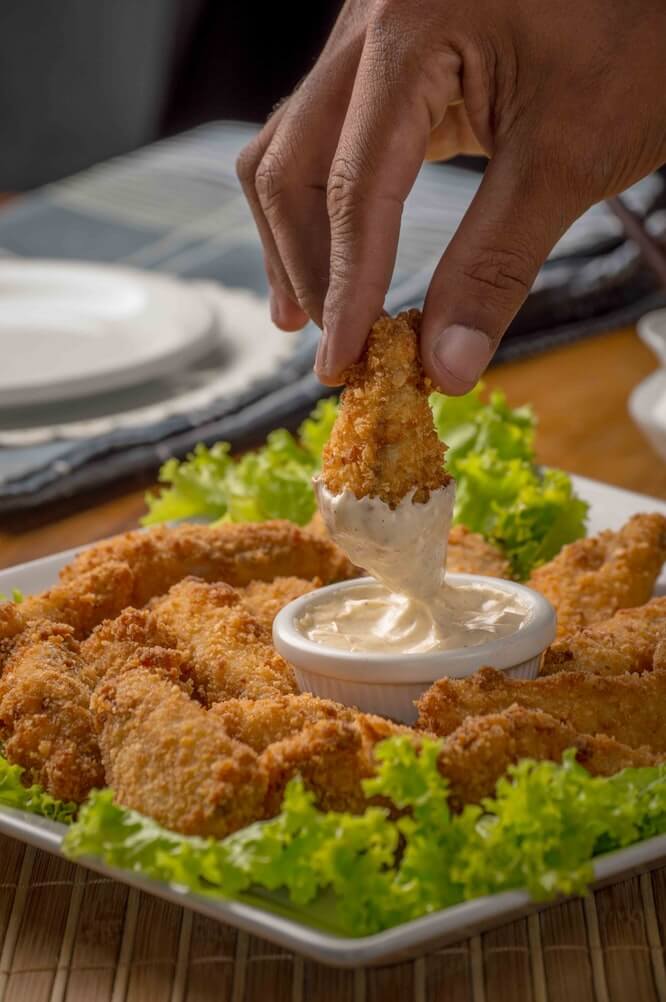 Vegan chicken is cropping up more and more.

The meat-free popcorn chicken is just one of Asda’s many vegan options. The supermarket chain began selling plant-based chicken nuggets under its own-brand label earlier this year. July saw Asda launching vegan meat burgers stuffed with dairy-free cheddar cheese. The quarter pounders — described on the packaging as “wonderfully succulent” — feature red onion and pepper seasoning. The cholesterol-free patties are a source of fibre and are high in protein.

Asda announced its upcoming Christmas range the same month. The chain’s festive food range will include no pork cocktail sausages and a vegan Wellington, which features a blend of chickpeas, cranberries, and apricots mixed with festive spices and a sweet cranberry sauce, packed into a golden puff pastry. Plant-based cranberry and apple stuffing balls and vegan gold and chocolate swirls, filled with caramel sauce and chocolate mousse, will also be available.