This year, Asda has started offering vegan mince pies, and everyone’s pretty excited about it.

The mince pies are not only labeled vegan but are also approved by The Vegan Society, giving consumers the peace of mind that they’re buying an animal-free product for the festive season. You can grab a box of 6 of these festive treats for just £1 in store, or get four of the freshly baked version for 89p. 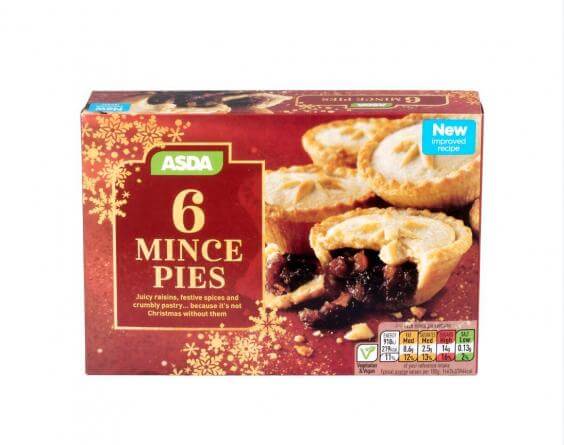 Veganism has seemingly grown hugely within the UK over the past year, with vegan options and entire vegan menus popping up all over the country in chains and independents alike.

For many people in the UK, Asda is just providing what they’ve been asking for. According to a recent Waitrose survey, 10% of UK vegans felt that they were missing out on sweet treats over the Christmas period due to lack of supply.