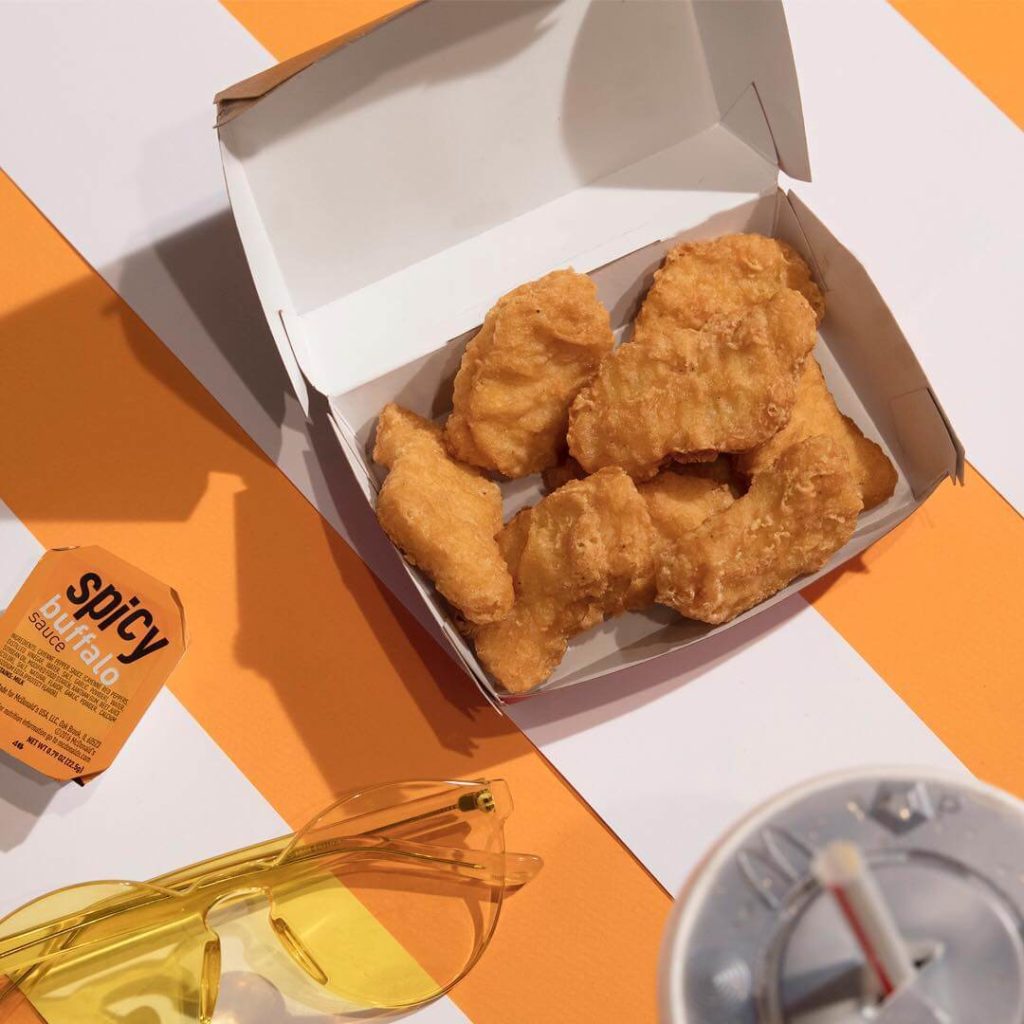 From bacon fries to orange chocolate buttons to unicorn crumpets, Asda’s vegan options are creative, to say the least. Its latest nugget offering may not be quite as unique, but it certainly satisfies consumer demand.

Chicken nuggets have become a pop culture icon, references to “nuggz” appear frequently on social media and food challenges often revolve around how many can be stuffed in one go. In 2017, student publication The Tab ranked UK cities on how much they loved chicken nuggets (Durham came out on top).

But all this nugget consumption has an impact on the animals.

A recent video made by animal rights organization Mercy For Animals — starring actors James Cromwell and Emily Deschanel and athlete John Salley — called out McDonald’s for the poor conditions it keeps its chickens in to make its famous McNuggets.

The video pointed out that the fast-food chain’s chickens are bred to be abnormally large, meaning that they cannot easily move, they’re in close confinement with other chickens, and they’re in constant pain.

The issue isn’t exclusive to McDonald’s. According to Compassion in World Farming, 70 percent of chickens raised for meat globally come from intensive industrial farms, meaning many nuggets on supermarket shelves come from chickens kept in these conditions. “Their short lives are spent in overcrowded, dimly-lit sheds with no access to the outside,” says the organization.

Meat-free nuggets offer consumers a way to enjoy the flavors they love without the animal welfare concern. And Asda isn’t alone in its product launch; other supermarkets and meat-free companies have tried their hand at making vegan nuggets, like Quorn.

“These taste exactly like real chicken nuggets, without the murder,” said one reviewer about Quorn’s vegan nuggets, which cost £2.50. “It’s become a staple ‘lazy food’ in me and my [boyfriend’s] diets. Couldn’t recommend them more.” Another added, “I could happily have these instead of chicken nuggets. They’re far nicer than expected.”

One sticking point for Quorn is the price point, according to many reviewers. In comparison, Asda’s new offering costs £1.50.