Both magazines launched in 2016 with the same goal: to support vegans and anybody curious about the lifestyle. Vegan First began as an online portal, connecting consumers with plant-based and cruelty-free brands, VegPlanet started in print, eventually reaching the global market with its stories on activism, travel, food, and vegan celebrity coverage. The publication, which has a team of writers and contributors from over 15 countries, can now be found in Barnes & Noble – the world’s largest bookstore.

Despite the fact that the two magazines were originally competitors, the brands wanted to unite to achieve their common goal – to grow veganism across India.

“I met Niranjan, the co-founder of VegPlanet last year and was impressed by his passion for veganism in India,” Palak Mehta, founder and CEO of Vegan First said in a statement. “I thought to myself we could’ve worked and built something substantial together had we met earlier. Later, when I met Zac, co-founder of VegPlanet, who initially ran this idea of a joint venture through me, I was pleasantly surprised by the positivity, dedication and clarity of the plan he had in growing a vegan magazine in Asia. It was something we had never done before. We connected instantly.” 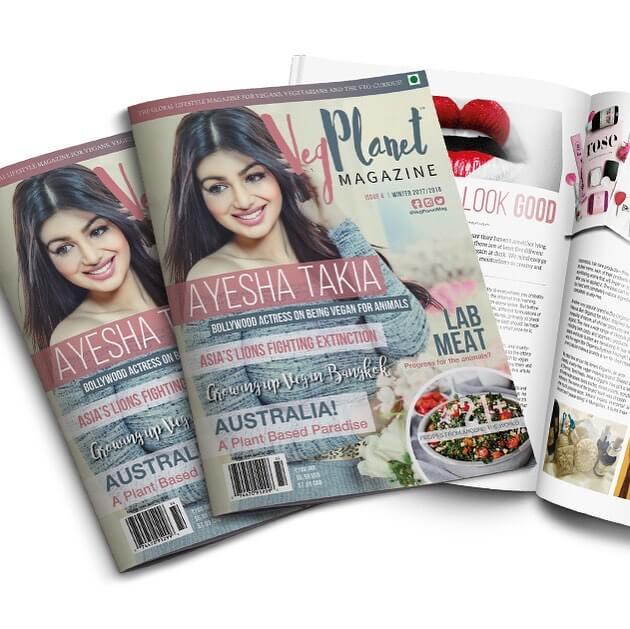 “We want to leave no stone unturned to churn out the best for our readers,” Mehta added. “We want to reach out to schools, corporates, restaurants, celebrities, and the masses. The messengers of the magazine will primarily be activists who spread this knowledge from their heart. Plant-based eating and the vegan lifestyle is the paradigm shift of our generation, and Vegan First Magazine looks forward to smoothly transition for the masses.”

RK Singh and Niranjan Amarnah, both co-founders of VegPlanet Magazine, added that their main aim now is to make Vegan First Magazine “the biggest and only media company in India that brings you all-things vegan both online and in print.”

Veganism has been growing in popularity across India, championed by stars such as Mallika Sherawat. Earlier this month, major vegan cheese brand, Violife, landed in stores across the country.