Atlanta is set to host a giant vegan block party.

Called the Plant-Based Cookout and Block Party, the Fourth of July weekend event is presented by The Urban Community Revitalization Project and hosted by Issa Prescott and Akumba Ashanti.

“Akumba and I felt it not only necessary, but revolutionary to challenge the paradigm of Fourth of July being such a meat-centric holiday,” Prescott told local news source Narcity. “As we learn the negative impact cattle farms have on the environment, this is a huge positive impact.”

The Plant-Based Cookout and Block Party will feature over 40 vendors, including comfort food caterer The Junkyard Vegan, Mexican food vendor Calaveritas, and more. It will also feature jewelry, art, apparel, and live music. 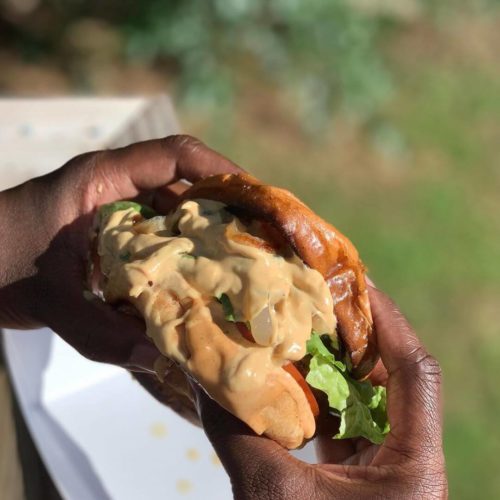 Teenage entrepreneur Mason Wright was recently featured at the top of PETA’s list of the best vegan hot dogs across the country for his cart, Mason’s SuperDogs. The 13-year-old was inspired to open his own business after visiting New York City and saved his money by washing dogs and mowing lawns.

“We had a vision,” Wendy told The Atlanta Journal-Constitution. “Pops made with organic, fair trade and locally grown ingredients, and as allergen-free as possible. We moved to Atlanta and saw this could be the right market, because Southerners were starting to pay attention to plant-based ingredients.”

According to Happy Cow — a guide for vegan and vegan-friendly restaurants — Atlanta is also home to a wide variety of restaurants, from Caribbean to Asian and raw vegan.