People in Australia are freaking out over this burger joint’s vegan beef, bacon, and cheese-stuffed burger.

Milky Lane created the $24 burger in response to demand, the company said online. “The amount of times we get asked for Vegan options is INSANE so we went over the top in [Milky Lane] style and recreated our Big Poppa,” it said. The eatery said the burger would be available in May only, teasing that if it is successful, “we may add it permanently.”

Since then, Milky Lane has told commenters on Instagram that it plans to extend its availability.

People were enthusiastic about the burger, with many not believing it is meat- and dairy-free. Social media users commented, “no way is this vegan,” and that the dish “doesn’t look very vegan.” Another commenter wrote, “Wow I’m not vegan or even vegetarian but I would totally try this. It looks so good.”

The company assured that the plant-based burger is made with a separate oven and stove and with different utensils than the meals that include meat. 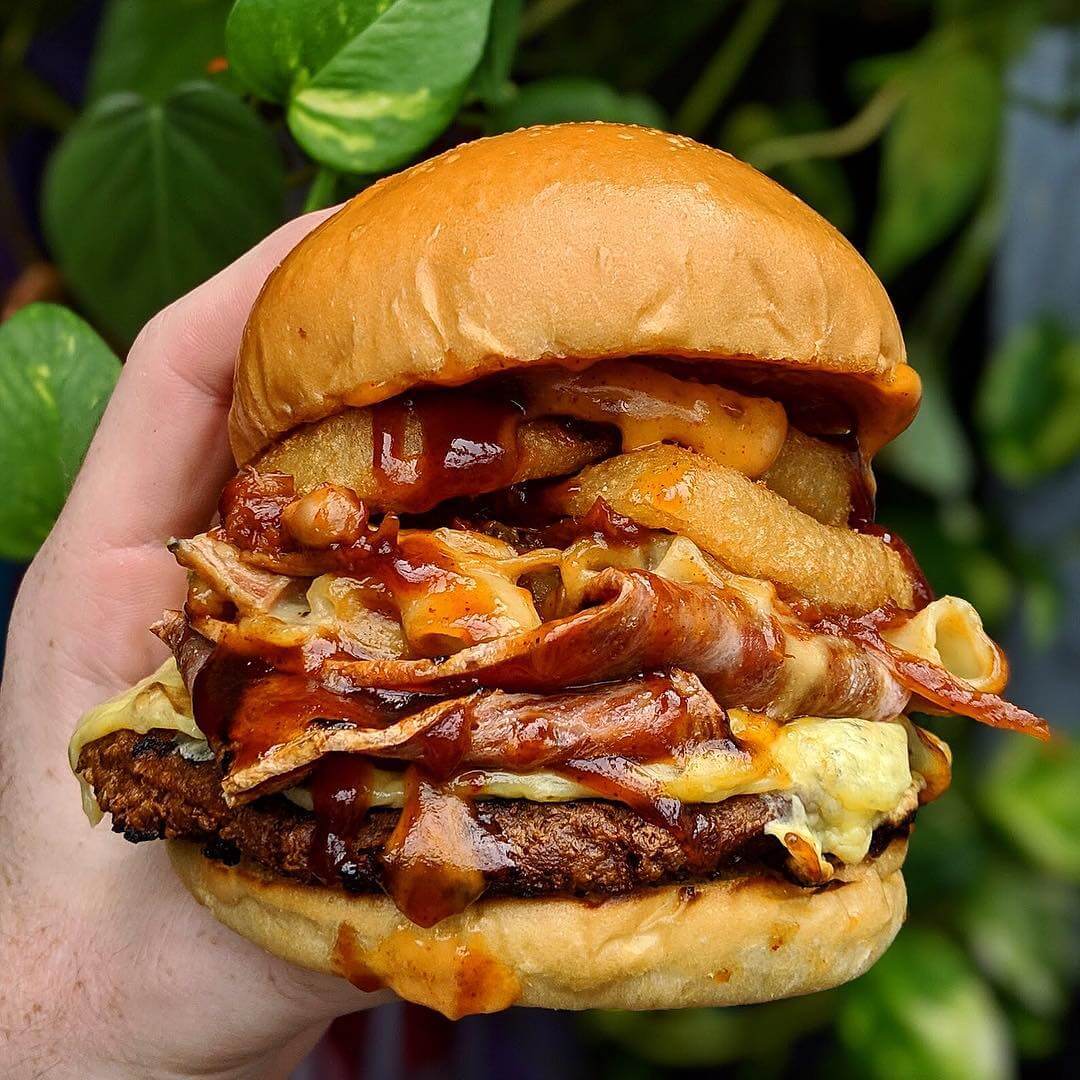 Co-owner and head chef of Milky Lane, Scott Findlay, was the personal chef of vegan musician Paul McCartney for 10 years. “Paul McCartney loved the taste of meat but didn’t want to eat it. So Scotty had to learn how to fake it!” Sydney radio station 2dayfm said in a video posted online.

“Upon eating [the vegan burger], we can confirm that Scotty mastered the art of fake meat!” the radio station added.

More Aussies are moving away from animal products for health, ethical, and environmental reasons. A recent report by independent research company Roy Morgan found that 2.5 million Australians – 12.1 percent of the population – eat meals that are all “or almost all” vegetarian, up from 2.2 million in 2014.

Food chains are working to keep up with demand. Last year, Hungry Jack’s introduced a vegan cheeseburger complete with two plant-based patties and dairy-free cheese. It also serves up vegan breakfast muffins topped with vegan mayonnaise and avocado. McDonald’s recently said it was developing meat-free food to cater to the “rising demand for vegan and vegetarian options.”