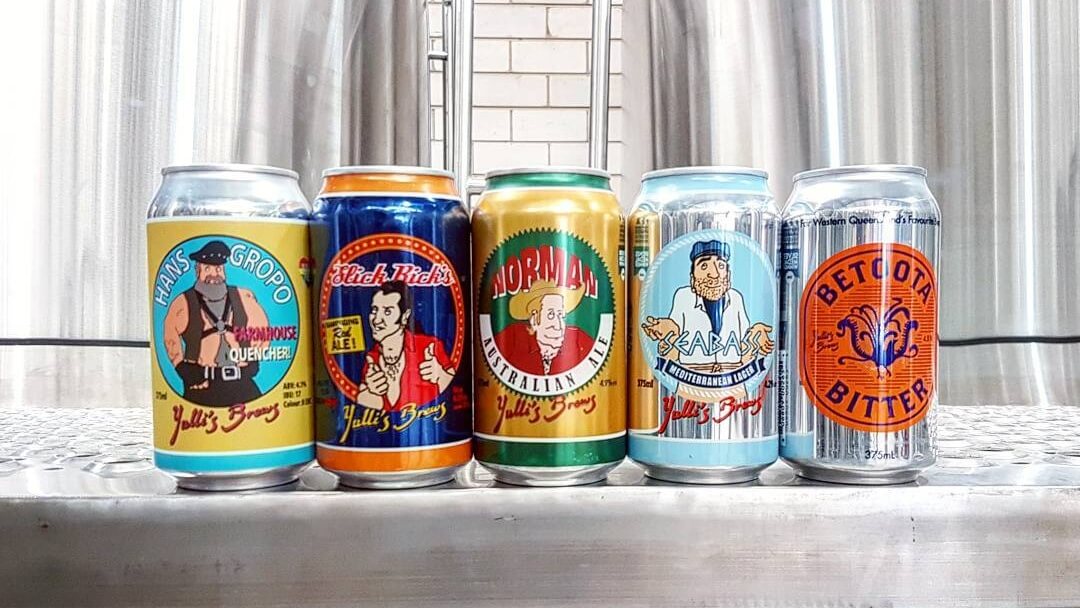 Created four years ago by James Harvey and Karl Cooney, Yulli’s Brews initially made craft beers for the vegetarian restaurant, Yulli’s, in Surry Hills. It then progressed to supply ale to more than 200 pubs and bottle stores across Australia. Now, the brand has gone one step further. A former mechanic’s garage turned double-story brewhouse now serves the company’s vegan beers and local wines and features a vegan restaurant.

According to Broadsheet Sydney, Cooney explained that “we couldn’t keep up with demand anymore and needed a space where we could control our own supply.”

Yulli’s Brews’ core range of brews are all on tap, including the favorite: Norman Australian Ale. New creations are also available. Harvey said, “Having this [new] facility gives us the flexibility and freedom to do all sorts of things. We’ve been brewing for the past six months and we’ve released half a dozen beers.”

12 Yulli’s Brews and full food menu available now. Here’s a couple of our gorgeous Gyros: The Korean and The Greek… And why not go a schooner of ‘Dolly Aldrin’, our Honeydew Berliner Weisse while you’re at it? 75A Burrows Rd Alexandria – tasting room now open!

In the restaurant, the menu takes influence from the different cultures of the Yulli’s team-members: Greek, Korean and Vietnamese, with nods to native ingredients such as lemon myrtle. Savory dishes such as gyros and dumplings are available, as well as a range of vegan desserts.

The new venue has a unique ambiance, located in a tranquil industrial strip in Alexandria. On the ground floor the bar can be found alongside spacious tables and bar-style stools. On the mezzanine, the decor consists of repurposed tables and chairs, ideal for a sit-down meal overlooking the brewery. According to Broadsheet, “The vibe is calm rather than bustling.”

The venue will also host live music and comedy nights.