Founded in 2012 by Julia McCarthy, the Australian brand produces “slow-made, high quality” fur clothing, according to Fashion Journal. It believes that fur has a “deep and rich heritage,” notes its website, and that the material is a “natural, renewable, biodegradable resource.”

A Shift Away From Fur

But the world is turning away from fur. Farming animals for their coats has been banned in the UK, Austria, Croatia, Germany, Serbia, Luxemburg, the Czech Republic, and Slovenia, among others. In Norway and Belgium, fur farming is being phased out before full bans are introduced.

California and New York are on their way to banning the sale of fur completely, and in Ireland, a fur ban was approved by the Cabinet last month. 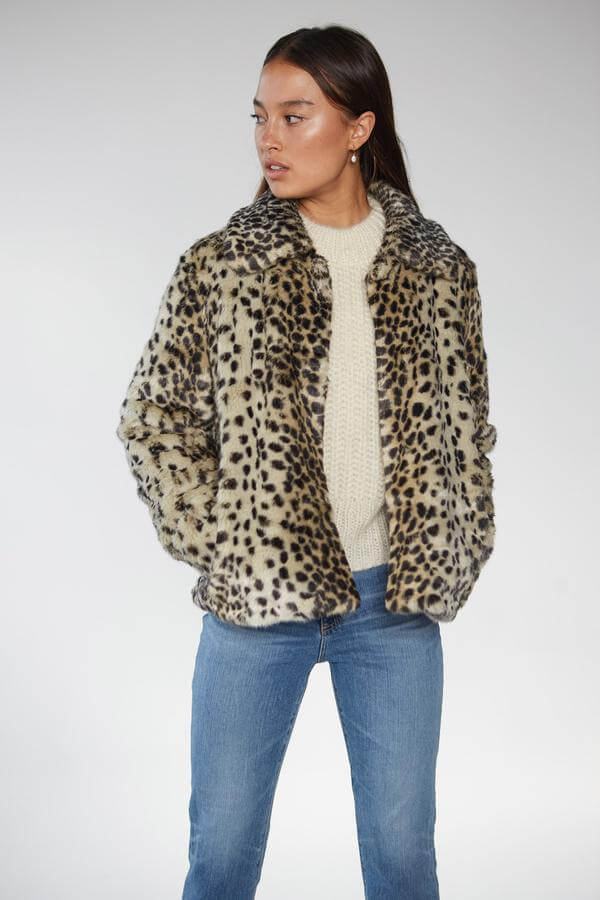 Designers are also turning their backs on fur. Gucci, Versace, DKNY, Prada, and Diane Von Furstenberg are just a handful of the major names that have introduced bans in the last two years.

Friends With Frank is not ditching fur completely — many of its designs use dyed rabbit fur — but it has launched three vegan coats made with faux material; the Harriet Teddy Coat, the Adeline Jacket, and the Maxine Jacket.

McCarthy said in a statement, “we initially dismissed faux fur as a fast fashion trend, but after researching and sourcing some really beautiful materials, we now feel that it’s just as capable of fulfilling our ethos around creating classic wardrobe staples that are made to last.”

According to animal rights organization PETA (People for the Ethical Treatment of Animals), fur sourced from China — where Friends With Frank’s clothes are made — is produced in a cruel environment. It notes on its website, “every single fur farm that PETA Asia has visited in China — the world’s top fur exporter — has been beyond cruel.”

Rabbits are killed for their fur when they’re six months old, the organization reports, unless kept for breeding. The normal life span of a rabbit is around 10 years.

“No matter where it comes from — China, Sweden, the U.S., or anywhere else in the world — fur is always the product of a cruel industry,” says PETA. “Please, refuse to wear or buy fur, and urge your family members and friends to do the same.”