Australia’s leather industry is at an all-time low as consumers opt for vegan alternatives.

Denis King, executive officer of the Australian Hide Skin and Leather Exporters Association, told ABC Australia: “The leather industry is in one of the worst depressions it’s been in in living memory. Talking with people who have been in the industry for 40 or 50 years, they’ve never seen the industry in as bad a shape as it is.”

The nation exports animal skins to other countries, where the tanning process is carried out. Skins are then shipped back to Australia to be made into goods such as shoes, bags, and jackets. According to King, the cost of prepping and shipping untanned hides outweighs the sale price.

King also points the blame at new materials for vegan shoes and clothing as well as the high price of wool. He explained that sheep are arriving already shorn while in the past, there would be at least an inch of wool “that would have gone into the sheepskin side of things for warm jackets.” 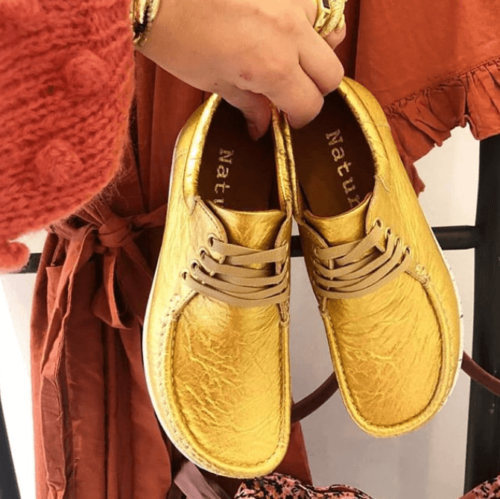 Many have opted to ditch leather due to ethical conflict with killing an animal for clothing. But, the industry also has a negative impact on the environment beyond carbon emissions from cattle. Animal skins are treated with chemicals in order to prevent rot.

Leftover substances are dumped, typically in regions of the world with few environmental regulations like India, China, and Bangladesh, per Gizmodo. Hides may be treated with chemicals a second time as well as pesticides to prevent mold growth during transportation. Seventy percent of untreated hide is discarded. Chromium, one of the chemicals used to treat leather, often makes its way into water and is a huge health hazard to leather industry workers.

The vegan leather market is set to reach $85 billion by 2025, according to marking consultancy Grand View Research. Fossil fuel-derived PU leather may still be the king of faux, but the tide is turning. Jocelyn Thornton, senior vice president of creative services at the retail and fashion advisory firm Doneger Group, told Bloomberg that consumers want options that “are better for the environment, better for the future.”

More sustainable vegan leathers have come to the forefront in recent years. British designer Stella McCartney makes vegan leather from recycled polyester. Piñatex is made from pineapple leaf fibers leftover from the fruit industry, saving 1.3 million tonnes of waste each year. Its sustainable faux leather has been used by HUGO BOSS, H&M, and Po-Zu. Other brands making use of waste include Apeel, which uses apple peels; Malai, which uses coconut water; and corn leather — French brand Veja launched a sneaker featuring a faux leather made from 50 percent corn industry waste.