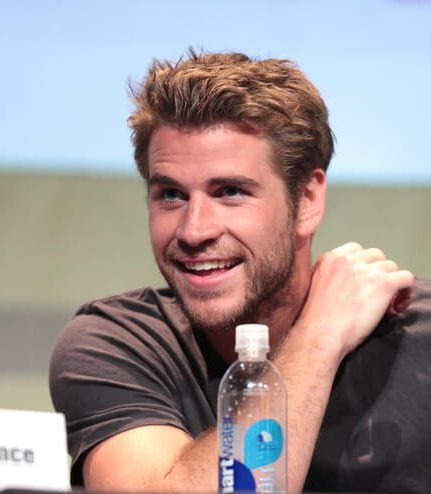 The Hemsworth family is a family of beautiful sons. First, there’s Chris Hemsworth, known most popularly as Thor, who is so hunky it should be illegal. And then there’s Liam Hemsworth, Hunger Games star, animal lover, one half of a vegan power couple — with Miley Cyrus being the other half — who was just named Australia’s Sexiest Vegan Celebrity by PETA.

This is not Liam’s first time winning this kind of award. He won the same title, only in the United States, last year. It’s not hard to see why he picked, again. His Instagram feed alone is a testament to his attractiveness, with not only gorgeous pictures of himself but also a mix of pictures of Miley and adorable animals. Just look at him!

The 27-year-old actor and animal activist said it was Hunger Games co-star Woody Harrelson that convinced him to go vegan.

Hemsworth wasn’t alone in receiving this honor. One male-identifying person is recognized and one female-identifying is as well. In this case, the other person recognized was drag superstar Courtney Act, popular for her beauty, humor, singing talent, and successful run on RuPaul’s Drag Race season 6, among many things.

Earlier this year, Hemsworth made a call to his 9.7 million followers on Instagram to watch the famous vegan documentary, What the Health. “If you care about your health, animal welfare or the planet we all live on, you must watch this documentary.”

In a previous interview, Hemsworth said, “Having grown up with a love for and connection to all animals, and having been educated on the health benefits of a plant-based diet, it only made sense for me to go vegan.”

Let’s hope more people follow his example because the only thing better than great genes is a heart full of love and compassion.