Popular vegan Australian fast-food burger chain, Lord of the Fries, says it should have “some news” about UK locations opening soon. The company made the announcement in a Twitter comment.

“We’ve always known India would be a great destination for us, knowing that much of the culture there is vegetarian,” co-founder Sam Koronczyk said in a recent interview.

Lord of the Fries opened in Melbourne in 2004, long before vegan fast-food was the booming market it is today. The co-founders Amanda Walker and Mark Koronczyk found themselves craving “the perfect fry” to no avail; it was one soggy, frozen fry after another. So the duo enlisted Mark’s brother Sam to help create a fry that passed muster and launched a van selling fries and homemade sauces across the country before landing a permanent location in Melbourne. The chain now boasts six locations, including its most recent launch in New Zealand and a cult following. 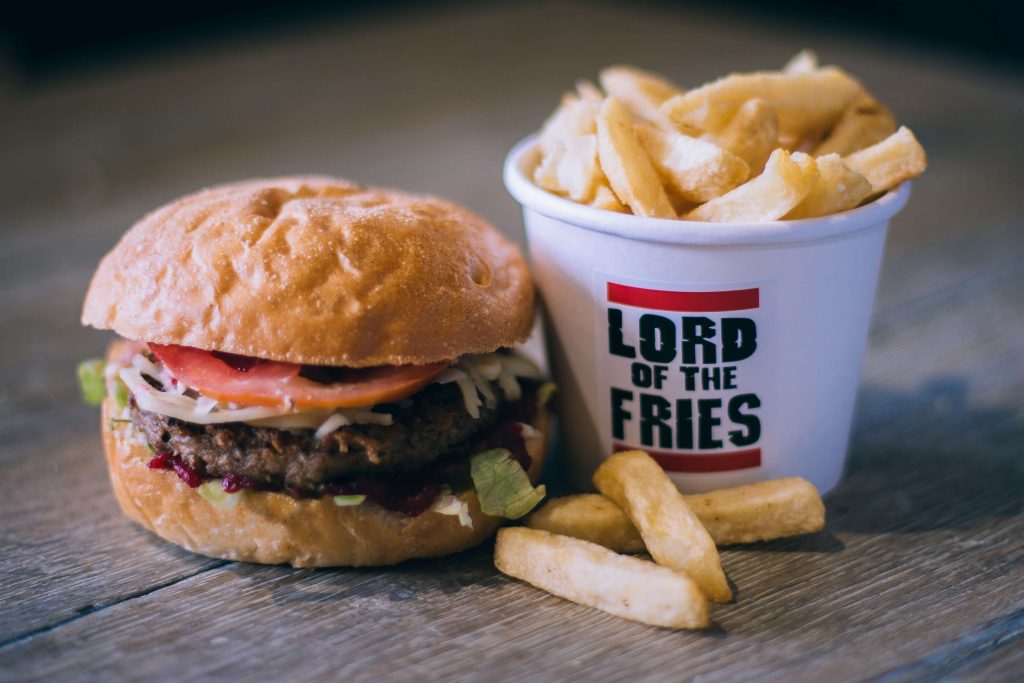 What started with fries quickly took off into other categories: the chain now sells burgers, onion rings, hot dogs, and nuggets. “The Lord is Vegan, Kosher and Halal; she is inclusive as can be and loves everyone,” the company notes on its website.

The UK expansion would put Lord of the Fries in good company; the UK has become a hotbed for vegan food recently with a growing number of restaurants adding vegan items or making their menus entirely vegan. Vegan market stalls and fully vegan markets have been popping up in the region. And the nation’s leading supermarket chains are all embracing the plant-based diet with private-label vegan ready meals, dedicated vegan sets in stores, and an ever-expanding roster of vegan products.

Lord of the Fries became the first chain in Australia to launch the popular Beyond Burger from U.S.-based Beyond Meat. The vegan patty is made from pea protein, coconut oil, and beets, which give it a “bleeding” appearance. It has become one of the most popular items wherever it’s sold. The chain’s only New Zealand location just added the Beyond Burger to its menu last week.