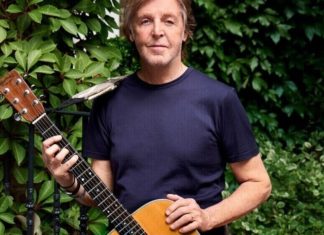 Kat Smith - June 11, 2020
0
Paul McCartney wants only one thing for his birthday: for people to ditch meat. The musician, who turns 78-years-old on June 18, wrote a guest blog post for international animal rights group PETA (People for...
Read more 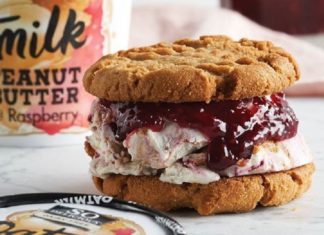 Danone Will Use AI to Improve Its Vegan Dairy Alternatives 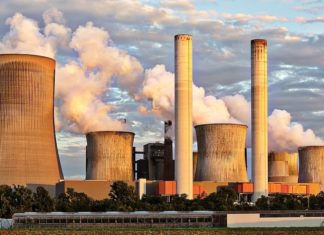 Kat Smith - June 9, 2020
0
Europe's greenhouse emissions from energy continue to fall as countries pivot from coal to renewables. By 2030, 13 EU countries will be coal-free. The move toward more sustainable forms of energy has seen emissions drop,...
Read more 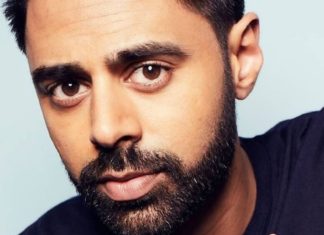 Kat Smith - June 8, 2020
0
"Patriot Act" host Hasan Minhaj explained how six companies came to control the majority of the U.S. meat industry. More than 5,000 meat plant workers have been infected and at least 20 have died as...
Read more 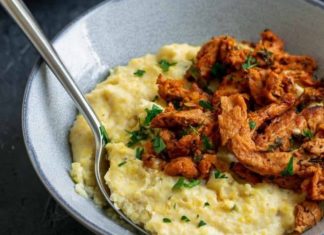 Kat Smith - June 5, 2020
0
Chicken and waffles. Cornbread. Mac and cheese. Biscuits and gravy. You can rarely go wrong with soul food and these vegan Southern food recipes are proof of that. Although these dishes can be found in...
Read more 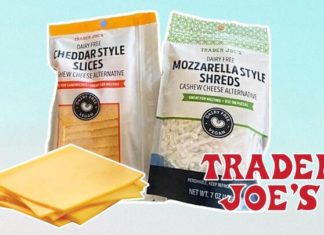 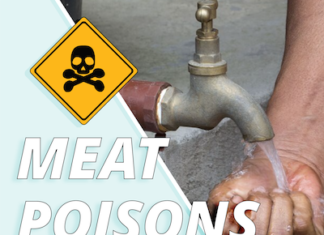 Is MEAT POISONING Our Water?

Kat Smith - June 2, 2020
0
Freshwater makes up a small fraction of the earth’s water. The UN estimates that by 2025, two-thirds of the global population will live in areas affected by water scarcity. Another issue is that it disproportionately affects People of Color, and the situation is expected to get even worse. Only 0.007% of water is available to a population of 6.8 billion people.
Read more 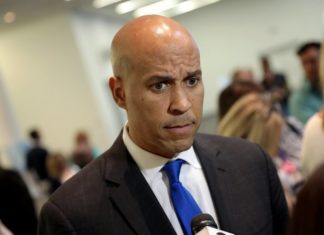 Kat Smith - May 31, 2020
0
New Jersey Senator Cory Booker has addressed the protests taking place across the country in response to the death of 46-year-old George Floyd at the hands of Minneapolis police. On May 25, Floyd, who was...
Read more 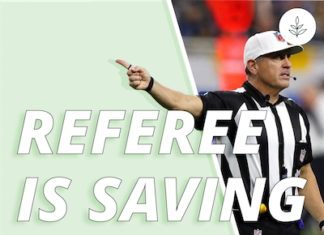 Kat Smith - May 29, 2020
0
This week's news: NFL referee John Hussey created a platform that connects animal rescue campaigns with funders. Barcelona-based food tech start-up CUBIQ Foods has secured €5 million in funding for its vegan SMART FAT. The European Commission is also looking to promote sustainability through plant-based and alternative proteins. Hong Kong-based company Green Monday is making vegan spam and pork shoulder under its Omnipork brand. A U.K. lamb farmer-turned-vegan-activist is working to end livestock farming. In Ghana, more than 500 cases of coronavirus have been traced to a tuna cannery. Nurses in Delaware called for slaughterhouses to close amid the coronavirus pandemic. Wuhan has officially banned the sale and consumption of bats and other wild animals. Joaquin Phoenix and Rooney Mara are reportedly expecting their first child together. The vegan couple has also backed Beyond Meat's Feed A Million+ campaign. Leonardo DiCaprio is working to protect Virunga National Park’s endangered mountain gorillas. Animal lovers are paying tribute to Natasha Brenner, a fixture in the New York animal rights movement who died this week at age 98.
Read more 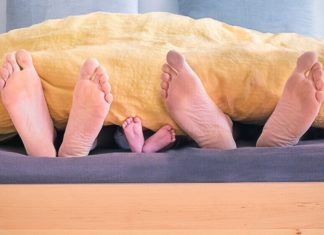 Can a Vegan Diet Improve Your Sleep?

Kat Smith - May 28, 2020
0
Can a vegan diet improve your sleep? A lot of us have had those nights where we know that we need to wake up earlier than normal, but—instead of letting us sleep—our mind repeats...
Read more 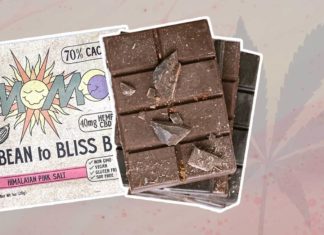 Kat Smith - May 25, 2020
0
Chocolate is more than just an indulgent treat. It can help take the edge off of stress. Really. Studies show that regularly eating at least 70 percent dark chocolate may improve mood. And that’s...
Read more 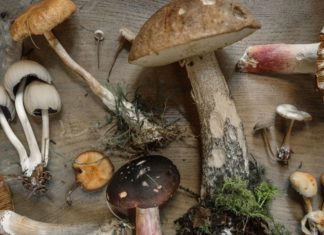 Mushrooms May Be the Best Weapon Against Climate Change

Kat Smith - May 25, 2020
0
Finding sustainable alternatives to everyday, resource-intense food and objects is necessary for reducing our impact on the planet. And mushrooms may be one of the most versatile options. Mushrooms, specifically mycelium, the thread-like roots, have...
Read more 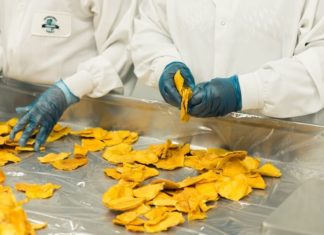 Nestlé Is Building Its First Vegan Food Factory in China

Kat Smith - May 25, 2020
0
International food giant Nestlé will build its first vegan food facility in China. The facility, located in the Tianjin Economic-Technological Development Area, should have  its first range of plant-based meat may be ready for distribution...
Read more 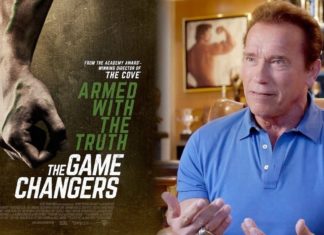 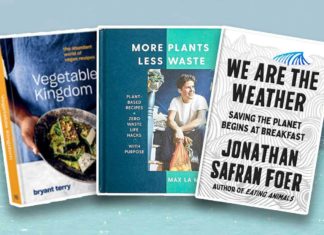 Kat Smith - May 23, 2020
0
Summer is already just around the corner. Now is a good time to start building your summer reading list—but where to start? From analyses of how the government props up Big Meat and Dairy...
Read more 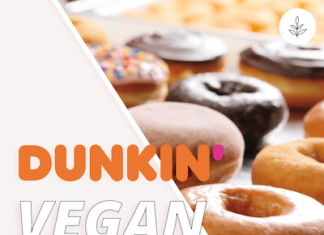 Kat Smith - May 22, 2020
0
This week: Dunkin' announces it is developing a vegan donut. The alternative protein market has attracted large investments in 2020. Former hedge fund manager and host of CNBC's "Mad Money," Jim Cramer says investors shouldn’t ignore the plant-based meat market. English actor Stephen Fry is encouraging people to go plant-based for the environment. More than 200 prominent public figures⁠ and celebrities including Penélope Cruz, ⁠Adam Driver, Robert De Niro, and Cate Blanchett also called for environmental action. Snoop Dogg says eating plant-based is good for your health, too. Due to a milk surplus caused by dropped demand during the coronavirus pandemic, farmers are sending milking cows to the slaughterhouse earlier than usual. Democratic Senator Tammy Baldwin is calling for meat companies to be more transparent during the pandemic. Ikea just released the blueprints for its sustainable, Garden Sphere for free. Australian underwater tourism company Passions of Paradise is regrowing the Great Barrier Reef amid the pandemic. A vegan restaurant in Amsterdam is experimenting with greenhouse dining to respect social distancing measures. Margate, a seaside town on England’s southeast coast, is getting a vegan hotel fit with a restaurant and a rooftop terrace.
Read more 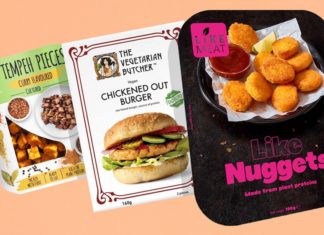 Kat Smith - May 20, 2020
0
The European Commission presented its plans to help the European Union become carbon neutral by 2050 on Wednesday. As part of the European Green Deal, the Commission, the executive branch of the EU, has...
Read more 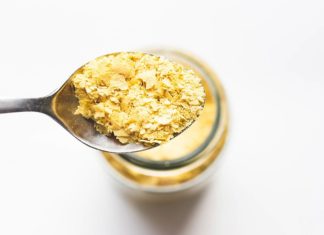 Nutritional Yeast Has Benefits, Even If You’re Not a Hippie

Kat Smith - May 18, 2020
0
Nutritional yeast—you'll see it called for in vegan cookbooks and on recipe blogs as a key ingredient in dairy-free sauces and cheeses of all types. Also known as "nooch," nutritional yeast, became popular in...
Read more 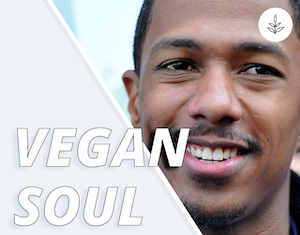 Kat Smith - May 15, 2020
0
This week on LIVEKINDLY News - Actor and comedian Nick Cannon just opened a vegan soul food restaurant in Los Angeles. With 18 million humans hunkered down in India’s largest city, more than 100,000 flamingos flocked to Mumbai. Tyson Foods—one of the world’s largest meat companies—has revealed pork production in the U.S. had dropped a staggering 50 percent due to the outbreak. Comedian Ricky Gervais says “eating things you [censored] shouldn’t” causes pandemics like the coronavirus outbreak. Florida Senator Marco Rubio says the nation will have to go “a little vegan" during the pandemic. Instead of working in slaughterhouses, former workers could train to make vegan meat through a new program launched by People for the Ethical Treatment of Animals. Pakistan has hired out-of-work laborers to plant billions of trees. A new report from the University of Michigan and Tulane University revealed replacing 50% of animal products in the U.S. diet with plant-based foods can significantly reduce emissions. Detroit resident James Vreeland has built a tiny restaurant for squirrels while on coronavirus lockdown.
Read more 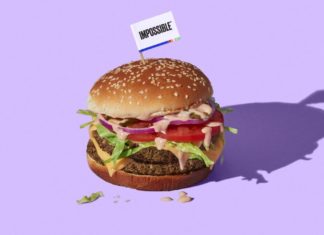 Nearly $1 Billion Invested In Alternative Proteins This Year, Surpassing All of 2019 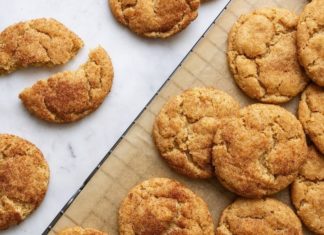