The Moving Mountains Banger delivers the same look, sizzle, smell, and taste of a pork-based sausage but it’s made with all-natural, animal-free ingredients. Oyster mushrooms make up the base of the sausage, offering protein, calcium, potassium, iron, and anti-inflammatory properties. Beetroot gives the vegan meat its color and “succulent texture,” Moving Mountains says in a press release, and is a rich source of calcium, iron, and vitamins A and C.

The plant-based banger also contains pea protein, soy, oats, and coconut oil. The sausage skin is made with algae.

Moving Mountains adds vitamin B12 to the meat-free banger so that it can best compete with an animal-based sausage. Vitamin B12 helps maintain the body’s nerve and blood cells and assists in the creation of DNA. The vitamin is found in meat but it typically does not end up there naturally. B12 is added to the feed given to factory-farmed animals because modern farming does not allow animals to ingest it themselves from the soil. Research suggests 55 to 90 percent of the world’s synthetic B12 is consumed by farmed animals.

The Moving Mountains Banger has no cholesterol, antibiotics, or hormones. It delivers 18 grams of protein per 100 grams of vegan meat, which is around the same as pork sausage.

Simeon Van der Molen, the founder of Moving Mountains, said the team is “delighted” about the launch. “We have spent years perfecting the recipe with a team of scientists, farmers, and chefs and it is the closest replication to a pork sausage in the UK,” he said. “It provides a real solution to the environmental impact of the animal agriculture industry, without compromising on taste for vegans, vegetarians, and meat-eaters.” 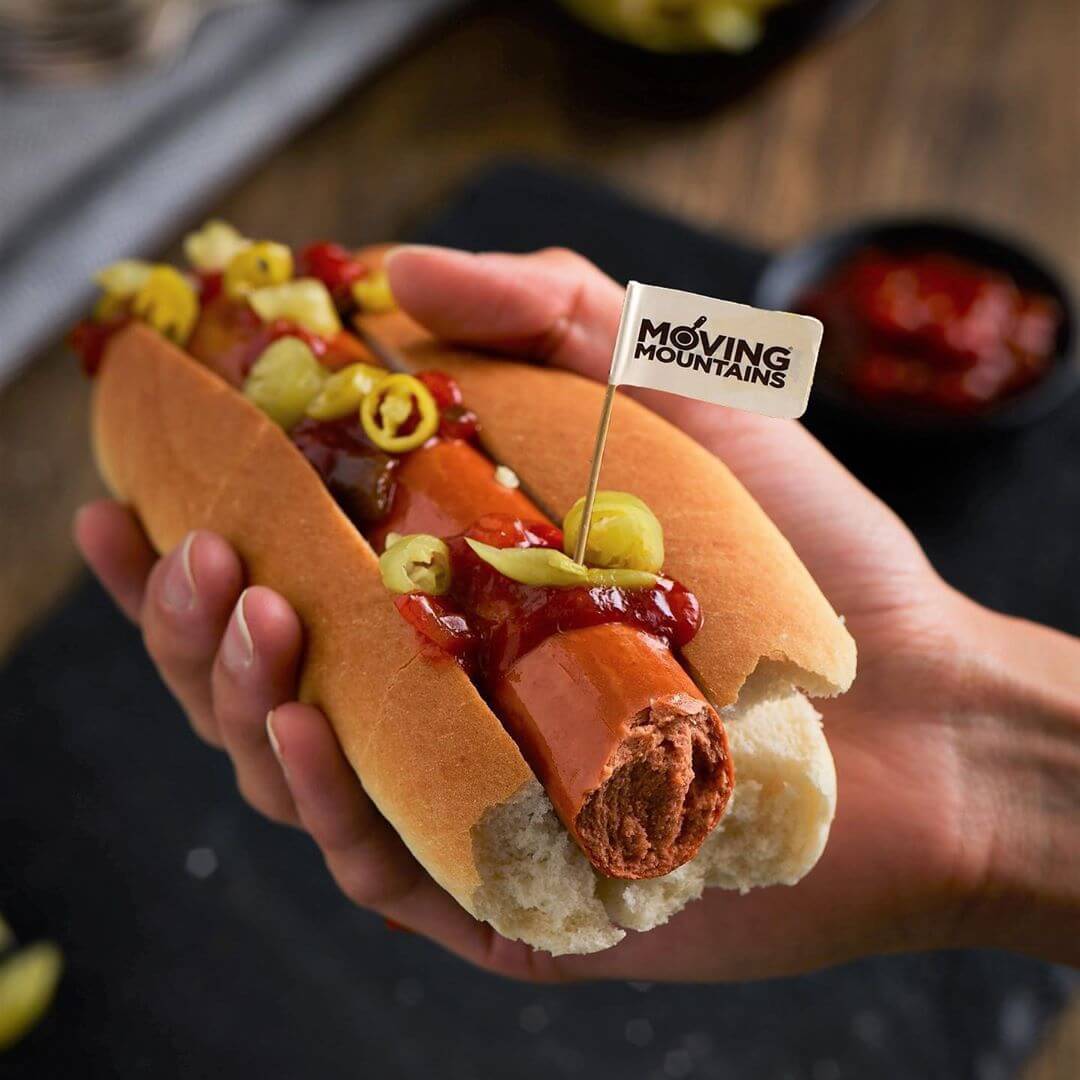 The Moving Mountains Banger follows the launch of its vegan burger patty and hotdog. Earlier this year it was announced that the Moving Mountains Burger — which contains pea protein, wheat protein, mushroom, and B12 — would roll out to more than 200 hospitals, schools, and universities across the UK.

The company’s vegan hot dog arrived on the scene in May. It’s made mostly with nutrient-rich sunflower seeds as well as onion and paprika. The hot dog is 3cm wide and 10 inches long – four inches longer than a regular pork hot dog.

The vegan Moving Mountains Banger will be available in restaurants in the UK later this year.