Backstreet Boys member Nick Carter knows the shape of his heart — and it looks like a pint of vegan ice cream?

The pop star was seen in an Instagram Story shared by New York-based Van Leeuwen ice cream. The frozen dessert brand, with shops and trucks in New York and Los Angeles, is known for its inventive vegan flavors. Carter was seen enjoying a pint full of the vegan peanut butter chip flavor.

Carter joins a growing number of people opting for vegan food as part of a flexitarian lifestyle. The Duchess of Sussex Meghan Markle has put the flexitarian diet on the map with her mostly vegan diet having an influence over other members of the royal family including her husband Prince Harry. Princess Beatrice recently announced a vegan birthday party. Even Prince Charles goes meatless now a few days a week. 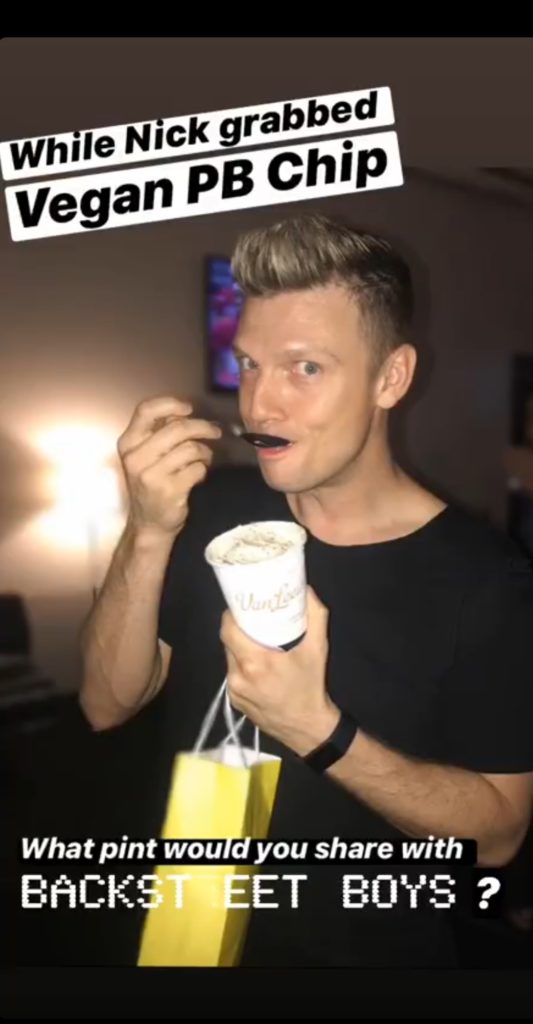 Flexitarianism on the Rise

Other notable flexitarians include pop icons The Carters — husband-and-wife duo Beyoncé and Jay-Z. Both have taken the Greenprint pledge, vowing to eat more plant-based meals. Beyoncé recently released a short video showing her 44-day vegan journey leading up to her Coachella performance in 2018.

Jay-Z recently joined other Flexi celebs including Katy Perry in investing in vegan meat brand Impossible Foods. The Bay Area vegan burger brand has helped define the flexitarian market with its meatless patties served at fast-food restaurants including White Castle, Red Robin, and most recently, Burger King. The “Impossible Whopper” has already earned a cult following; sales have spiked by as much as 18 percent for the chain since the launch. 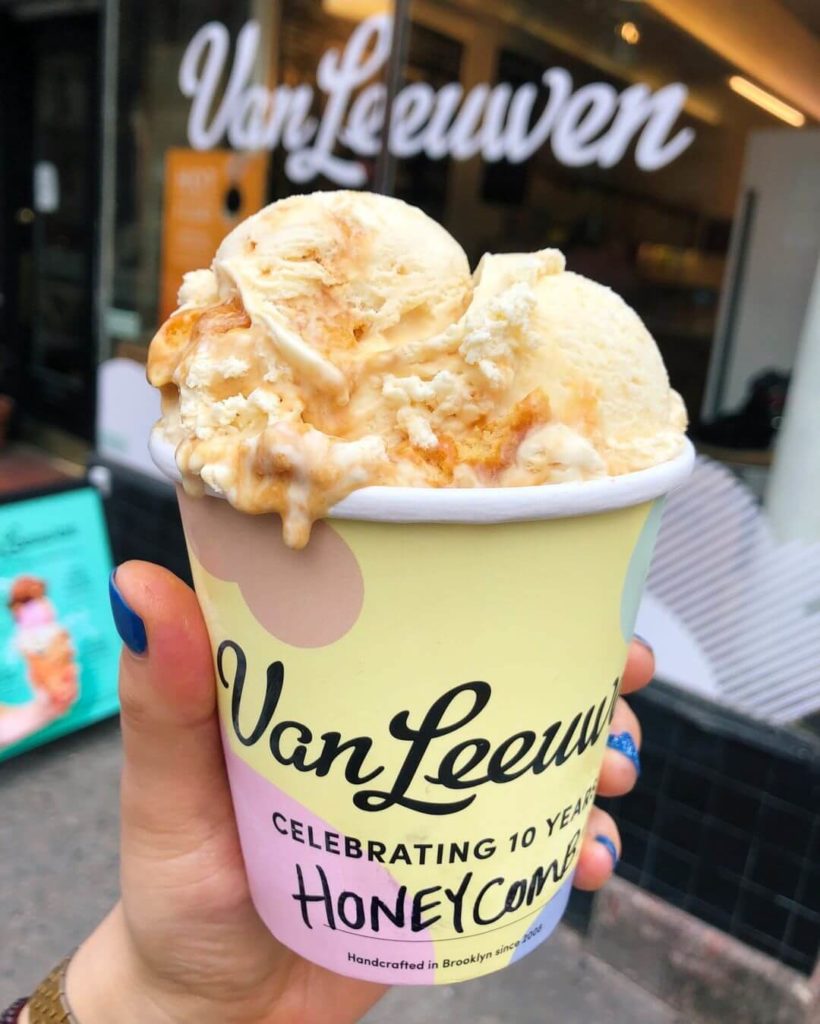 While the bigger brands are taking dairy-free to the mainstream, artisanal brands like Van Leeuwen may be leading the direction in terms of flavors and ingredients.

“We make time for the things we care about. That’s the stuff that keeps everything interesting, because when you’re running your own business, it’s your entire life,” Van Leeuwen co-founder Laura O’Neill O’Neill told Forbes last year. “So if it’s stressful at some point and that’s the only thing you have, then you’re just living in that stress. It’s therefore important to not have all your life’s eggs in one basket.”

The company, now in its 11th year, also relies on the business practice of “Kaizen,” which means “continuous improvement.”

“So the idea is that you’re always in the continuous pursuit for perfection,” O’Neill says. “We apply that to everything we do at Van Leeuwen.”

Consumers are responding positively to the expanding dairy-free categories. Sales of vegan milk have outpaced those of traditional dairy and the frozen dessert market is proving fruitful as well. The global artisanal ice cream market is expected to surpass $22 billion by 2027 with the dairy-free category making up a significant chunk of premium ice cream sales, according to recent data from Market Insights.